Baldwin jelling on the court 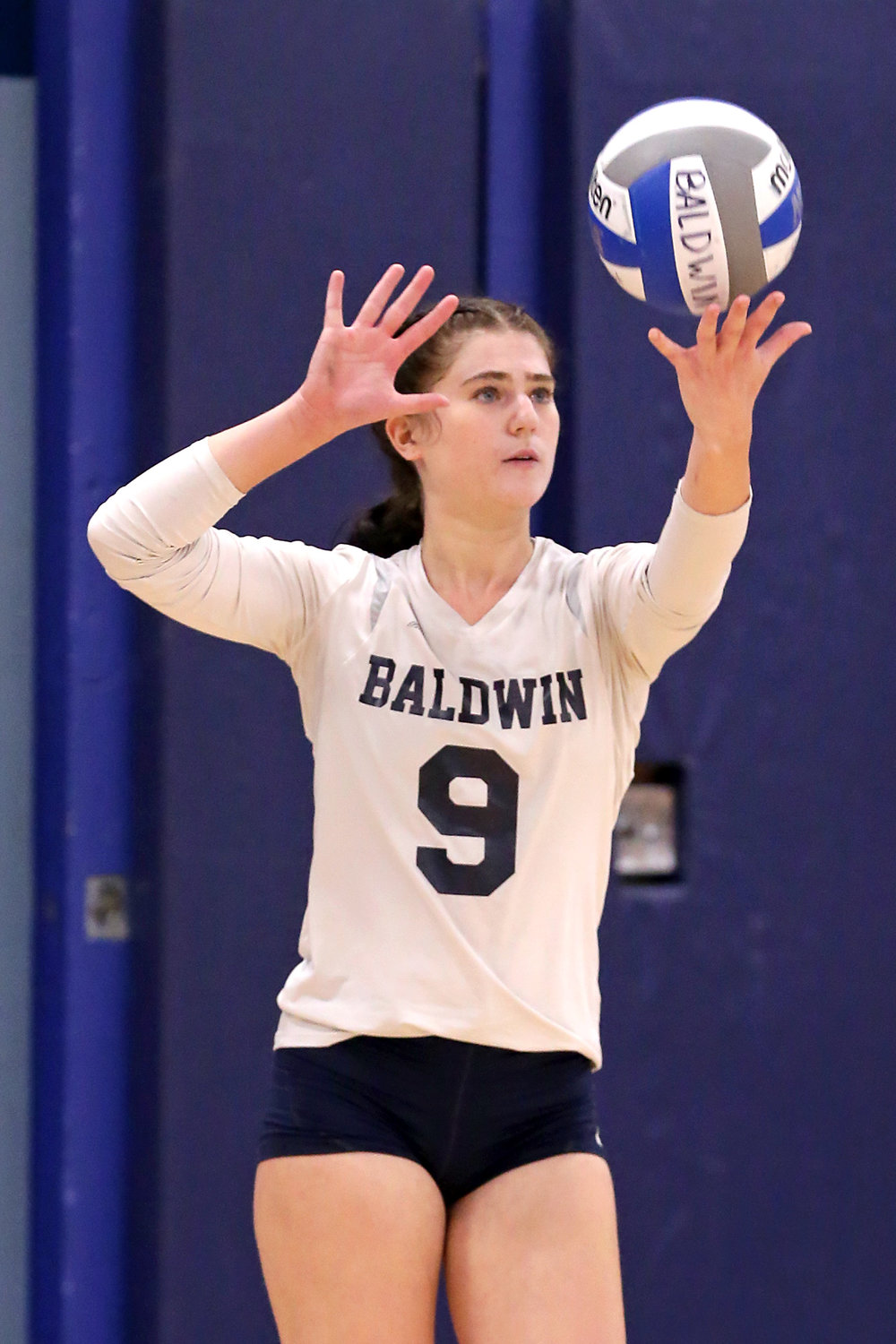 Senior hitter Ava Reyer is a key piece of the offensive puzzle for Baldwin, which is off to a roller coaster 2-3 start.
Brian Ballweg/Herald
By Brian Kacharaba

The Baldwin girls’ volleyball team has had an uneven start to the 2022 season as it continues to mesh some new starters with the experienced veterans, but more positive results could be on the horizon with the team’s talent and chemistry on the court.

The Bruins fell to 2-3 on the new season after getting swept at home by Syosset (18-25, 17-25, 16-25) last Saturday, but coach April Mosca did see some positives that the team could build on as it enters its six-day break.

“Our back row defense was good, our serve-receive was good,” Mosca said. “They have two really strong middles that we haven’t seen yet on any team, so that was the thorn in our side this game. We’re hanging in there.”

The Sailors were coming off a 3-1 win against visiting Oceanside four days earlier, winning the first two games by 25-18 and 25-14 scores before closing it out with a 25-17 triumph in the fourth set.

Baldwin, whose other win was in the season opener at Wheatley on Sept. 12, had seven seniors graduate last spring, another transferred to a different school, and senior Dally Moreno, a star defender last fall, suffered a knee injury during last winter’s basketball season that forced her to miss the volleyball season.

But despite all that, Mosca has been impressed with the makeup of this year’s club.

“As far as the team goes, the chemistry this year is off the charts better than it was last year, which I’m very happy about,” Mosca said. “The girls all get along, they’re playing a lot better and every practice they’re getting better and more competitive.”

Senior hitter Ava Reyer and junior outside hitter Kate Heuser, two holdovers from last year, are both off to strong starts because of their ability to hit around blocks and aggressiveness on the court.

“She’s just consistently on,” she said. “She has one of the highest serving percentages on the team [and] she averages about 10-12 kills a match. She’s like a utility player. You can put her anywhere. She’s one of those players that you don’t want to take off the court.”

Senior Gabrielle Beloney is the only six-footer on the team and, not surprisingly, is the team’s best blocker with an average of about six stuffs a game to go with a high hitting average offensively.

“When she gets set, it’s all a matter about passing,” Mosca said. “It’s usually like a 100-percent hitting average.”

And that passing is mostly coming from new starting setter Emma Grochowski, whose distribution has greatly improved because of her steadier hands and setting away from the block, according to Mosca. Libero Dylan Reyer has the most digs on the team defensively and fellow senior Aneyssa Gathers has been a dependable fill in at outside hitter.

The Bruins resume their schedule against undefeated Massapequa (5-0) this Friday before returning home to face Plainview Old-Bethpage (3-2) three days later.