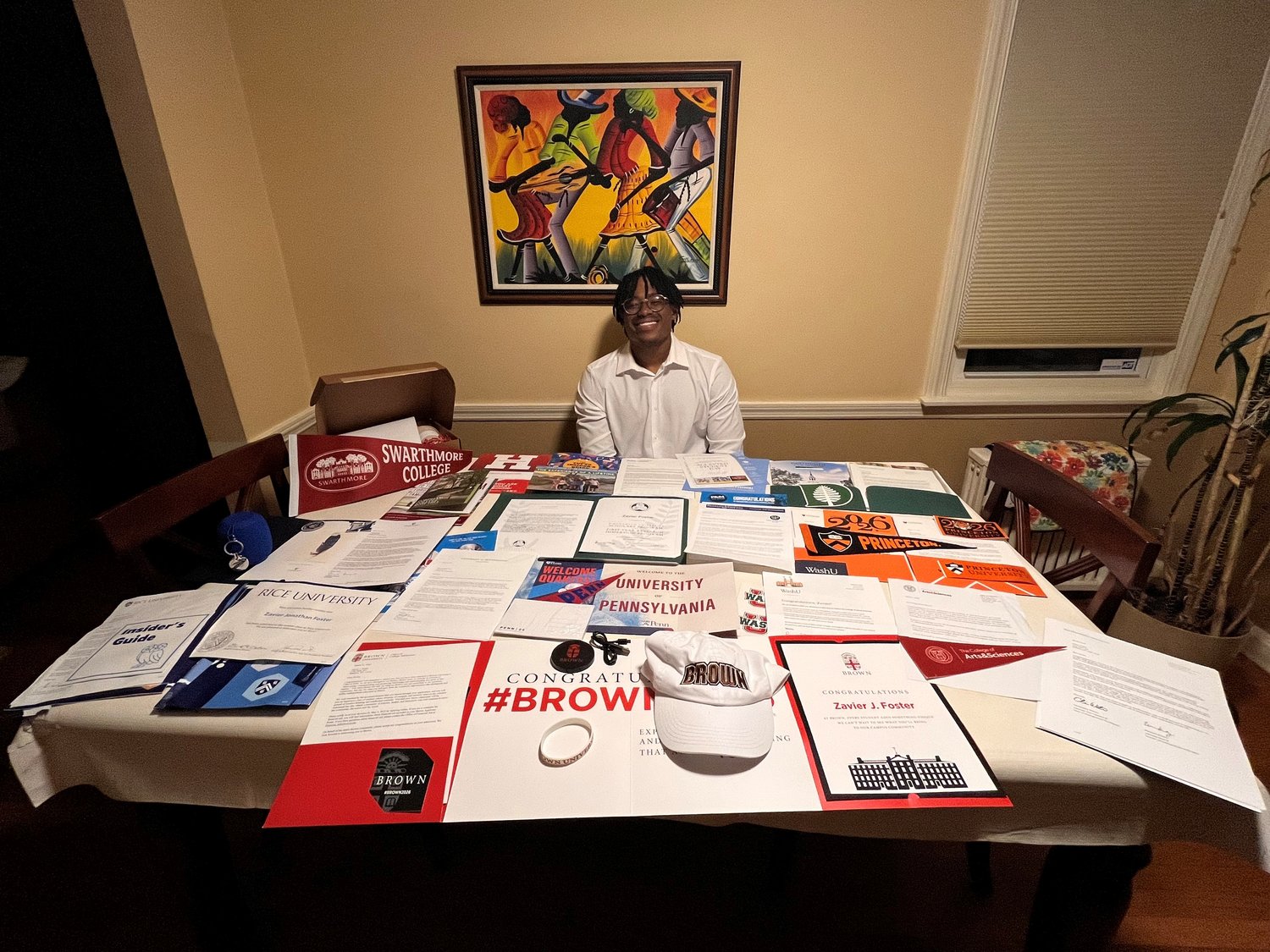 Zavier Foster, a graduating senior at Baldwin High School, has been named one of 620 semifinalists in the 2022 U.S. Presidential Scholars Program. The semifinalists were selected from a pool of over 5000 candidates chosen from nearly 3.6 million students expected to graduate from U.S. high schools in 2022. He is among five other semifinalists from Long Island and 24 from across the New York state. Scholars are selected based on superior academic and artistic achievements, leadership qualities, strong character and involvement in community and school activities.

“We are so proud and thrilled that Zavier is being recognized as a semifinalist,” said Dr. Neil Testa, principal of Baldwin High School. “He epitomizes all that makes the Baldwin community so wonderful, and he has set an exceptional model for our younger students to aspire to.”

Dr. Shari Camhi said a congratulations to Foster, elaborating that, “To be chosen as semifinalist in the 2022 U.S. Presidential Scholars Program out of thousands of high school candidates is an incredible achievement and well-deserved.” Saying his abilities including being, “An exceptional, hard-working, bright and talented student who continues to serve as a wonderful example to his peers and community members.” Concluding that, “We are extremely proud to call him one of our own.”

The U.S. Presidential Scholars Program was established in 1964 by executive order of the president to recognize the nation’s most distinguished graduating seniors for their accomplishments in areas such as: academic success, leadership, and service to school and community. The program was expanded in 1979 to recognize students demonstrating scholarship and talent in more areas including the visual, creative, and performing arts.

In 2015, the program was enlarged once again to recognize students who demonstrate ability and accomplishment in career and technical fields. Annually, up to 161 U.S. Presidential Scholars are chosen from among the current year’s senior class, representing excellence in education and the promise of greatness in America’s youth. Inclusion in the U.S. Presidential Scholars Program is considered a high honor bestowed upon graduating high school seniors.

A panel of educators reviewed the candidate submissions and selected the semifinalists. The Commission on Presidential Scholars, a group of up to 32 eminent citizens appointed by the President, will select the finalists, and the U.S. Department of Education will announce the Scholars in May. The Presidential Scholars Class of 2022 will be recognized for their outstanding achievement in late June with an online National Recognition Program.