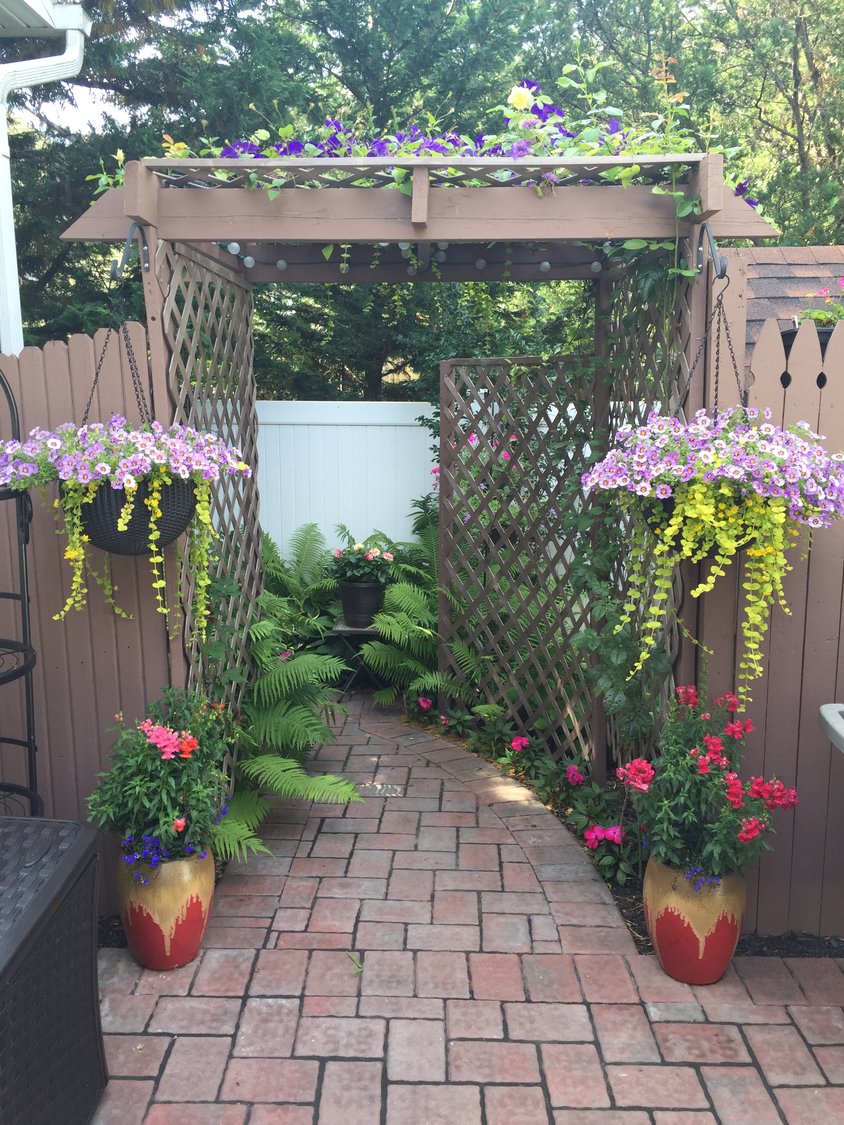 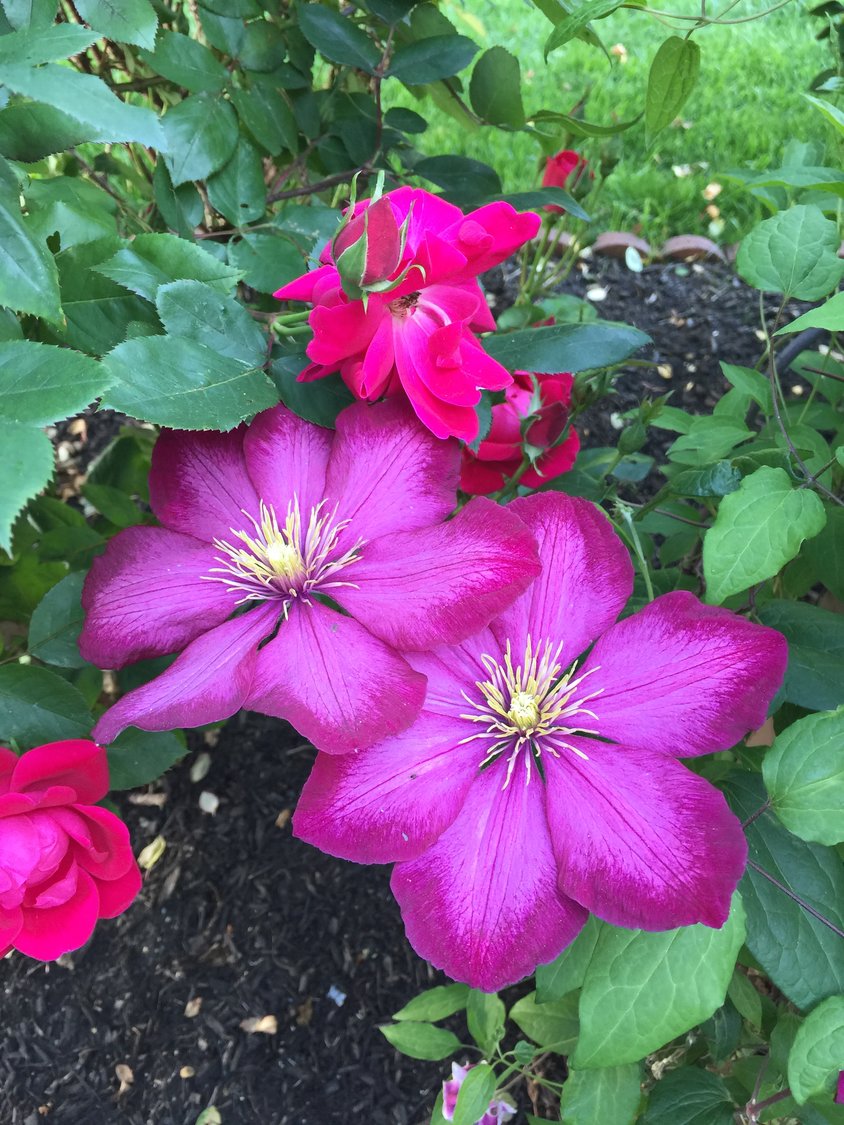 One of the unique and dazzling flowers from Sullivan’s garden.
Timothy Sullivan
Previous Next
By Karina Kovac

Baldwin’s “Flower District” residents gear up for the approaching bloom and take note of the value gardens bring to the area. Similar to the other named subsections in Baldwin, like the poet’s section and president streets, the flower district is a row known for its immaculate flower displays. Laurel Ave., Tulip Ave. and Carnation Ave. make up this district.

Timothy Sullivan, a 17-year resident with a home on Carnation Ave. came to Baldwin not knowing the significance of the street name. Obtaining a job at Baldwin Reality as a Licensed Real Estate Agent, he began to learn the different subsections and took on gardening. “I knew a little about [gardening], but I really got into it right away, and I’ve gotten a lot of help about it along the way from local nurseries,” he said.

Learning more about gardens, he’s begun to urge all his neighbors to participate in yardwork and general upkeep, “landscaping can be 10 percent of [a home’s] value…landscaping is very important for homes, to look good in the front, especially when you’re trying to sell a home.” Sullivan says that “most buyers make up their mind the first five minutes…curb appeal is everything for buyers.” Individual selling aside the upkeep can add to the surrounding property values as well.

Similar to a Jones Beach clean-up day, Sullivan believes there should be a day when a few youth groups or beautification groups can come and help elderly or disabled neighbors plant and maintain their properties. He stated, “I take stock in quality-of-life issues, that when we just start letting little things go--like broken windows and trash around--it just gets worse overtime and becomes expected.”

There are also elements out of residents’ hands that can affect how the block looks, like when the electric company has to cut into the trees during maintenance. Sullivan said this happened recently, “The power company has mangled all the trees on the street to avoid the lines...they cut this gigantic V in the trees.”

There is also a satisfaction in gardening that “gets that creative urge out,” said Sullivan, jokingly admitting that he gets “a little carried away” and “when the nurseries see [him] coming, they’re like, ‘Oh, here he comes.’”

Each year he grows an assortment of dazzling perennials, azaleas, rhododendrons, annuals, tulips and petunias, hoping they all come back in cycles for next year. Sullivan chooses which go in front for curb appeal and which stay in the back where he hosts garden parties in which friends and neighbors can come and share in camaraderie.

In the back, visitors can also find his partner’s vegetable garden that features tomatoes, an assortment of berries--blueberries, blackberries and raspberries--and some herbs like thyme, sage and rosemary. All of which are used for fresh produce in salads and snacks.

Overall, Sullivan says the blocks always come to aid each other, if one neighbor says they’re going on vacation they’ll help watch the home and water if necessary. “People help each other [in Baldwin], it’s very diverse, [there are] lots of different types of people who live here, there’s home values from very, very tiny homes to waterfront million-dollar homes--it’s really nice,” he remarked.