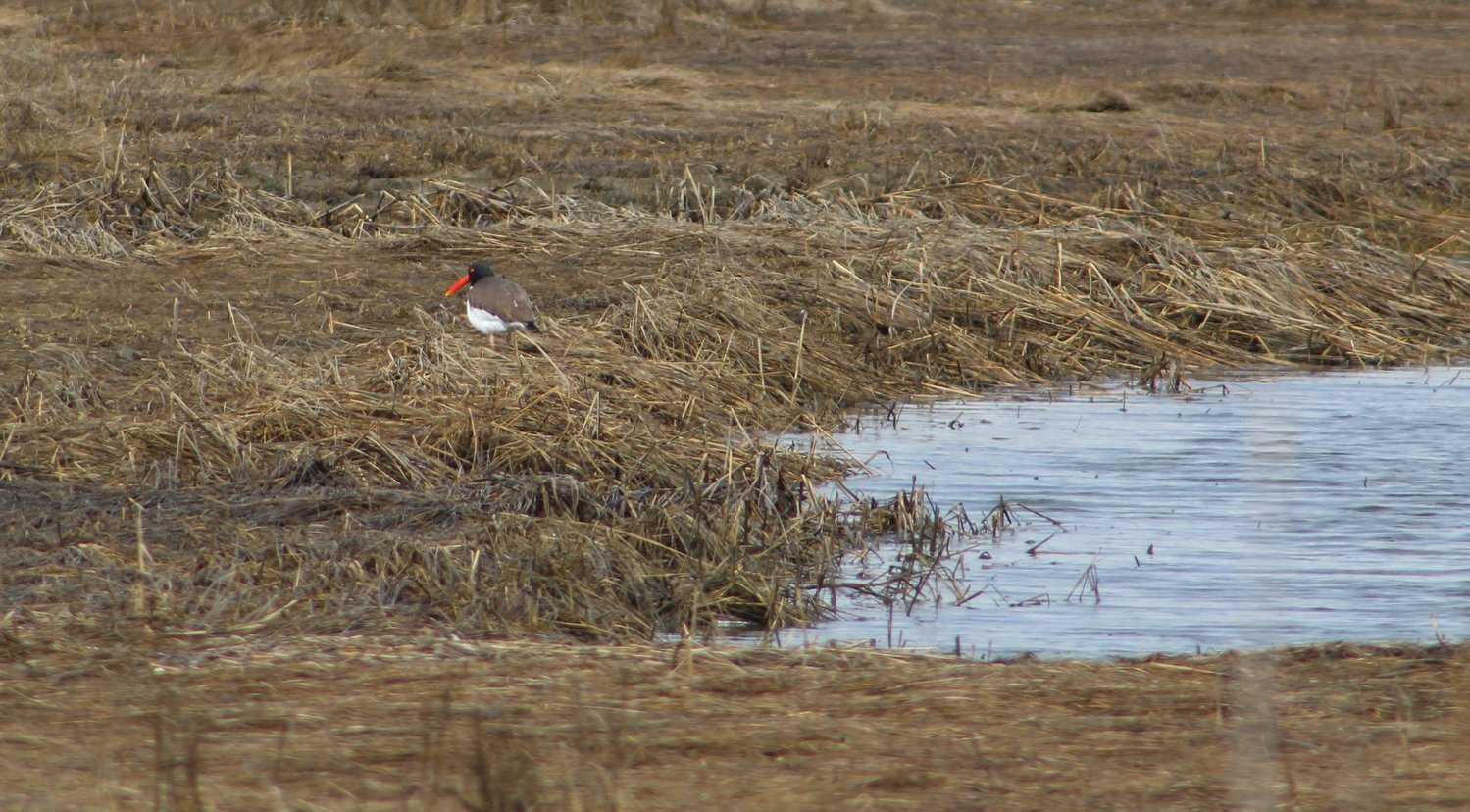 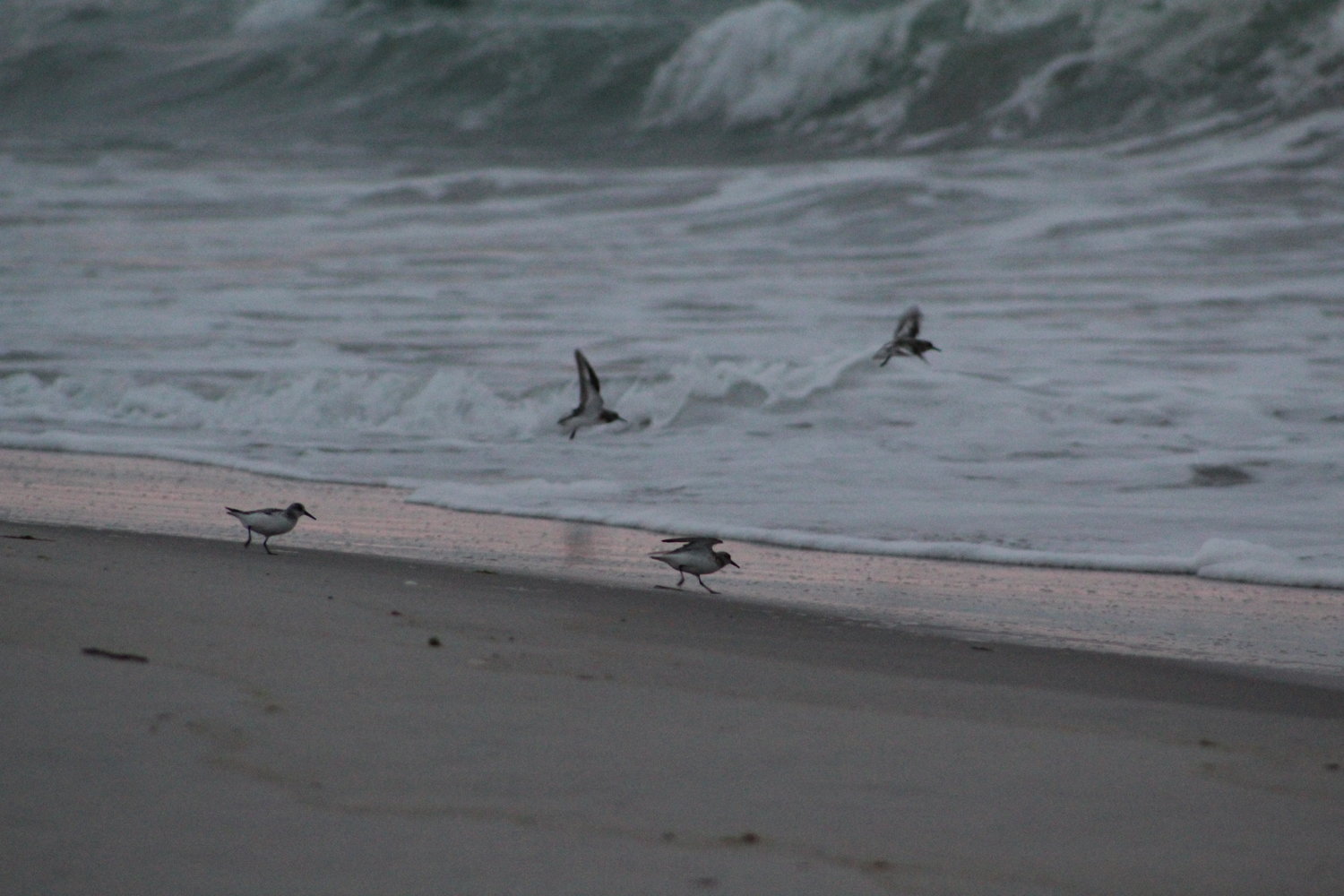 — When space allows, round your path around shorebird flocks and individual birds to give them enough space to feed and rest

— If pets are permitted on the beach, always keep them on leash and away from nesting areas

For the next three months Audubon New York will be doing studies of bird habitats on the coastline in Lido Beach and Jones Beach. The study is part of the East Coast’s Atlantic Flyway research project, conducted by the Audubon Society and Virginia Tech. The study will determine how best to teach the public to co-exist with native wildlife.

To research these Long Island beaches Audubon New York is partnering with Town of Hempstead officials. Both are asking all beach goers to “share the shore” with vulnerable nesting birds and be mindful of their activities. The study will examine weather nesting birds such as the piping plover, American oystercatcher, black skimmers and others can raise more chicks when given space to rest and nest.

“In a study published in Conservation Biology, Audubon’s Science team found that stewardship and management is essential to helping many coastal birds thrive. Now, we’re hoping to see which approaches work best. How can we teach people to keep birds safe by walking around flocks, and keeping at least 100 feet from fenced-off nesting areas? Do beachgoers notice signs, or is one-to-one conversation more helpful? These are the questions we’re hoping to answer,” said Shelby Casas, coastal program associate for Audubon New York and project lead.

“Jones Beach, with its miles of open sandy beach and ocean shoreline, is an important area for nesting shorebirds, and has the highest number of piping plover nests (about 30 annually) of any state park in New York,” said Annie McIntyre, Long Island regional environmental manager, New York State Parks. However, McIntyre continued, “The beautiful beach also attracts thousands of visitors each year, and it will be so beneficial if we can help them understand how simple changes can make a big difference in the success of the nesting plovers.”

Hempstead has tended to piping plovers’ nests, more than 50 American oystercatchers, and the largest colony of black skimmers in the Northeast. The town has also implemented GPS tracking to follow migration patterns to the Caribbean and Central America.

“The shores of the Town of Hempstead have long served as a refuge for a diverse array of animal and plant life, as well as generations of township residents seeking to bask in the serenity of Long Island’s coastal environs,” said Hempstead town supervisor Don Clavin. “The Town of Hempstead remains committed to safeguarding our unique natural habitats and the many species that call it home.”

3.2 miles of shoreline trailing from Lido Beach to Point Lookout will be under the protection of the town. Some sections have been fenced off to sustain certain habitats for the federally protected plovers and walking paths have been redirected around nests.

“We’re part of a regional study across the Atlantic flyway with Jones Beach to give a pipeline of information,” said Hempstead biologist Tara Schneider-Moran. Saying that the aim of the study is to see, “what kind of improvements can we do to reduce disturbances to shore birds and give a space for them to nest with their chicks.”

For those who may encounter a nesting bird, Ashley Dayer, a professor of fish and wildlife at Virginia Tech has a fun way to avoid them, “I like to think of it as sort of a smiley face. If you think of the two birds right in front of you along the edge of the water or out in the sand, if you just do a half circle around them, then you’re not walking straight at them.”

At each study site beachgoers can visit tables with educational resources, see new informational signs on the beach, and speak to stewards in the field about how to help birds. At the end of the study the Audubon will determine which tactics during the three months made a tangible impact on the environment.