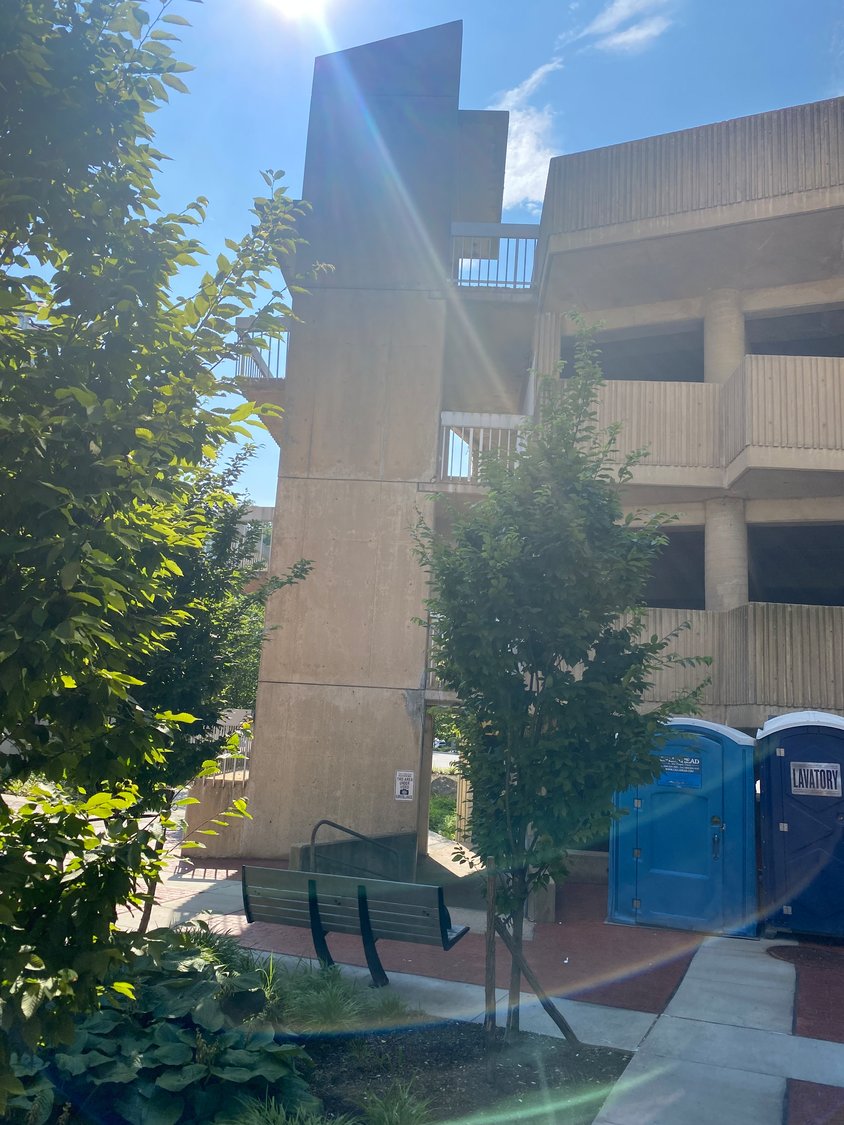 Last year, the BID was ready to create a mural on the tower of the Brewster Street parking garage to celebrate the Downtown Sounds concert series but lacked the funds necessary for the project. This year they are ready to create the masterpiece. It will be painted on the exterior southeast corner tower of the garage, which faces School Street.

“We’re celebrating 25 years of bringing live music to downtown Glen Cove,” Holman said, “and I wanted to mark that milestone by bringing something special to our community.”

The mural will be music related. Holman was able to contact popular artists to design the mural and said the project could be completed before the season of Downtown Sounds ends. The artist can’t be revealed, Holman said, until the project is underway.

“She’s a known artist and she's very excited about doing this for us, and we're excited,” Holman said.

The mural will be paid for by leftover funds that the improvement district has in its budget. Downtown Sounds have spent 25 years bringing music to the downtown area. Holman’s desire is to be able to celebrate with something that will be up for the next 25 years.

“It's like a fun dance party every Friday night during the summer for families and friends to get together to make new friends,” Holman said of the concert series. “We want to make sure that it is part of the history and this part of the history of Glen Cove. This is another project that we are excited to share with our community that represents our community and represents Downtown Sounds.”

The BID oversees capital improvements made in the city. Business owners pay an additional assessment, to better the downtown area in Glen Cove, and for the mural.

Councilwoman Danielle Fugazy Scagliola joined the BID prior to being a city councilwoman and is a commercial tenant on the board. Fugazy Scagliola said she’s excited about the prospect of more beautification projects in Glen Cove and the potential of more art projects being proposed after the approval of the downtown mural. She stressed that artists can always come to the city council with their artistic requests.

“I think art in the downtown is a great idea and I think art all over the city is a great idea but if there's going to be painting on that city building it needs to be approved,” Fugazy Scagliola said. “Art is subjective and I think the council needs to keep an open mind when reviewing these requests but we can’t give artists carte blanche over municipal buildings.”

Mayor Pam Panzenbeck said she’s excited about the downtown mural and welcomes art to Glen Cove. “We want to make everything beautiful,” said Panzenbeck. “We all have different opinions on what great art is, but it’s a beautiful colorful mural and we have to approve it so they can paint the space and make sure it's appropriate, and it is. We have to respect everybody's taste in art and I think we do.”

The final rendering of the project has not been revealed but the city council was impressed with the rendition that was presented to them.

“We’re cautiously optimistic that it will be done soon and make the downtown look a little brighter,” Fugazy Scagliola said. “The art will certainly brighten these buildings up and create some culture and I’m all for it.”