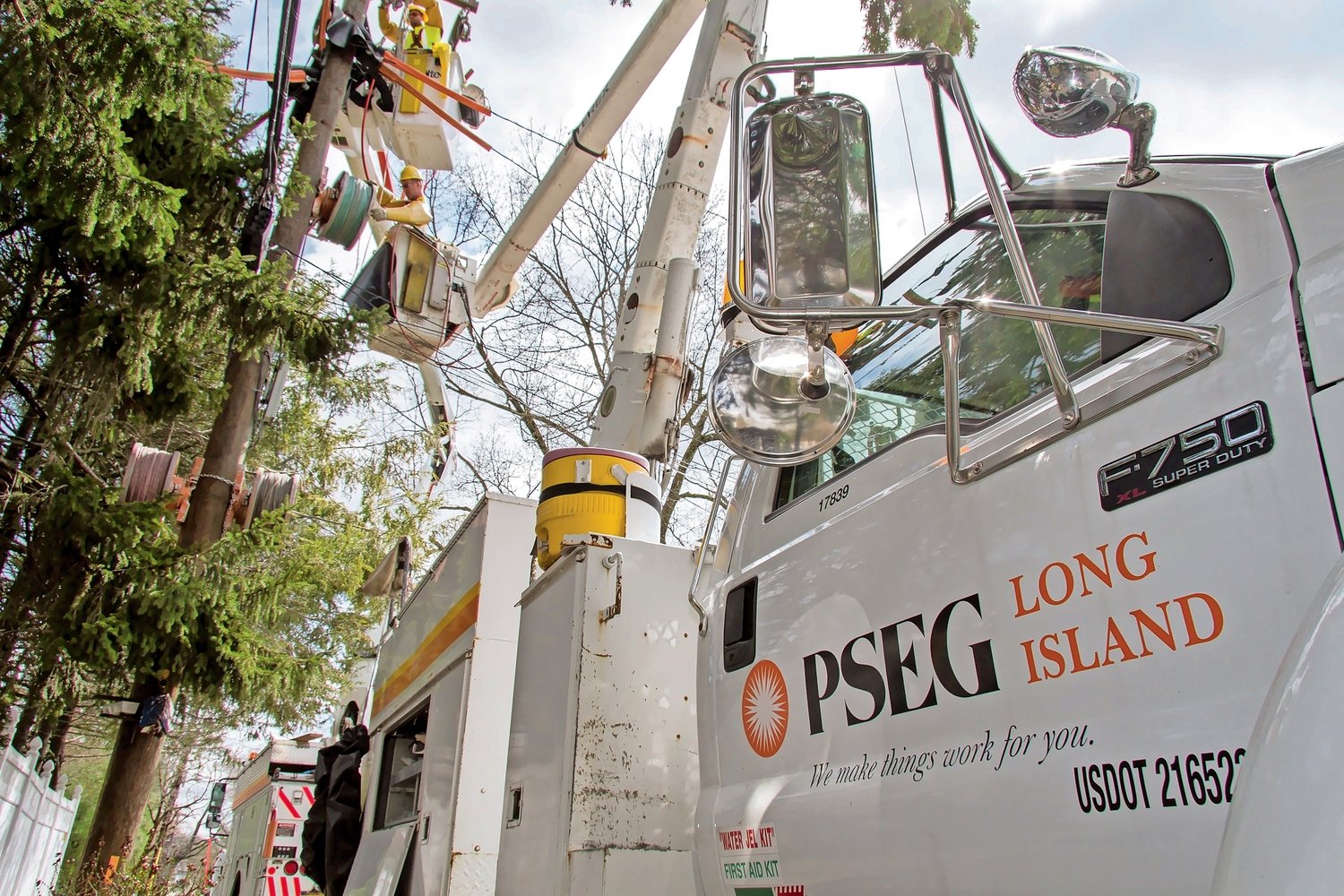 Circuit reliability upgrades are meant to make the energy grid more robust and resilient, and are focused around the idea of storm hardening — building infrastructure capable of resisting severe storms and weather. These infrastructure upgrades are part of the Power On program — a multi-year effort to improve electric reliability of PSEG customers.

“PSEG Long Island is strengthening the electric lines that directly power homes and businesses because we know that electric reliability is more important than ever to our customers,” said Peggy Keane, PSEG Long Island’s vice president of Construction and Operations Services.

Storm hardening infrastructure includes stronger, more durable poles, which are capable of resisting up to 135 mph winds. The new poles will be the same height as the old ones, but will have a stronger base. PSEG said they are also introducing stronger wires, which are more resilient and durable.

PSEG will also build narrower profiles, which will help deflect falling debris from wires, and will upgrade worn or broken equipment as they find necessary throughout the upgrade process.

PSEG Long Island said they have been working since their launch in 2014 to make storm-hardening improvements based on the damage Superstorm Sandy wreaked on the energy grid. PSEG said these storm-hardening upgrades would reduce customer power outages and reduce the time of outages when they occur, especially during extreme weather.

PSEG said they’ve seen a nearly 44 percent reduction in damage leading to outages in storm hardened sections of the grid compared to the rest of the distribution system. By making the grid more resilient during extreme weather, PSEG said it makes the grid more efficient — meaning customers can save money by using less electricity.

The Power On program is a five-year program that started in the spring of 2020. Since starting, more than 214 miles of vulnerable mainline energy distribution circuits on Long Island. PSEG said the mainline is the backbone of PSEG Long Island’s distribution system, and are the main source of energy for many homes and business in Long Island communities.

Licensed contractors started construction on these upgrades in early September and will work for two months alongside the main distribution lines in Baldwin. Workers are provided safety cones, signs and flaggers on the worksites to ensure safety and reduce traffic.

For more information on this project, go to PSEgliny.com.