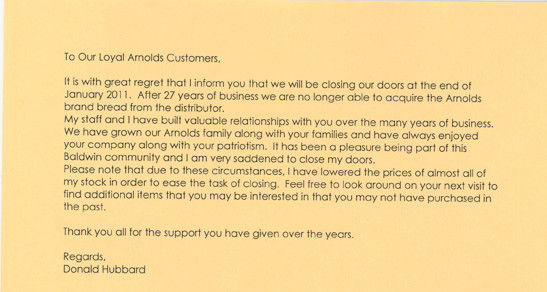 This letter, written by Donald Hubbard’s daughter, was distributed to bakery patrons. It inspired many of them to call and write the Bimbo company offices to express support for Arnold Bakers Bread Outlet.
Chris Connolly 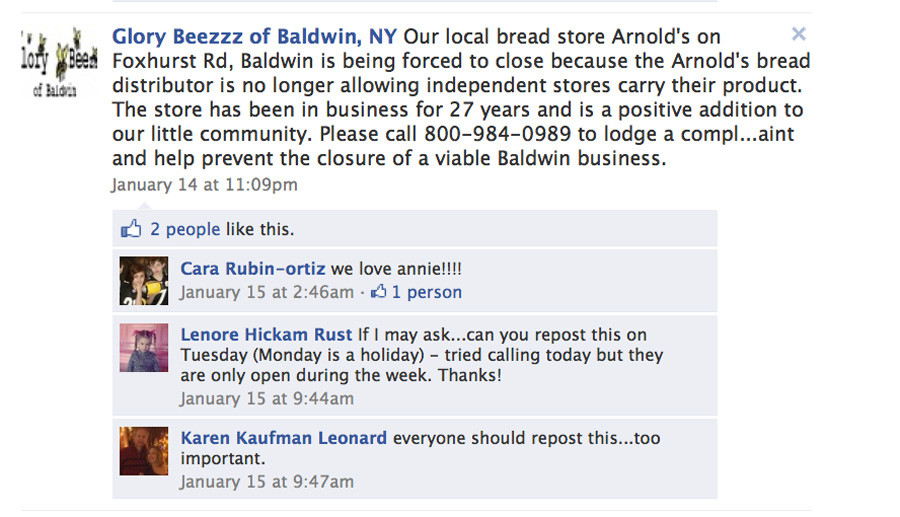 Social Media sites like Facebook were one way Baldwin residents rallied support for the bakery. Many also called the Bimbo Bakery home offices to plead the case for the Arnold Bakery store.
Chris Connolly 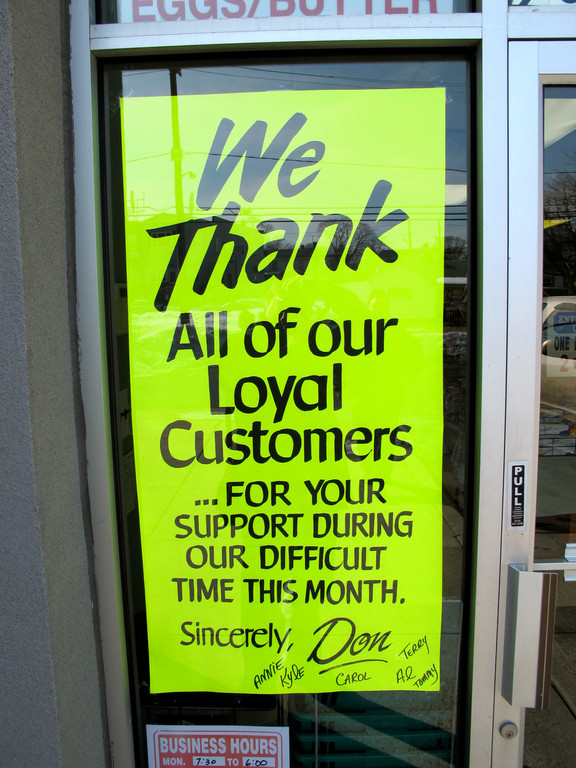 HUbbard is enthusiastic in praising his neighbors whom he credits with saving his business.
Chris Connolly 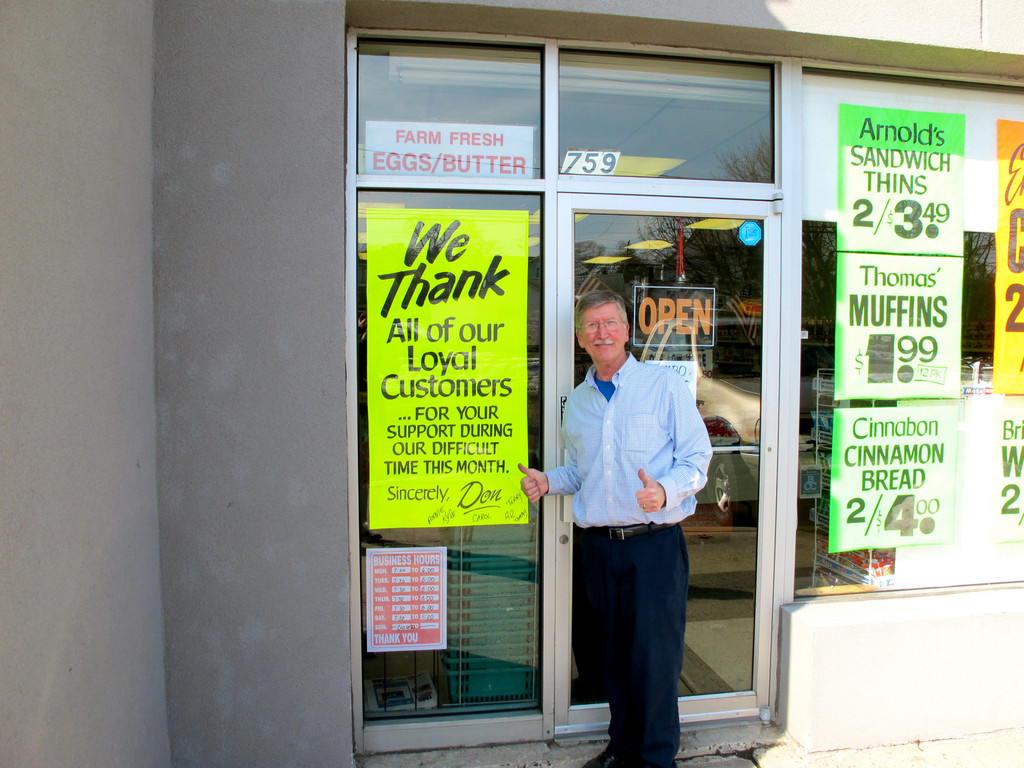 Don Hubbard, proprietor of the Arnold Bakers Bread Outlet in Baldwin for the last 27 years, believes the support of residents helped to save his business.
Chris Connolly
Previous Next
By Chris Connolly

“We thank all of our loyal customers for your support during our difficult time this month. Sincerely, Don, Annie, Kyle, Carol, Terry, Al, Tommy.”

So reads the sign in the window of the Arnold Bakers Bread Outlet at 759 Foxhurst Road in Baldwin. The sign could have conveyed a very different message, however, because the shop came very close to standing vacant and abandoned, like far too many other storefronts downtown.

“The Arnold Bread store on Foxhurst is being forced to close at the end of the month. The corporate bakery will no longer distribute bread to independent stores. This town doesn’t need another empty storefront. — Pat”

That came from an e-mail addressed to the editor of the Baldwin Herald two weeks ago. It was one of a flood of similar messages lamenting the threatened closure of the long-operating bakery and attempting to rally community members behind an effort to save it.

The messages worked. The thank-you sign now adorns the window. The lights inside are on and the shelves are fully stocked. Arnold’s will remain in business, and residents can rest easy with the knowledge that their willingness to extend themselves on behalf of a neighbor has kept a nearly 30-year-old business in operation.

Arnold Bakers Bread has been selling baked goods — bread, Thomas’s English muffins, Entenmann’s cakes — and sundries like eggs and milk for 27 years. The shop has occupied two other locations — on Brooklyn Avenue and on Grand Avenue, across from the bowling alley — but it has been on Foxhurst Road for 15 years. For all those years the store has been run by Don Hubbard, 63, a 20-year-member of the Chamber of Commerce and a Baldwin resident for longer than that.

Hubbard loves running his shop and takes pride in his work, so when he got the news that he might have to close, he didn’t know what he was going to do. “I was contacted by the Bimbo Bread Company in mid-December, and they told us they were going to discontinue selling us bread,” he said. “They said they were only going to sell bread in their own outlet stores, and that we wouldn’t be supplied anymore.”