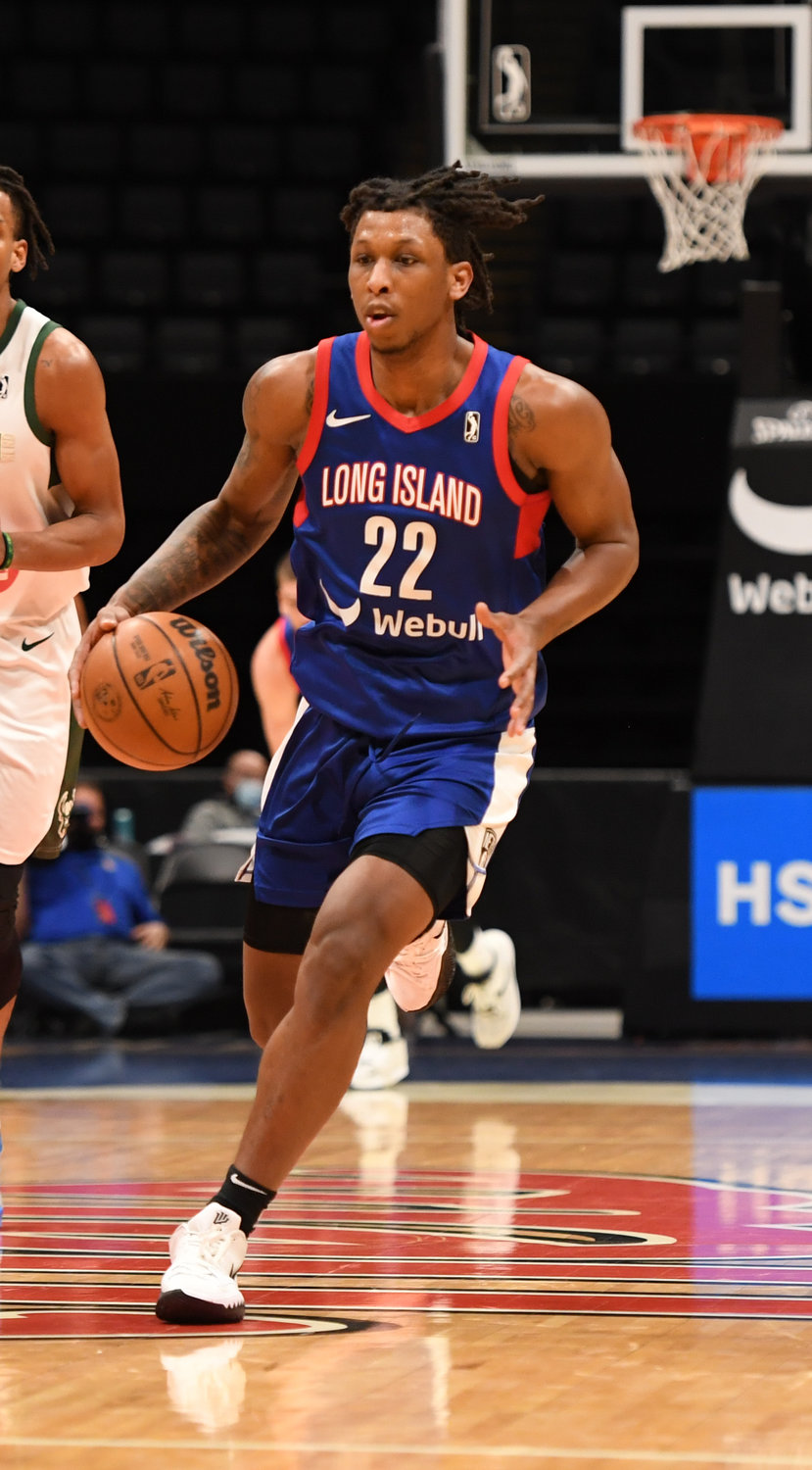 Nets forward Brandon Rachal shot 9-of-18 from the field and recorded 18 points and 10 rebounds in 29 minutes.
Courtesy L.I. Nets/Jen Voce-Nelson

The Long Island Nets (3-5), the NBA G League affiliate of the Brooklyn Nets, were defeated by the Fort Wayne Mad Ants (2-2) 125-115 on Wednesday night at Nassau Coliseum.

The Nets were led by forward Craig Randall II, who recorded 35 points, seven rebounds and one assist in 40 minutes, while shooting 7-of-12 from distance and recording his second consecutive game of 30 or more points. Four Nets notched double-doubles in the loss against the Mad Ants. Long Island guard Bryce Brown tallied 23 points and 10 rebounds in 42 minutes, while Nets forward Brandon Rachal shot 9-of-18 from the field and recorded 18 points and 10 rebounds in 29 minutes. Long Island forward RaiQuan Gray added 10 points, 12 rebounds and seven assists in 21 minutes, and Nets center Adam Woodbury notched 10 points and 11 rebounds in 33 minutes.

The two teams came out hot in the opening period, playing a close game until a big 3-point basket by Long Island guard Bryce Brown broke the tie, 19-16. The Nets closed the quarter leading by six, 39-33. The Mad Ants stayed close in the second quarter, trading baskets with the Nets. Fort Wayne led by one in the final 39 seconds of the second quarter, their first lead of the quarter, but it was not enough to take the lead heading into halftime. The Nets entered the break ahead by three, 63-60.

Both teams tightened their defensive efforts into the third quarter, grabbing 12 rebounds each. The Mad Ants snatched the lead going into the final quarter of play up by four, 91-87. Long Island attempted to battle back to close the gap in the fourth quarter, but its effort was not enough. The Mad Ants would go on a 10-0 run to win by 10.