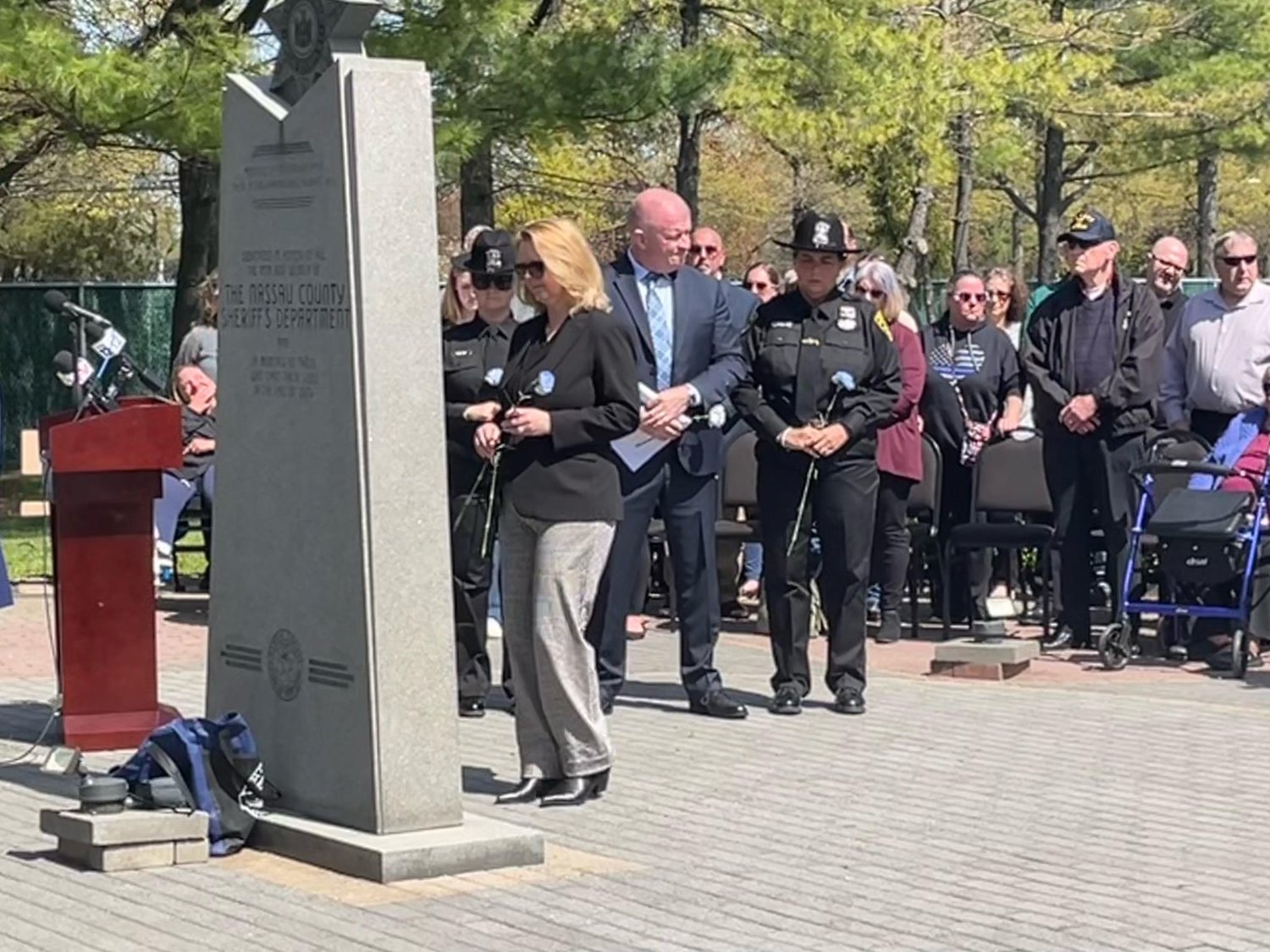 Legislator Mulé prepares to place a blue carnation during a memorial ceremony for Nassau’s fallen corrections officers on Thursday, May 5.
Office of legislator Debra Mulé.
By Karina Kovac

It was a somber day in East Meadow May 5, where Nassau County legislator Debra Mulé joined with leaders of the Nassau County Sheriff’s Department, the Corrections Officers Benevolent Association, leaders of COBA’s Widows and Children’s Committee and her colleagues in government to pay tribute to correction officers who were killed in the line of duty or lost their lives while in active service to the Sheriff’s department.

The ceremony was held at a memorial on the grounds of the Nassau County Correctional Center as part of National Correctional Officers Week in America. The dignified observance concluded with a reading of the names of the fallen officers, the placement of blue carnations at memorials, and musical selections from the Nassau Police Emerald Society Pipe Band.

“This beautiful ceremony ensures that the memory of these courageous public servants will live on eternally in our hearts,” legislator Mulé said. “Thank you to the leaders of COBA and its Widows and Children’s Committee for bringing us together to honor the fallen - and thank you to the men and women who work so tirelessly to keep the residents of Nassau County safe through their service as corrections officers.”

In 1984, president Ronald Reagan declared the first week of May National Correction Officers Week and in 1996, Congress expanded it to include correctional employees, giving a “Thank You” to the women and men who serve by working in corrections.