On the Baldwin football field, kids learn so much more

Skills taught help on and off the field 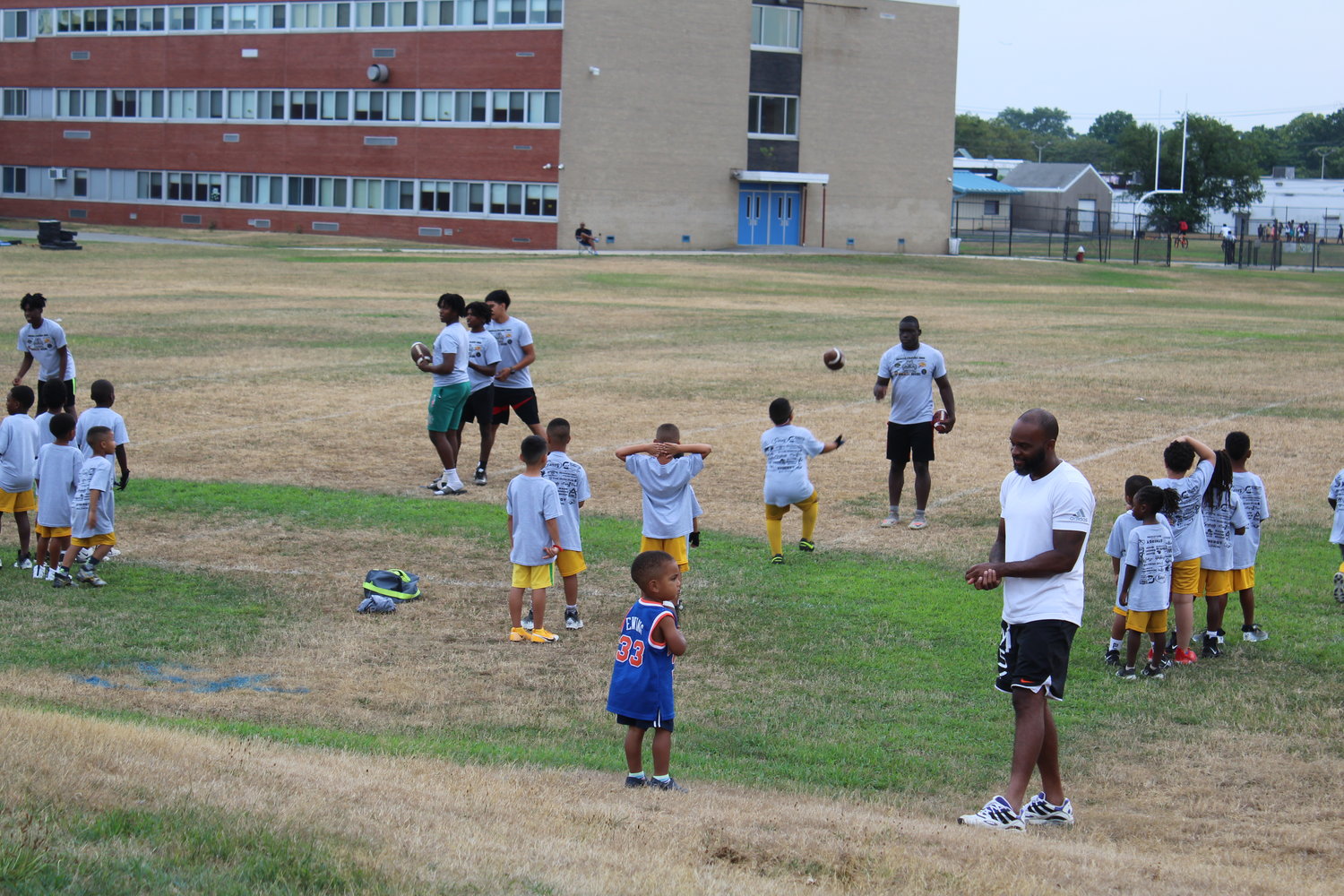 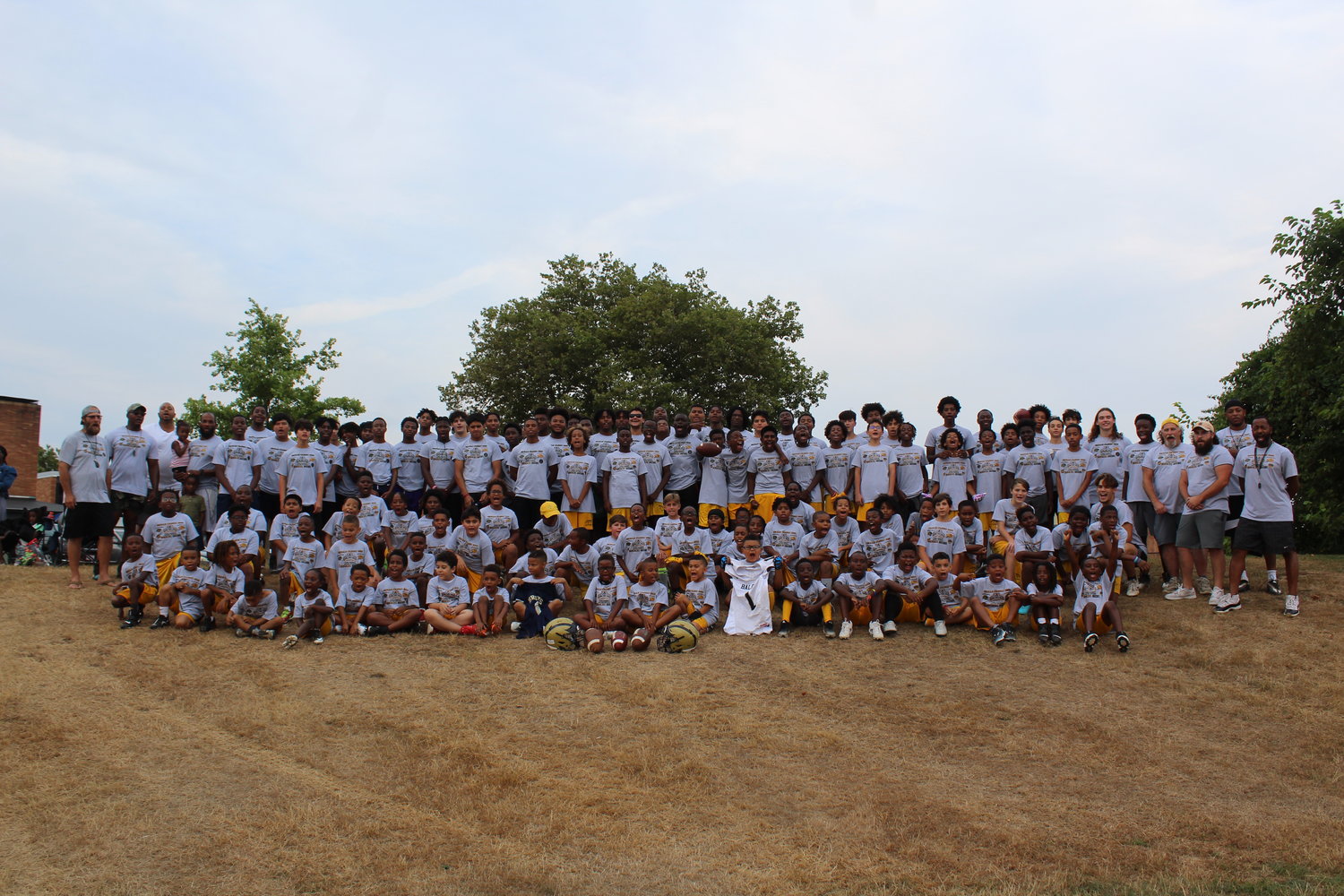 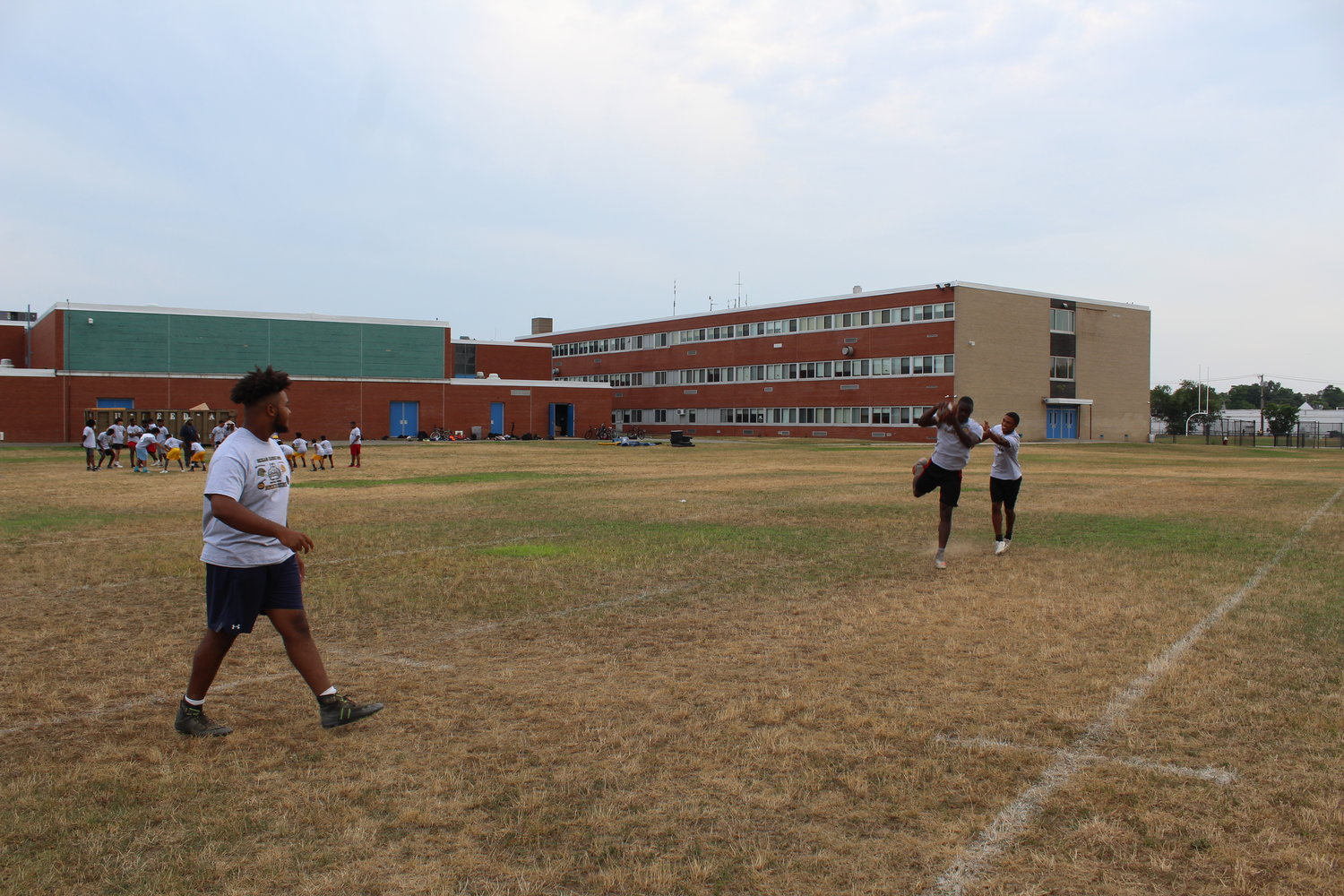 Once the players and now the coaches, Baldwin teens are helping the next generation learn valuable football and life skills.

Volunteers from Baldwin High School, the Baldwin Bombers travel team and varsity football head coach Frank Chimienti all had a hand in a skills clinic hosted by the two teams on July 27. The non-contact drills challenged their 5- to 13-year-old charges while helping them learn the importance of being team players, sharing, and trusting others.

The clinics debuted last summer, running four days a week for five weeks, and the program is expected to become a preseason tradition in Baldwin as it attracts more athletes each year. Bombers President Jeff Meyer and Chimienti came up with the idea for weekly multi-session instruction while brainstorming how to resharpen players’ abilities after the pandemic.

This year the clinics began on July 5, and will end next Thursday. At last Wednesday’s session, more than a dozen volunteer coaches worked with about 80 young players.

Meyer, who has been coaching for 20 years, explained that getting the kids acclimated to their teammates early on would help in the long run, since they would likely play alongside one another in years to come. The clinics help them learn what positions work best for them, and without contact drills, the risks associated with blocking and tackling aren’t an issue.

Brandon Baily, vice president of the Bombers, said that in addition to refining skills, “It’s a good experience for the older kids to give back to the community with the younger kids, and the younger kids in turn get to look up to these older kids and look forward to playing at the high school.”

Three of the teen volunteers were Kwasi Bonsu, 17, Anthony Byron, 16, and Darien Ward, 17. Bonsu, who will be a senior in the fall, said he wished he’d had an event like this when he was younger to learn more about football, since it wasn’t the first sport he played. Starting soccer in kindergarten, he eventually switched to wresting, but was persuaded to play football just last year, after Chimienti discovered him in the wrestling room.

On the field last week, Bonsu said he was amazed at how the young kids running the drills already had their positions sorted out. “It’s so crazy to see them be so wise enough to their skill set at a young age,” he said. And Bonsu clearly enjoys being a role model for them. “It’s amazing to see how their eyes glow up when they get to see us do great things and themselves do great things,” he said.

Teamwork and the other skills the clinics develop, like self-awareness and decision-making, can help not only on the field but also off it, Bonsu explained. The aim is to help young players grow, and “help them learn how to leave their mark on whatever they do, in their lives and their communities,” he said. And for the volunteer coaches, the clinic is a way for them to leave their mark on Baldwin as well.

Byron, who will be a junior at BHS, has been playing football since he was 5. Looking up to older schoolmates when he started out, he said, helped him, because he wanted to emulate their success on the field. In his years on the playing field, the most important lesson he has learned, Byron said, is to “listen to your coach. The coach knows more than you. They know what’s best for you, and they’re going to guide you and teach you how to develop your skills.”

Ward, an incoming senior, had positive things to say about the Baldwin coaches, especially their approach on the days that try stamina and patience. “On those very hot days it’s good to talk to your coach,” Ward said. “When it’s a hot day, you’re tired as hell and you hear him make his calls. We realize now how important he is to our line, that he makes it clear to everybody what our job is supposed to be. It really helps us out a lot.”

Playing football for over a decade, Ward sees how beneficial programs like the clinics can be in shaping the next crop of Baldwin gridiron stars. “It’s always about building upon something,” he said. “If you look at other towns, they have farm programs. Baldwin Bombers need that. If the Bombers come together and have big numbers coming through and have a whole program to raise them from the ground up,” Ward said, that may raise Baldwin football’s profile to the national level.

Chimienti, too, sees the strategy in working together with the teams at the clinic. “It’s very important that we built a relationship with the youth football program here,” he said.