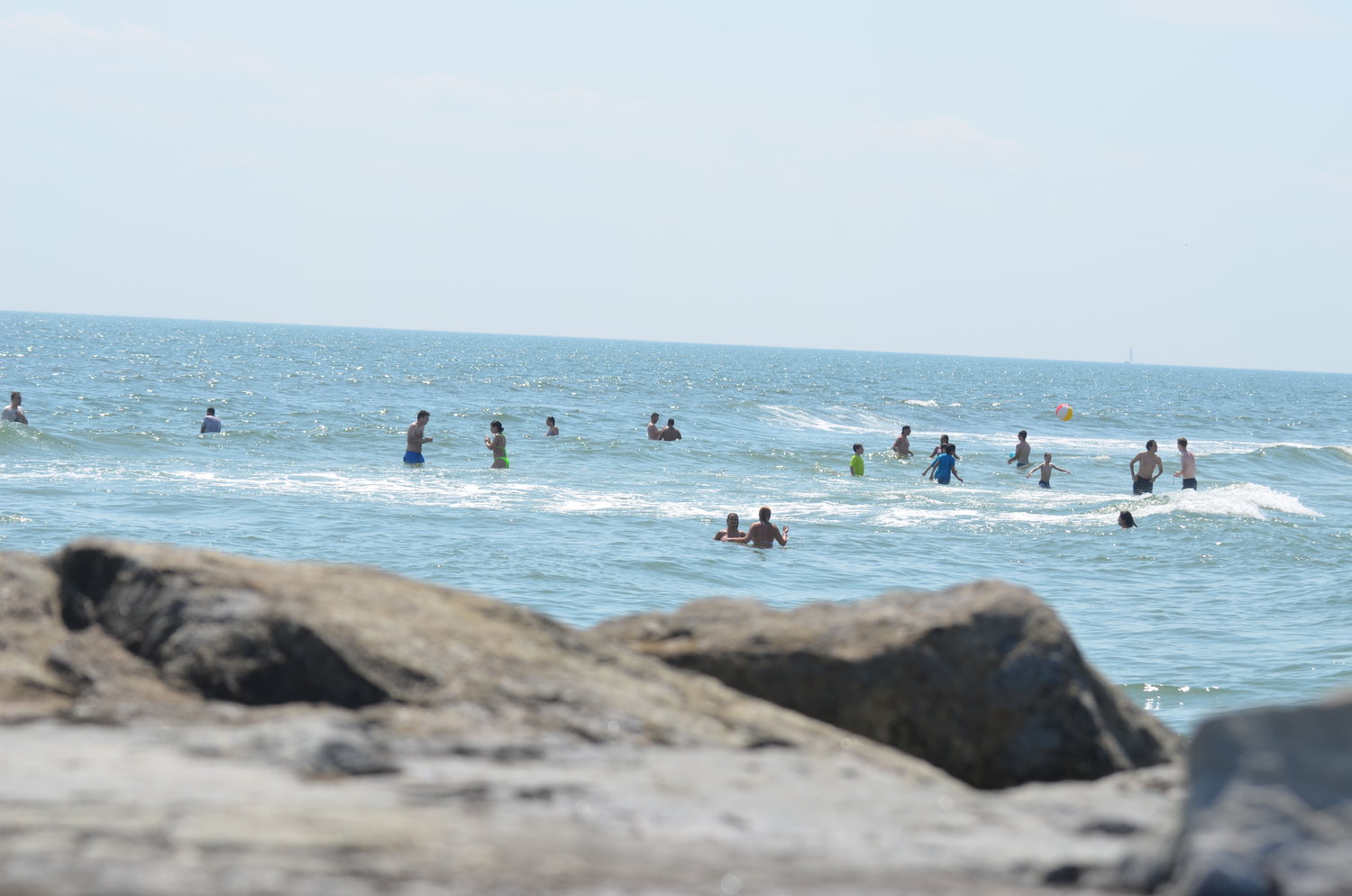 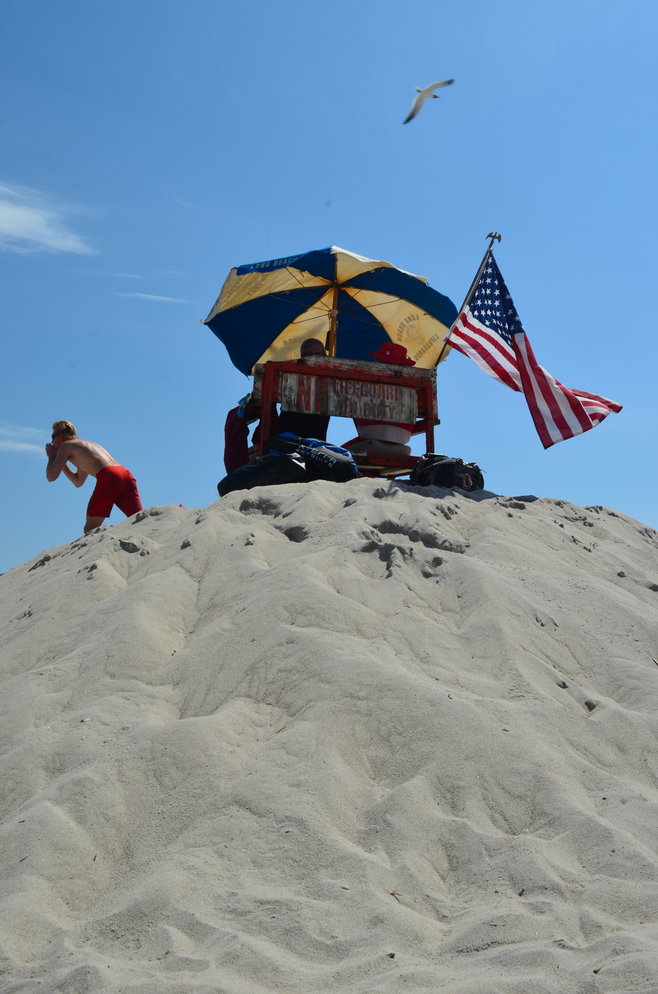 South Shore beach goers are urged only to swim when lifeguards present.
Tim Baker/ Herald
Previous Next
Timeline of incidents:

Several weeks of shark sightings has made beach goers a little wary of the water, but attacks shouldn’t deter swimmers’ officials say. The first suspected bite happened on June 30, when a 57-year-old man was swimming off Jones Beach and was injured is what Nassau County Police described as a “possible shark bite.”

Although only the first incident, it prompted officials to form the “shark patrol,” after a fisherman then spotted a 10-foot Mako shark thrashing on the beach of Point Lookout on Memorial Day. Smith Point Beach and Cupsogue Beach were then closed “due to dangerous marine activity” when a 17-year-old lifeguard was bitten by a tiger sand shark on July 7. An increase in boat and helicopter patrols, also including more drone surveillance, will be occurring during the next few weeks.

U.S. Senator Charles Schumer sent a letter Monday to the National Oceanic and Atmospheric Administration administrator Richard Spinrad asking for resources to be sent to Long Island to assist local governments with the increased shark presence.

An excerpt of the letter reads: “The latest shark attack occurred last Thursday morning, where a shark bit a lifeguard off Ocean Beach. The lifeguard, who was bitten on the left foot, is expected to make a full recovery. Local officials say with climate change upon us, sightings and human interaction will only increase these occurrences. National statistics and scientific experts echo the same narrative nationally.

In consideration of the aforementioned, and out of an abundance of caution for beachgoers, I am urging your agency to deploy additional resources to Long Island to assist locals. This could include increased monitoring and surveying of shark populations, education initiatives, and information sharing with local government. Moreover, working with localities to explore newer early-warning technologies—from sensors, to specific buoys—must also be a priority. The federal government must lead the way in working with local governments to use new tools and options to detect sharks as climate change warms waters. Whether increasing non-lethal geo-tagging or installing other shark attack prevention technologies, your agency should help locals navigate options and ideas.”

Nassau County Executive Bruce Blakeman addressed the situation while wading into the surf at Lido Beach on Sunday as he sought to assure wary beachgoers that they had nothing to fear in the water. “We have great lifeguards, follow their instruction, follow their lead and make sure you can see our lifeguards so they can see you.” Also saying residents should only swim when lifeguards are on duty.

Hans Walters, a scientist with the Wildlife Conservation Society’s New York Aquarium, told the New York Times that concern over sharks was “very overblown” because sharks are not interested in beachgoers. Saying in addition that, “If anyone’s been in the ocean, they’ve already swum with sharks…they just don’t know it.”

On average globally there are only five shark fatalities per year according to the International Shark Attack File. Between 1958 and 2016 there were 2,785 confirmed unprovoked shark attacks around the world, of which 439 were fatal. And in more recent years, between 2001 and 2010, an average of 4.3 people a year died as a result of shark attacks.

100 million sharks are killed every year by the fishing industry reports American Oceans, an organization that educates the public about marine species, ecosystems and the dangers our oceans face.