Nearby homes could be safer from flooding 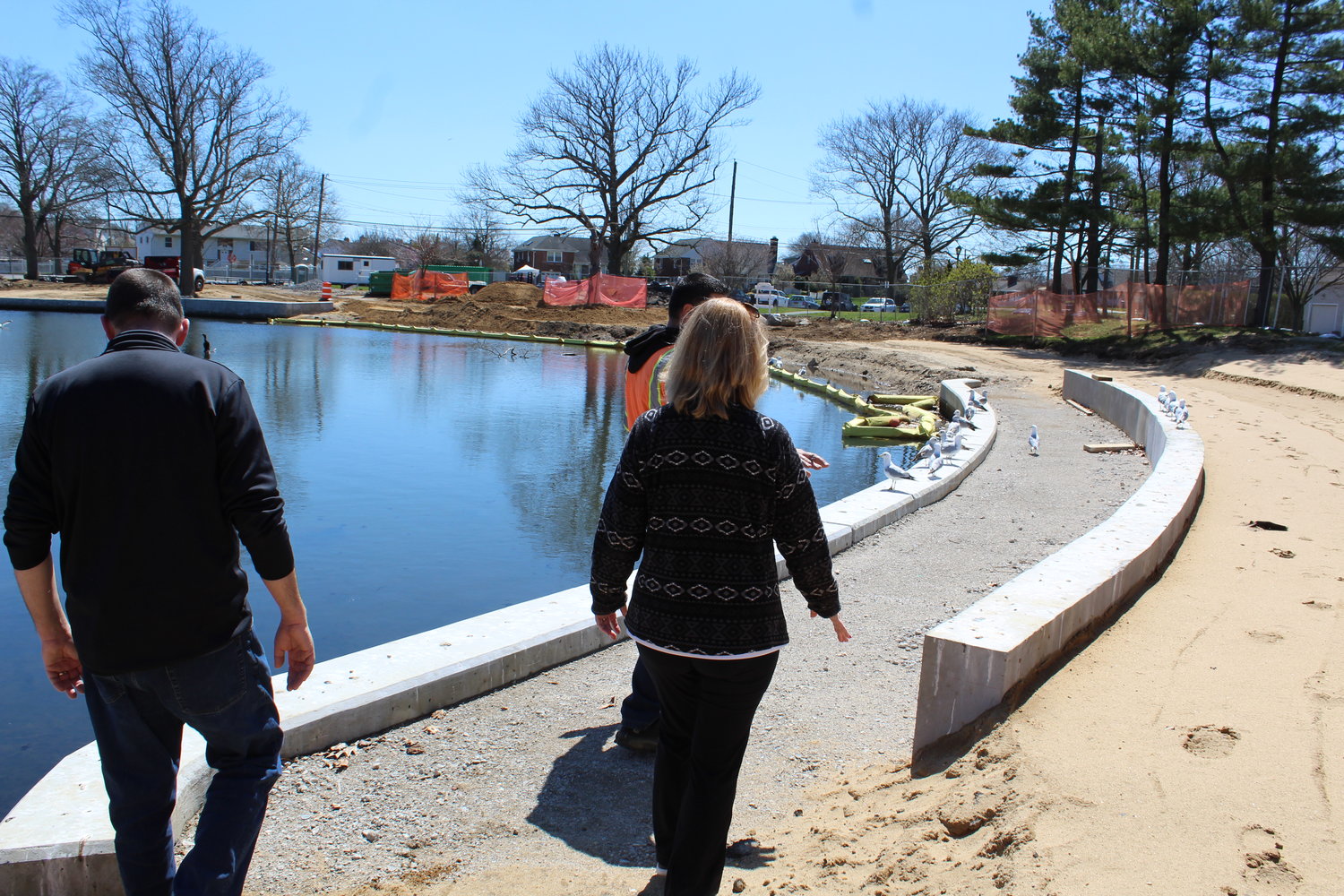 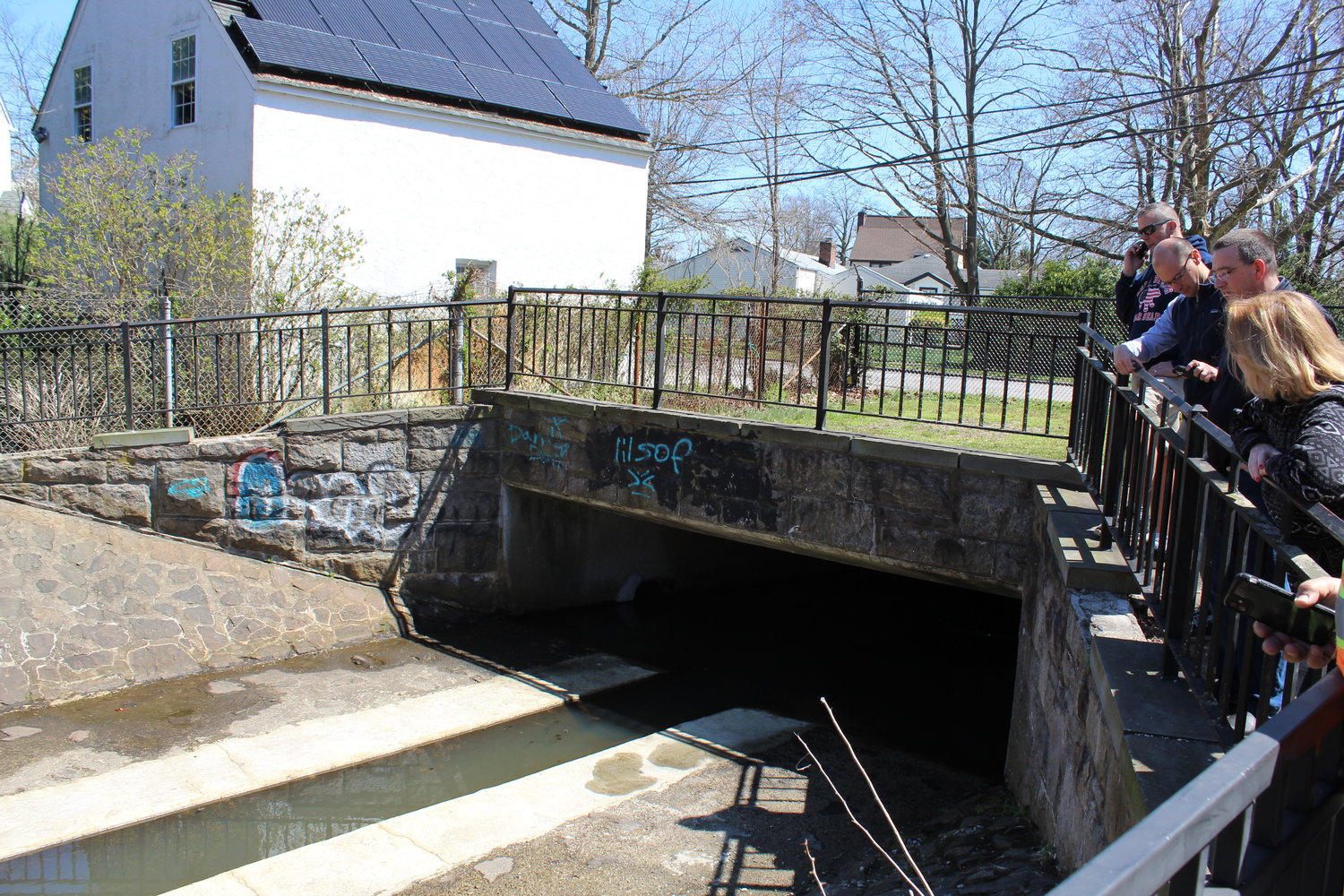 Community members inspected the fish scaffold, in which the passage was deepened from two to four inches.
Karina Kovac/ Herald 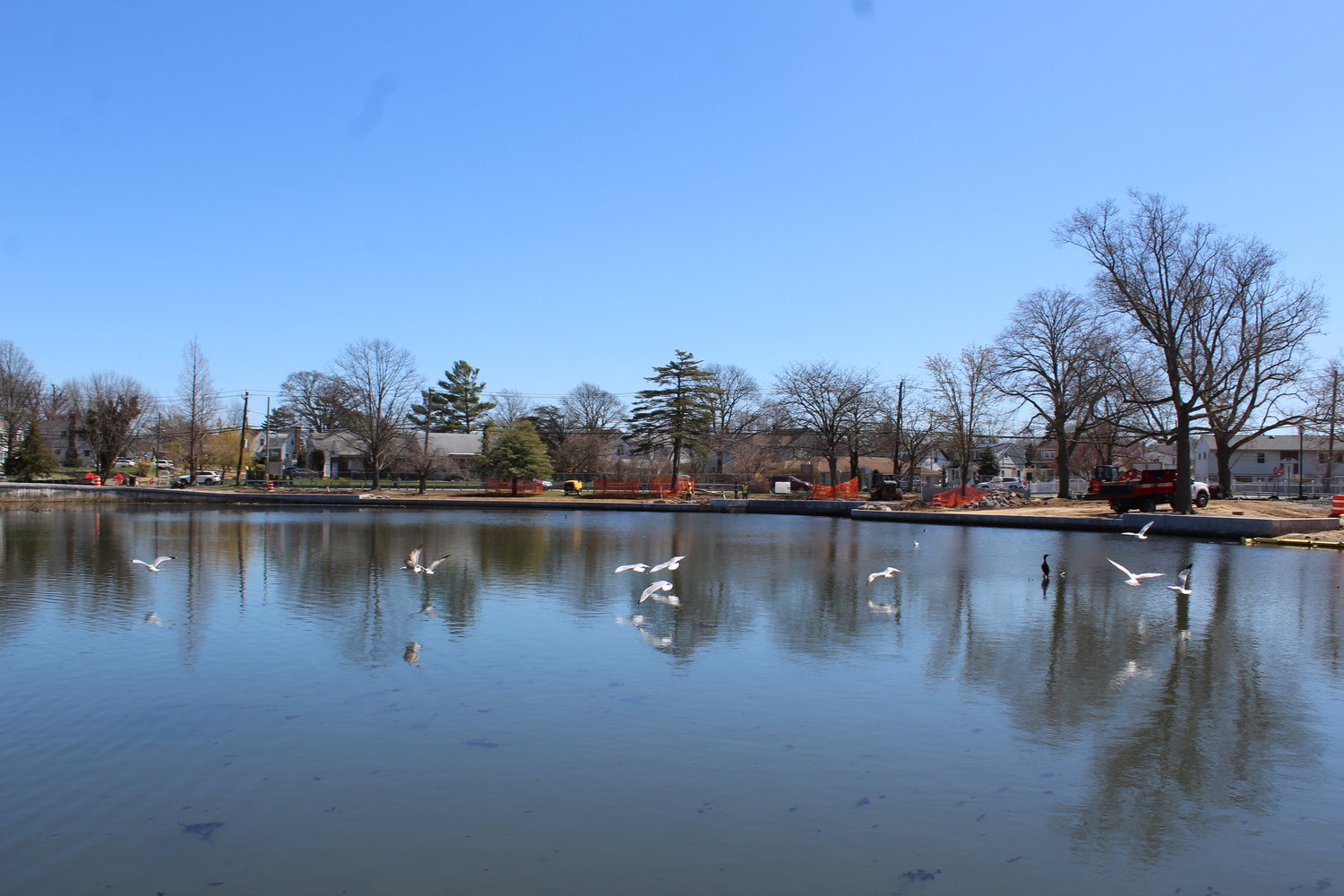 Gulls flew across the lake as crew members continued their work.
Karina Kovac/ Herald
Previous Next
Timeline of developments at Silver Lake Park

2016: Described as a two-phase project and a county priority.

2020: State awards funding to the project, which is approved by the Nassau Interim Finance Authority.

On April 12, engineers from Nelson and Pope Engineering gave community stakeholders a tour of Silver Lake Park, noting the progress they have made on the Silver Park Drainage Project since work began last September. Site Engineer Mike Delil said that the project was expected to be completed by July, weather permitting.

The park’s perimeter walkway is being elevated, tidal gates are being installed for backflow prevention, a storm water-treatment device is being constructed between Lofts Pond and the channel to Parsonage Creek, and a fish scaffold to Caroline’s Pond is being deepened.

Menhaden, or bunker fish, use the passage for spawning in the winter months, traversing the four-inch-deep depression cut into the concrete.

Additions to the park also include a sitting wall, the removal of invasive phragmite plants, and the planting of new foliage.

A construction crew broke ground last Sept. 28. The $1.75 million allocated for the enhancements came from the Governor’s Office of Storm Recovery.

The office put the goals of the project in writing in a proposal document in 2019: “to avoid to the extent possible the long- and short term adverse impacts associated with the destruction or modification of wetlands and to avoid direct or indirect support of new construction in wetlands wherever there is a practicable alternative.”

The flood-prevention measures will be a great relief to the surrounding homes, which are prone to flooding and have sustained damage in the past. Nonetheless, before GOSR’s allocation of funds, resident Ding Lee told the Herald in 2018 that he doubted the project would eliminate those problems. “I have concerns that my basement will still flood,” he said.

“They say [the project] would lessen the chance, but I’m still worried.”

This isn’t the first time Silver Lake has undergone a makeover: The lake was part of a three-pond capital improvement restoration project announced by Nassau County in August 2005. The project, which was completed two years later, included the cleaning and dredging of the pond; the planting of trees, shrubs and aquatic plants; and a restoration of walkways.

The nine-acre lake was acquired by the county in 1946, and is one of several county properties that were originally designed for drainage purposes but were later turned into public parks.