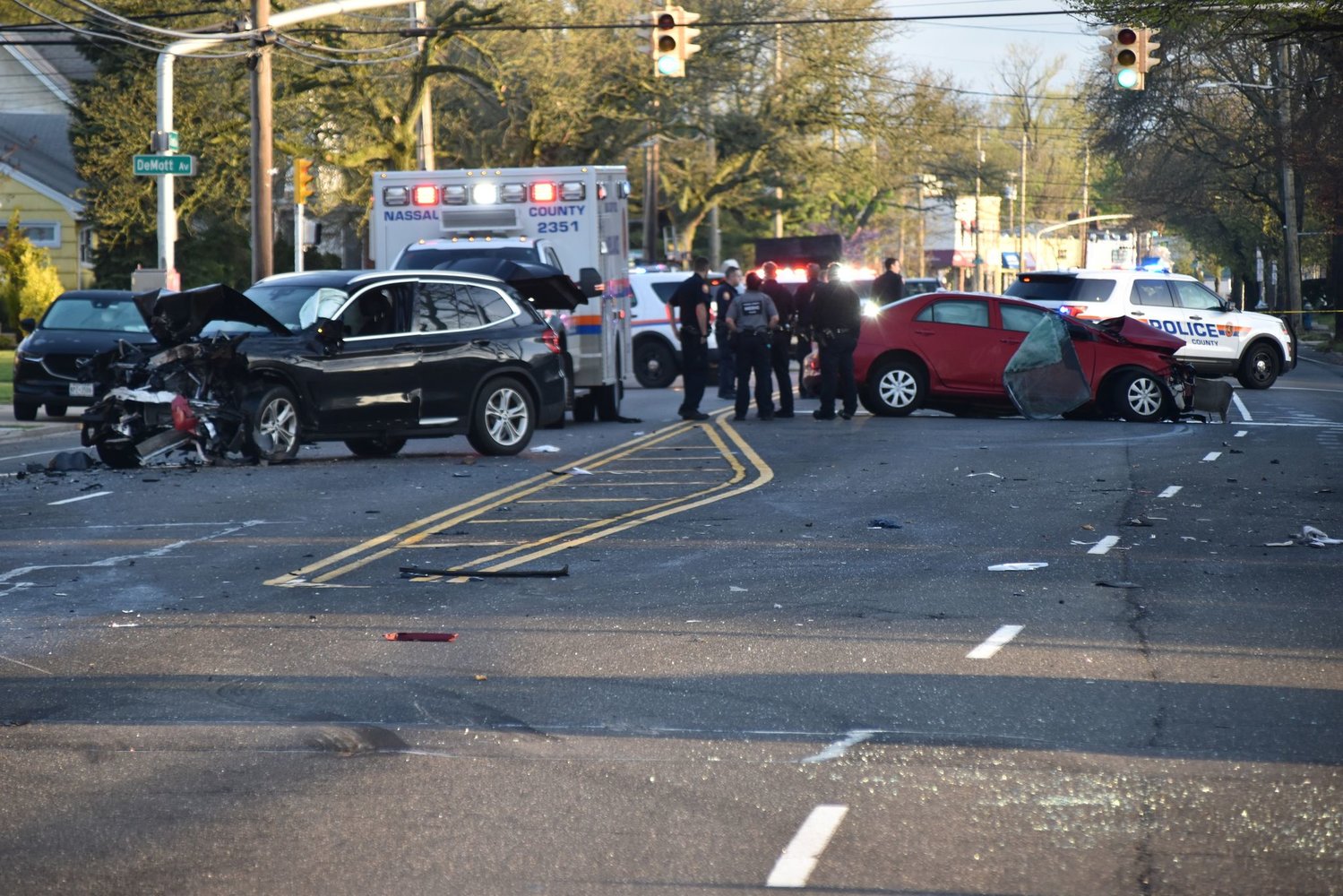 31-year-old Jinaraya Khan has been charged with DWI and second-degree manslaughter for causing the death of a 66-year-old Tuesday morning.
Bill Kelly/ Herald
By Karina Kovac

Tuesday morning at roughly 5:15 a.m. two vehicles collided at the intersection of Grand and East Carl avenues. A 66-year-old in the auto incident was pronounced deceased at the scene while a 31-year-old woman driver also involved was taken to a local hospital for non-life-threatening injuries.

UPDATE: Homicide Squad Detective Captain Fitzpatrick reports Jinaraya Khan, 31, has been arrested and charged with driving while intoxicated and vehicular manslaughter in the second degree for the car accident on May 4 that resulted in the death of a 66-year-old.

She will be prosecuted after being medically cleared of her non-life-threatening injuries.