Alternative energy blows in with Long Island's future at stake 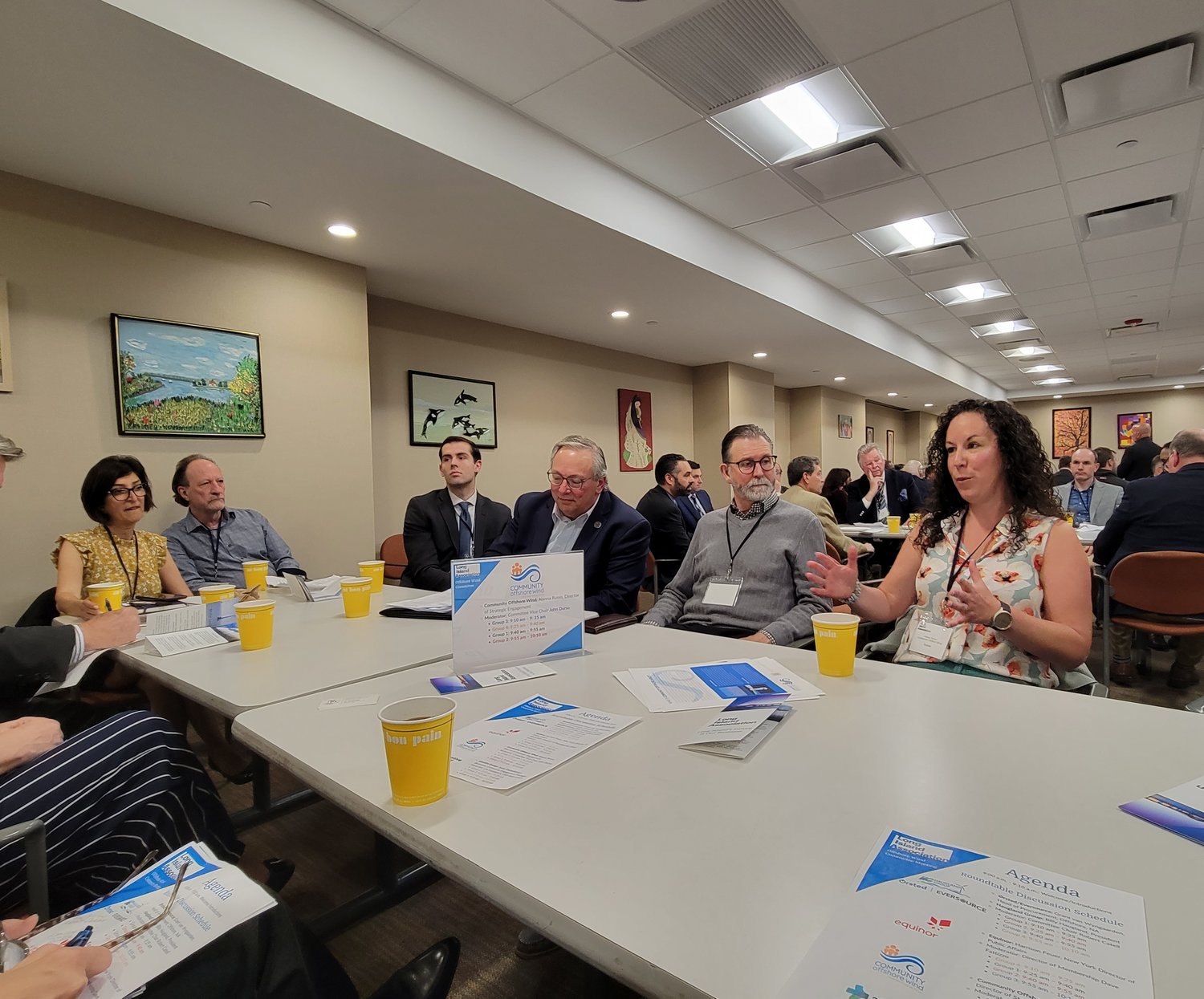 Alanna Russo, the strategic engagement director for Community Offshore Wind — which is developing a seabed lease in the New York Bight — says they hope to get some of its wind energy projects off the ground and running by the end of the decade.
Jake Pellegrino/Herald
By Jake Pellegrino

There are certainly some advantages to living on an island — advantages Matt Cohen says Long Island doesn’t exploit enough. Especially when it comes to alternative energy sources like offshore wind.

“We’re an island,” Cohen, president of the Long Island Association, told a roundtable discussion in Melville last week. “We’re surrounded by water. Iowa and Nebraska may not be able to do this, but we can. We’re in position to take advantage of it.”

“There were so many people interested in this growing industry on Long Island and eager to see where they could learn more,” he said. “They want to get involved to help this industry grow, and the conversation in general was a great opportunity to connect with the folks on the ground and see how much support there is for offshore wind.”

“I’m here as an educator interested in the business and looking for possible employment pathways for our graduates,” she said. “The most exciting thing about this is mainly just that the fact that it’s actually happening now, and that it’s a realization. We’ve been talking about it for so long, and now we actually have a few projects in the pipeline. And that is great news for the local economy.”

Ørsted’s roots are in fossil fuels, but the Danish company — named for scientist Hans Christian Ørsted — has since moved completely to renewable energy. It has joined with Connecticut-based offshore wind company Eversource on a pair of major projects in the region, including the South Fork Wind Farm — a dozen turbines spinning offshore 30 miles east of Montauk.

Construction on those turbines start and finish next year, according to Grant van Wyngaarden, who heads offshore procurement in North America for Ørsted. It’s expected to deliver enough electricity to power more than 100,000 homes.

Sunrise Wind, expected to be constructed nearby in 2024, will be a much larger project with more than 80 turbines.

Community Offshore Wind is developing a seabed lease in the New York Bight that it won during a recent auction hosted by the Bureau of Ocean Energy Management, according to company spokeswoman Alanna Russo.

“This is something we’ve thought about for many years, and we’re very excited, but we’re still in our infancy stage of developing our project,” she said. “We’re doing site surveys, environmental assessment, and engaging with stakeholders, and hopefully it will be completed by the end of decade.”

For Jamie Shellenberger-Bessman, who represents the Attentive Energy subsidiary of France’s TotalEnergies Renewables, says her role is more about education — not just of Attentive Energy’s work, but renewable energy in general.

“I have conversations every day with people who don’t even know what an offshore wind farm is and the massive opportunity that’s out there,” she said. “So, it’s just about making sure we’re making those connections. We believe the younger generation is the future because it’s the people in junior high and high school right now who are going to be building these things, so we’re looking to make connections there.”

The Ocean Energy Management bureau auctioned off six leases last February in the Bight for $4.4 billion, including $795 million from Attentive Energy. The leases include more than 460,000 leasable acres with the hopes of producing enough energy for nearly 2 million homes.