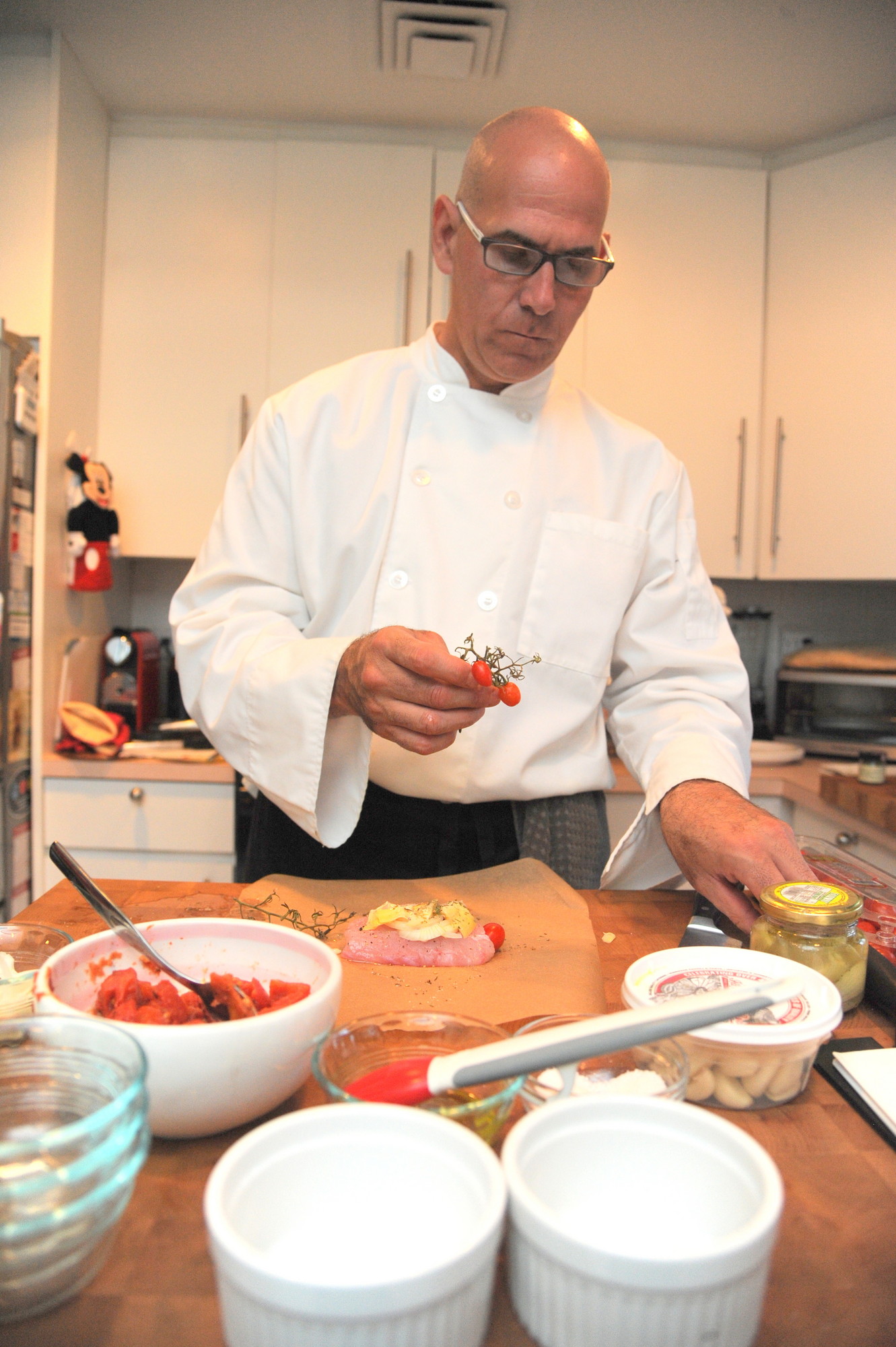 With his graduation from the University of Pennsylvania’s Wharton School drawing near, Bill Williams had plenty to celebrate last May. To do so, he planned a romantic dinner for his soon-to-be fiancée with the help of Bart Dorfman, a Bellmorite and personal chef.

But this wasn’t just a graduation celebration, Dorfman said. Just before Williams and his then girlfriend, Mollie, returned to his New York City apartment on May 4, which was candlelit and decorated with rose petals by Dorfman, Williams asked her to marry him.

Dorfman served the couple a five-course graduation/engagement dinner. He explained that nights like May 4 make him love his job as a personal chef.

“I love those kinds of situations where I could be a part of someone’s life forever,” he said. “That’s sort of why I’m passionate about it.”

Dorfman took his passion for healthy food and created “A Culinary Mind,” a personal chef service used by Bellmore-Merrick, Long Island and New York City residents looking for palate-specific meals cooked with fresh ingredients by the chef himself.

Dorfman established his business 12 years ago after he received extensive training in the United States and abroad. The Brooklyn-born, North Woodmere-raised culinary connoisseur was living in Long Beach after he graduated from the University of South Florida and began working in the financial services industry in the late 1980s. It was then that he realized his passion for food, ignited by family members, trumped all else.

His grandmother, Sophie Lipton, and his mother, Ceil Oberlander, love to cook. His grandmother, he said, “would sit in the kitchen and prepare all of the meals for holidays for hours. I thought, ‘If she’s really loving this thing, maybe there’s something to it.’”

To pursue his dreams, Dorfman enrolled at the Culinary Institute of America in Hyde Park, N.Y., graduating in 1988. His training, however, did not end there. Shortly after his graduation, Dorfman traveled to the Tuscan region of Italy to study at the Toscana Saporita Cooking School for experienced chefs.