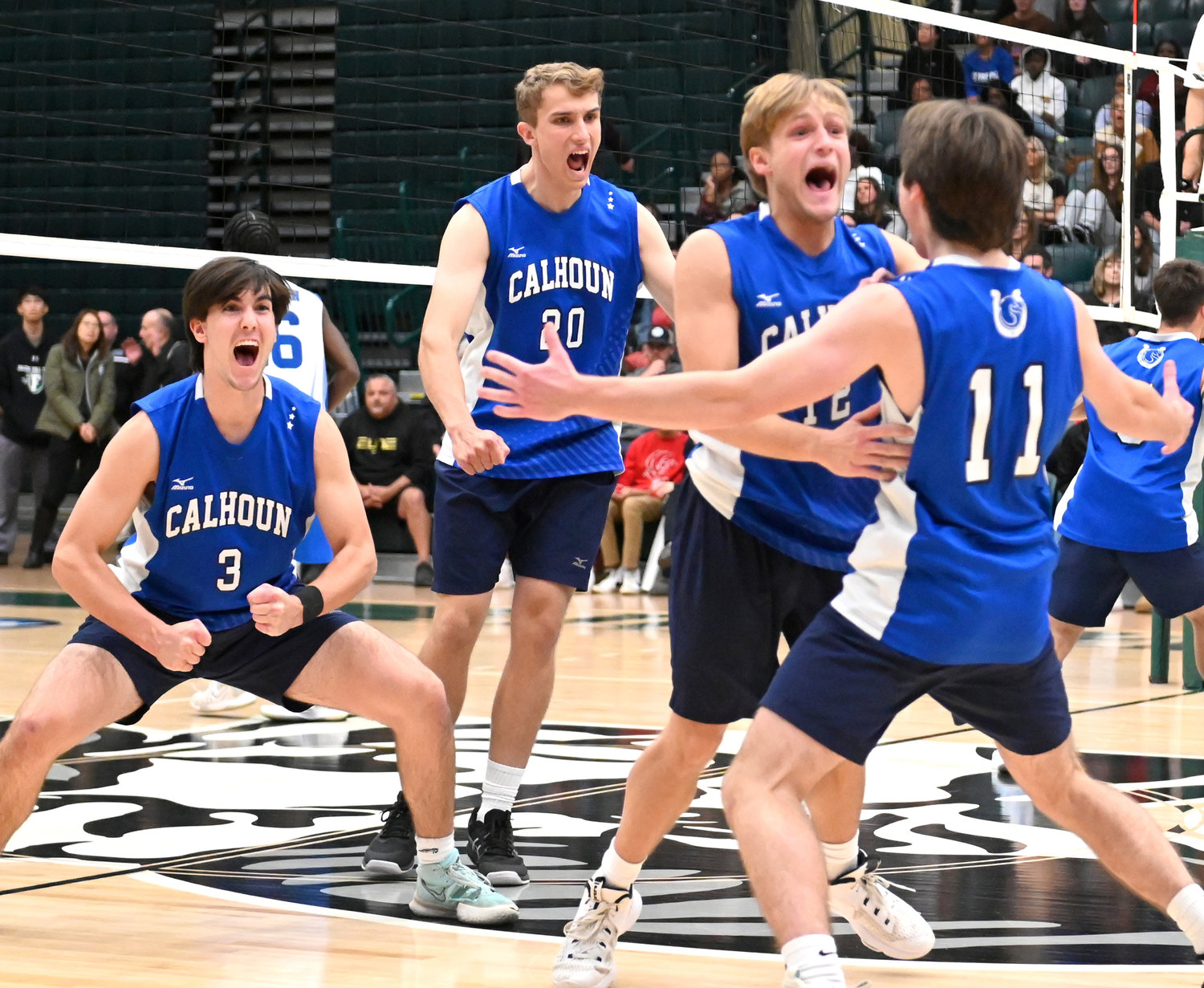 Top-seeded Calhoun used a balanced attack and took advantage of a second-set lineup gaffe by the Bulldogs to reclaim the county title Nov. 8 at Farmingdale State College, 25-22, 25-19, 25-20.

“We played our hearts out,” Bello said. “This group of seniors, we’ve been the best of friends for five years. Our chemistry is off the charts. We were focused all year on the county championship and really wanted to face Roslyn to avenge last season’s result.”

In the county final, Calhoun (13-5) held off a late charge from Roslyn to take the opening set. It was 23-21 when seniors Sean DiPaola and Matt Kalfas sandwiched kills around an opposing point to win it.

“It was an honor to play with all of these guys,” said DiPaola, who switched from soccer to volleyball prior to last season and became an impact outside hitter. “We wanted the county title bad.”

In the second set, a bizarre twist took some steam, along with six points, away from third-seeded Roslyn.

An illegal substitution by the Bulldogs, not caught at the time it took place, led to a lengthy delay as officials sorted through the lineup card. After a 15-minute discussion it was determined the substitution penalty occurred with Roslyn trailing 12-8, wiping out its 14-12 lead. The Colts went on to earn 13 of the next 24 points to capture the set and inch closer to the title.

“They were definitely down after that and we fed off it,” Bello said.

Calhoun coach Ryan Pastuch said in between the second and third set, he reminded the Colts of their recent history with Roslyn.

“We went five sets in last year’s county final and earlier this season we came back to beat Roslyn after being down 2-0,” Pastuch said. “We knew we had to keep fighting for every point like it was the last. I wanted to make sure we kept our foot down on the pedal.”

“Four points decided which team went upstate,” Pastuch said. “We definitely gave everything we had and played a great match.”

“It was a heated match and a lot of fun to be a part of,” DiPaola said.