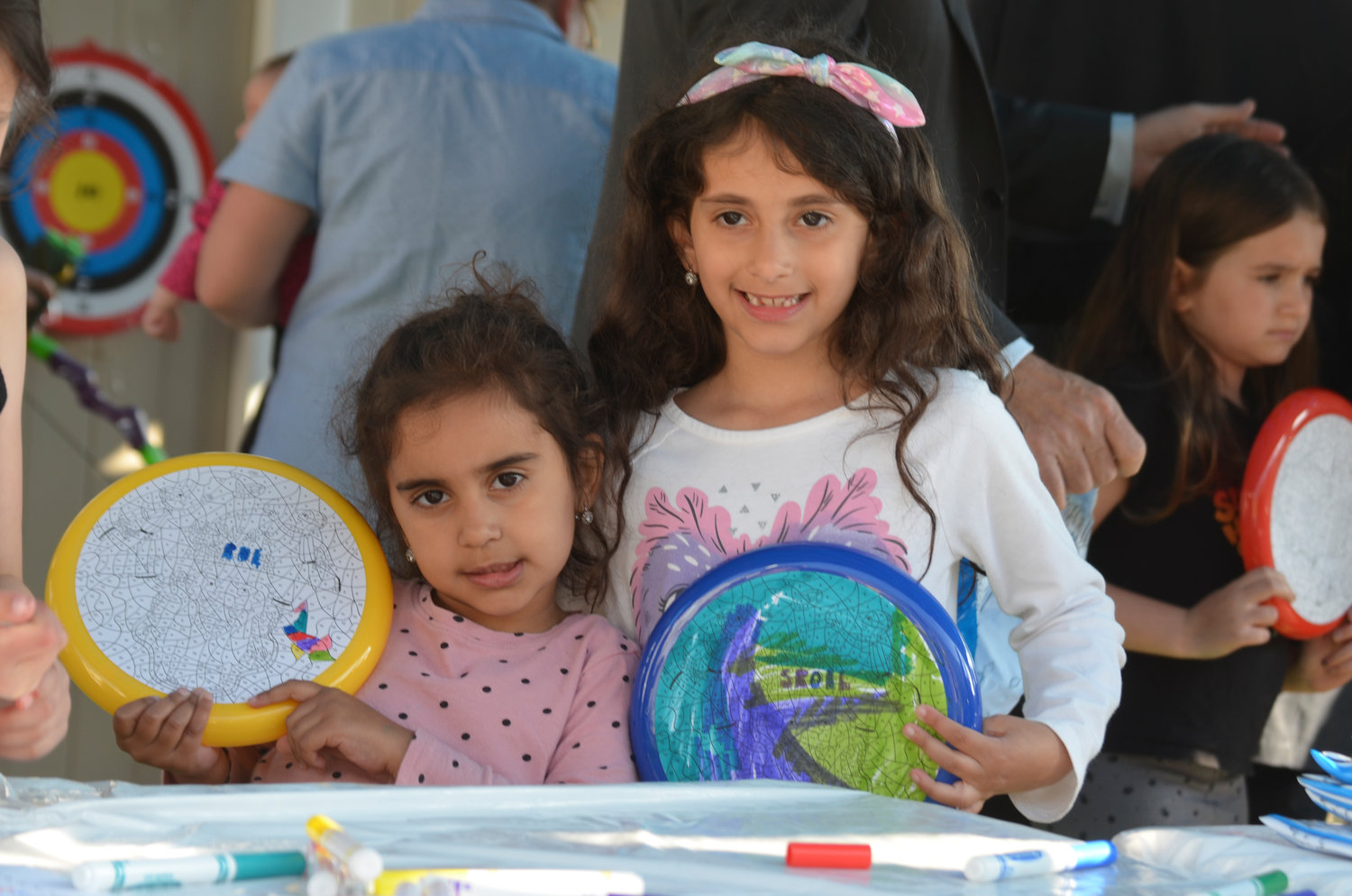 Liana and Abigail Niyazov, ages 5 and 7, had a great time at the barbecue.
Tim Baker Photographer 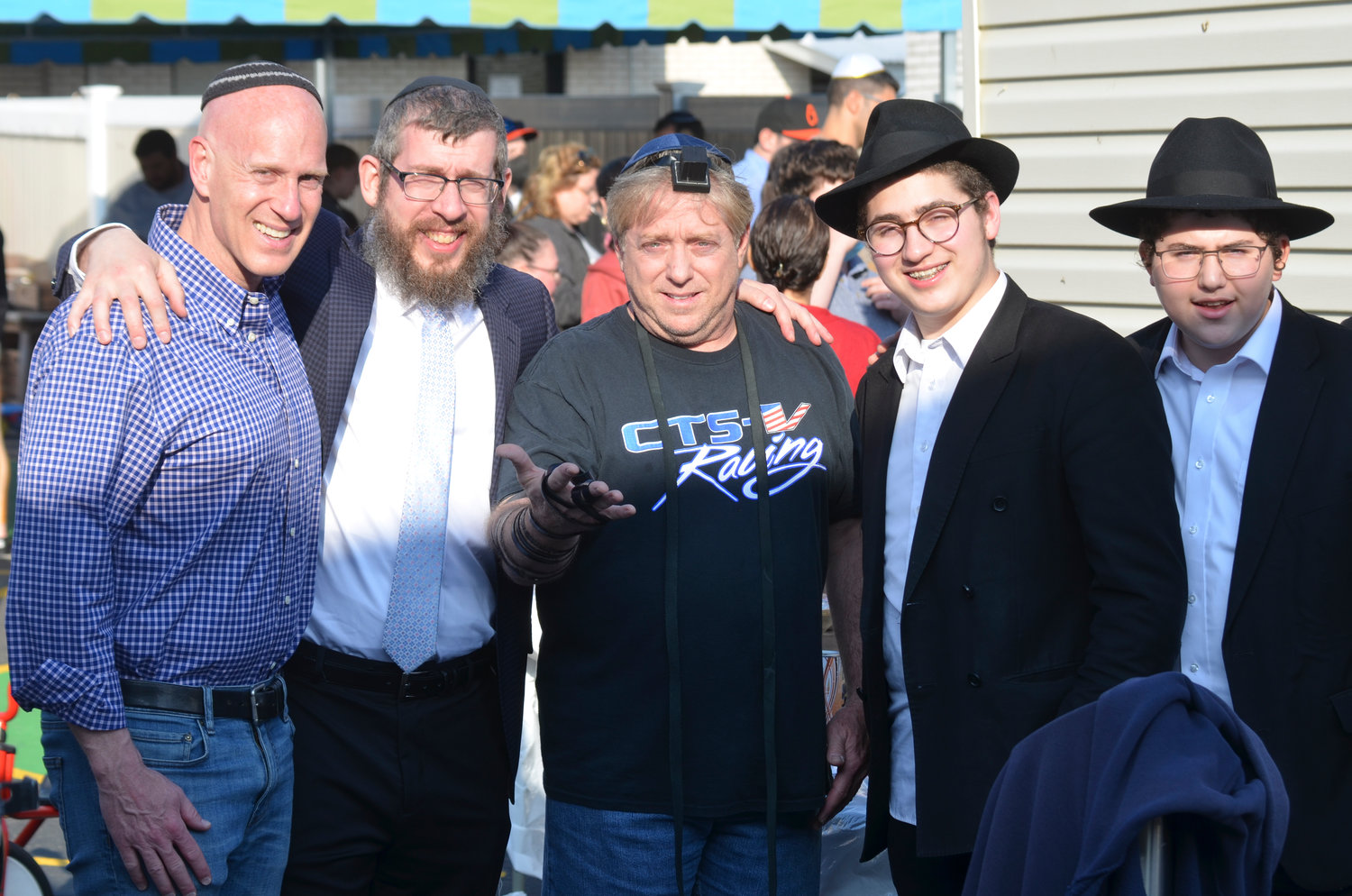 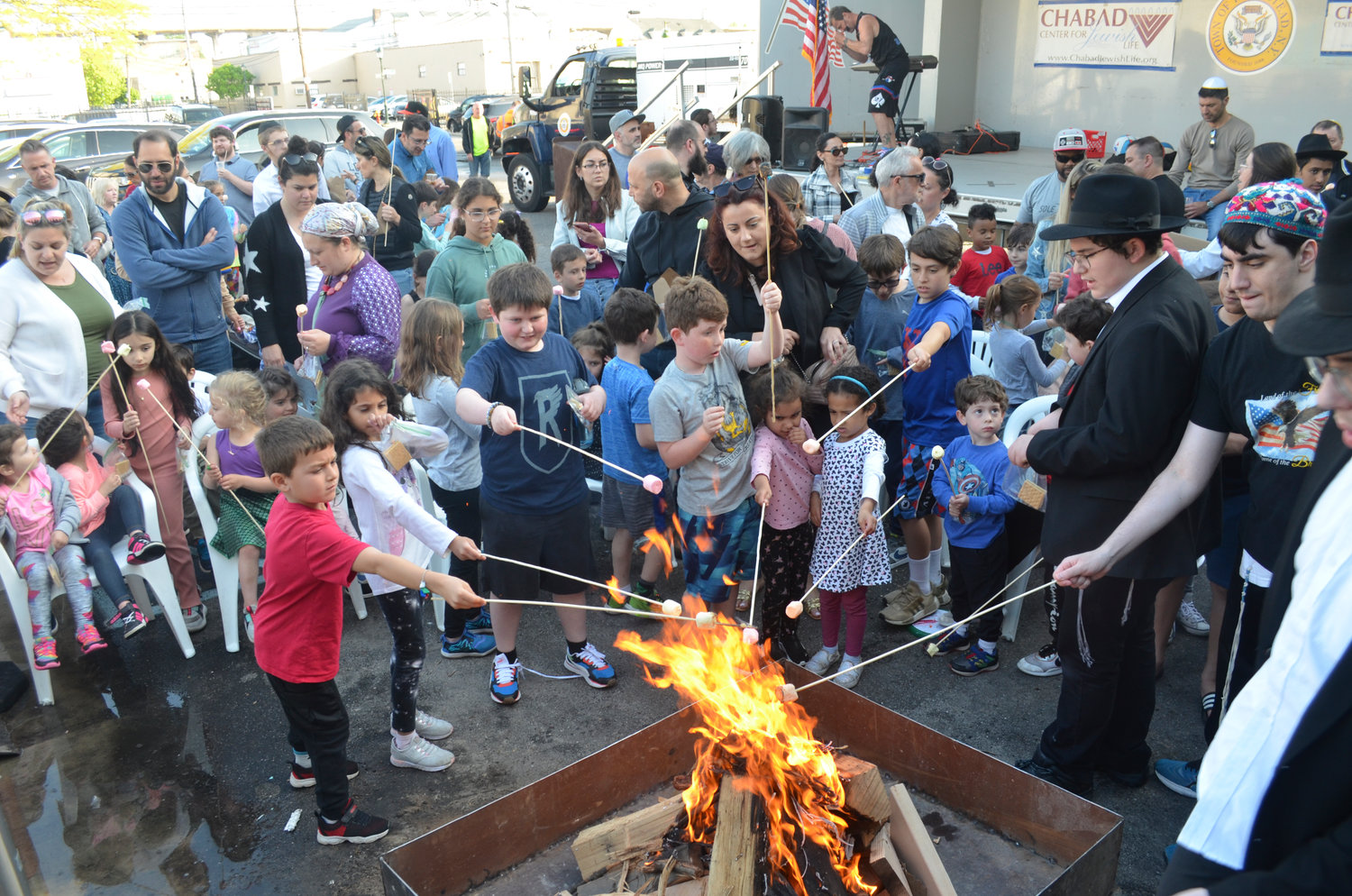 The community gathered around the bonfire to roast marshmallows.
Tim Baker/Herald 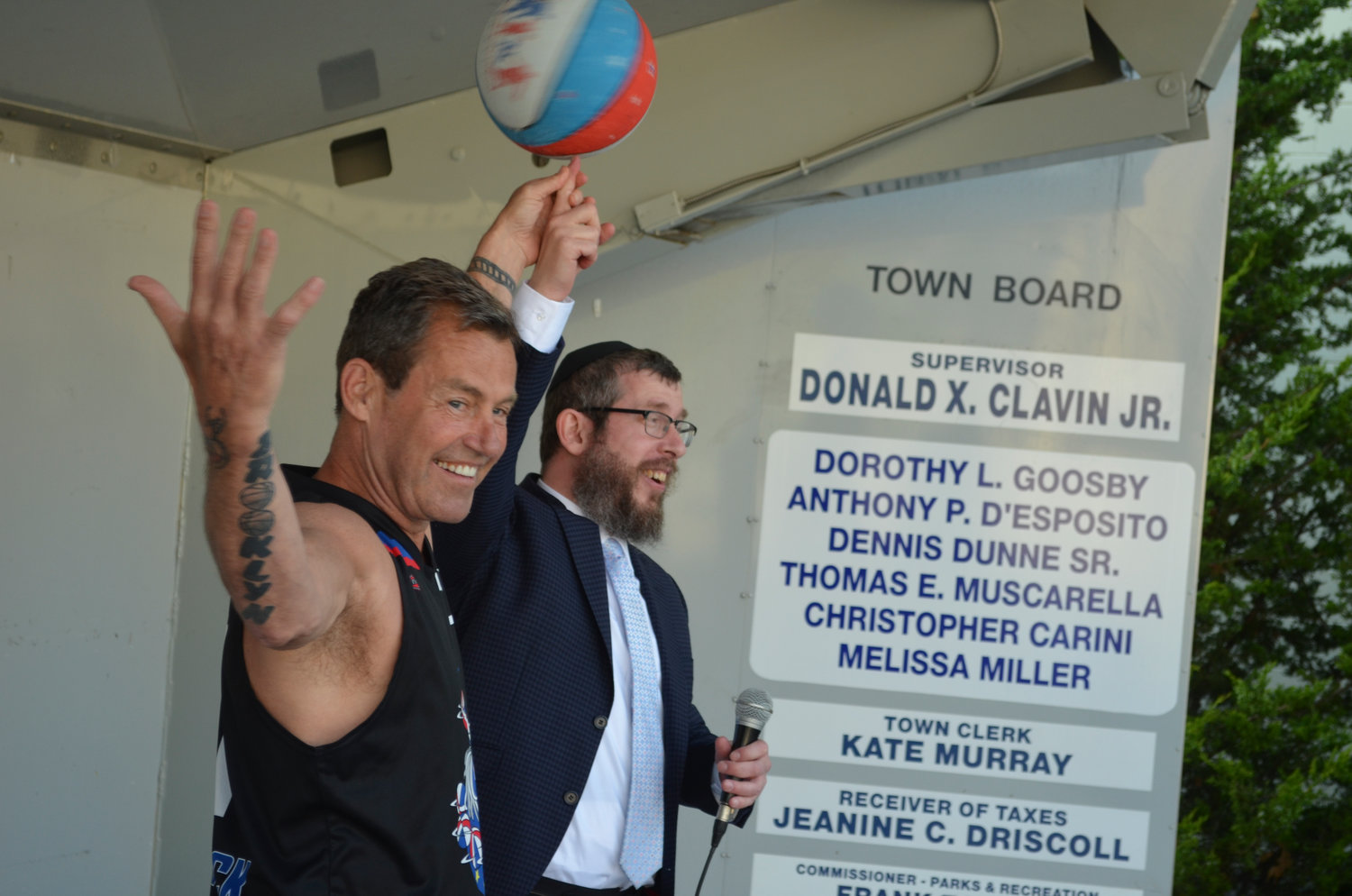 Rabbi Kramer spun a basketball on his finger, with the assistance of Ryan.
Tim Baker/Herald 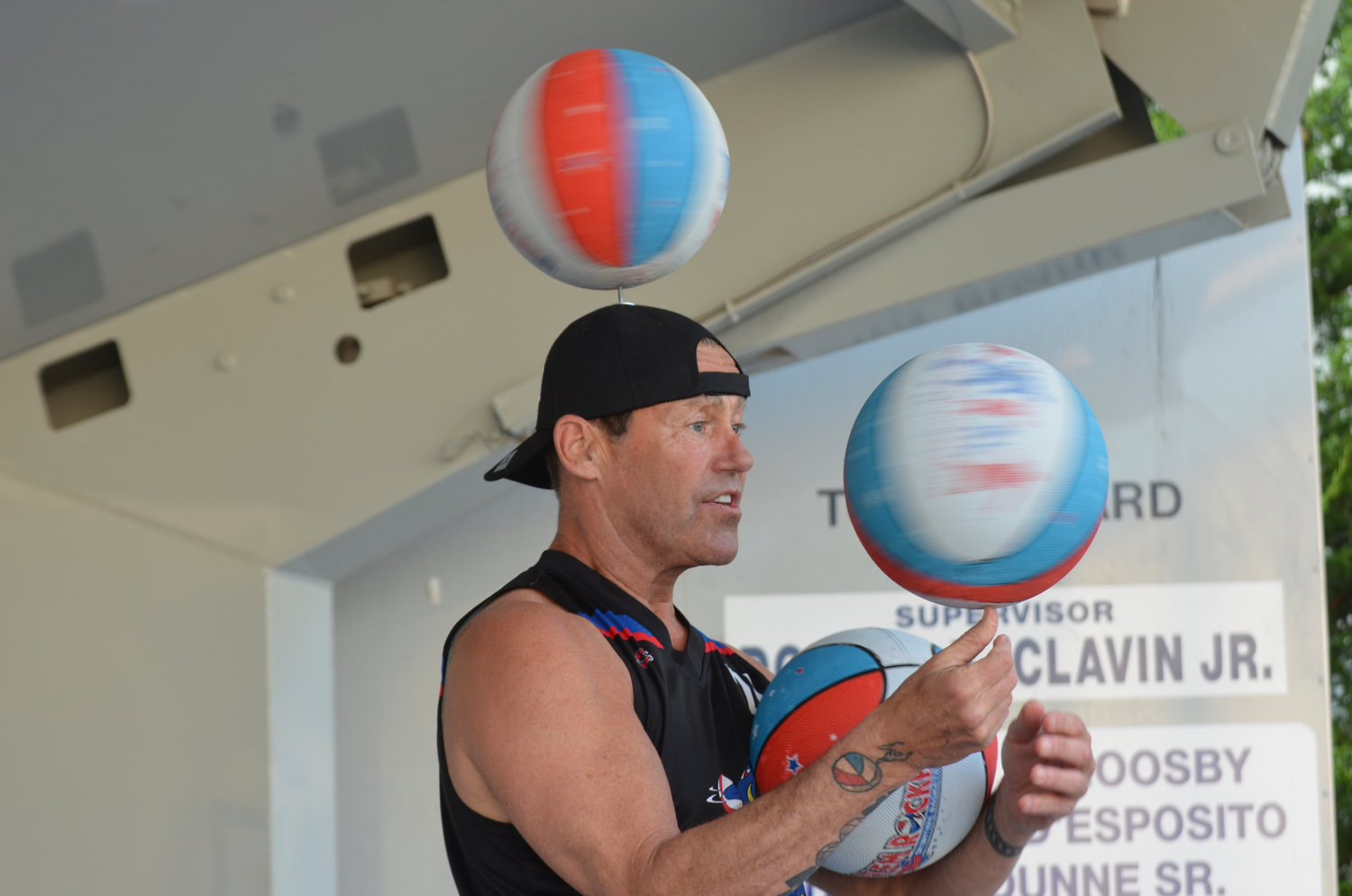 The highlight of the evening was a performance by street ball player Jack Ryan, who demonstrated his skills by spinning many basketballs at the same time.
Tim Baker/Herald
Previous Next
By Jordan Vallone

The community gathered on May 19, to celebrate Lag BaOmer at the Chabad Center for Jewish Life, also referred to as the Chabad of Merrick-Bellmore-Wantagh.

Lag BaOmer is the celebration, and anniversary of the death of Rabbi Shimon bar Yochai, a leading student of Rabbi Akiva, who revealed the deepest secrets of “kabbalah” in the form of Zohar, a landmark text of Jewish mysticism.

Another thing celebrated on Lag BaOmer is the commemoration of the day in which the plague, that killed Rabbi Akiva’s 24,000 students, finally came to an end.

The lot of the Chabad center was transformed into a fun space, with barbecue foods, a large stage for performances, and a bonfire. The bonfire, which symbolizes the spiritual light Rabbi Yochai brought into the world, was lit, and children and families in attendance roasted marshmallows. Jewish men in attendance were also able to wear tefillin, which are cubic, leather straps, and recite a prayer. Wearing tefillin is considered a, commandment or “mitzvah.”

“Lag BaOmer is a very special day,” Rabbi Shimon Kramer of the Chabad said. “The last two years, we all experienced a plague. Many years ago, there was also a plague — a major plague — where 24,000 students of the famous Rabbi Akiva passed away.

“On Lag BaOmer, the students stopped passing away, and the plague ended,” Rabbi Kramer went on. “That is one of the reasons we celebrate Lag BaOmer.”

Following the lighting of the bonfire, families watched a performance by Jack Ryan, a street ball player, who demonstrated various tricks with basketballs.

The community, and children who attend the Chabad’s preschool and Hebrew school, were all able to experience and celebrate, the magic, light and soul of Lag BaOmer together again, in person.