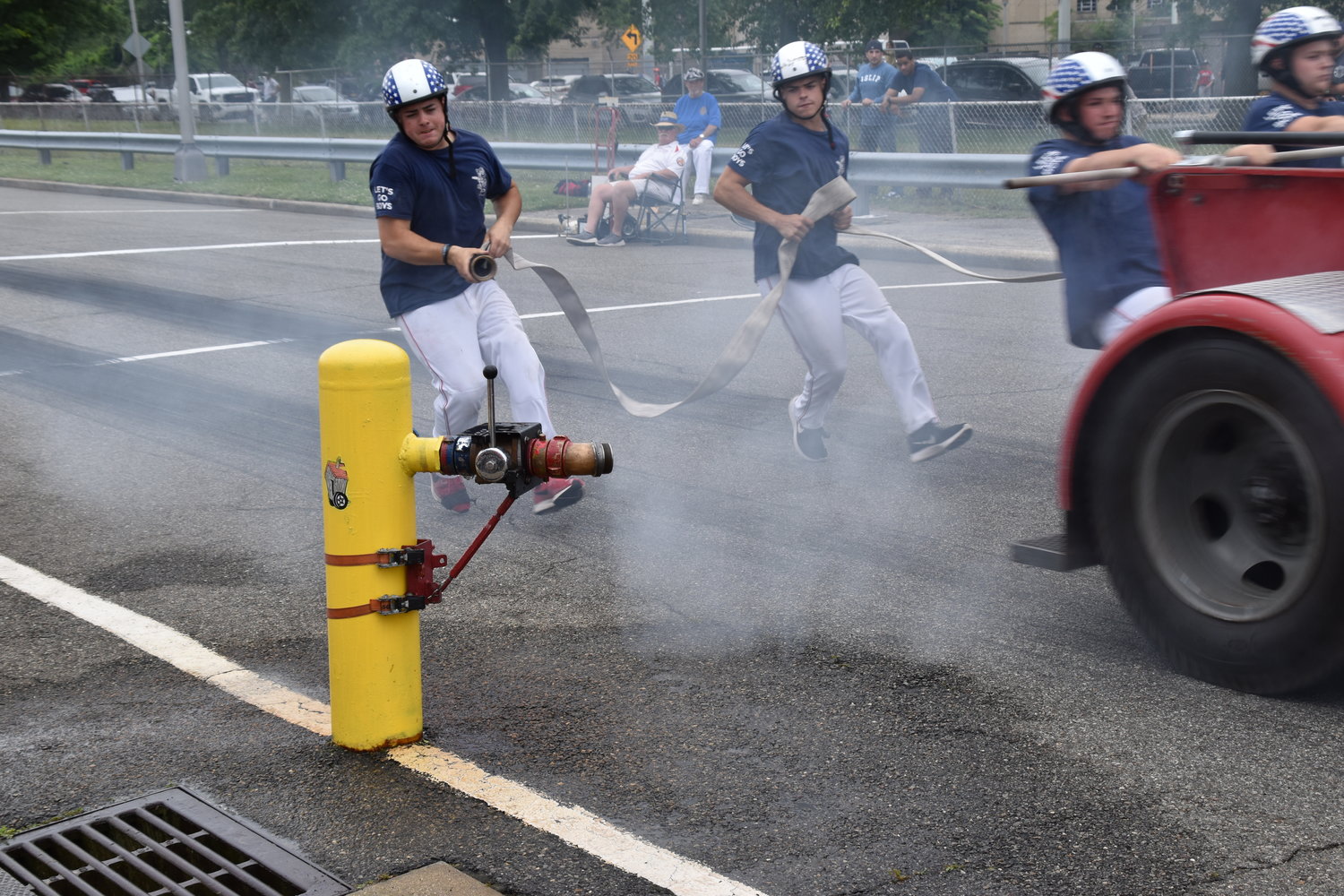 Members of the North Merrick Stump Jumpers participate in the tournament.
Bill Kelly/Herald 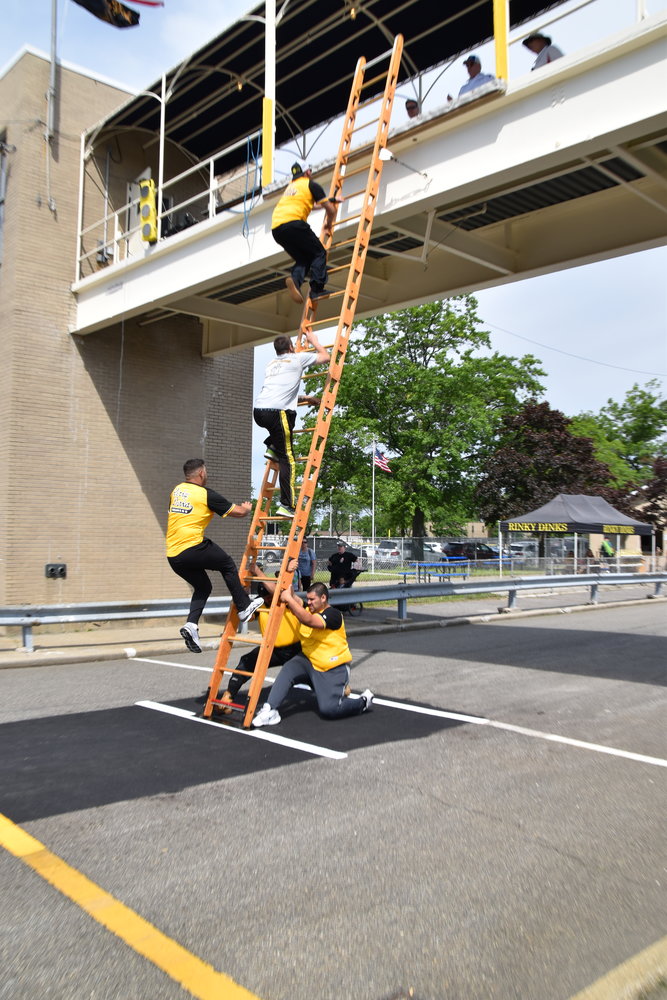 The North Bellmore Rinky Dinks head up a ladder during the ladder competition.
Bill Kelly/Herald 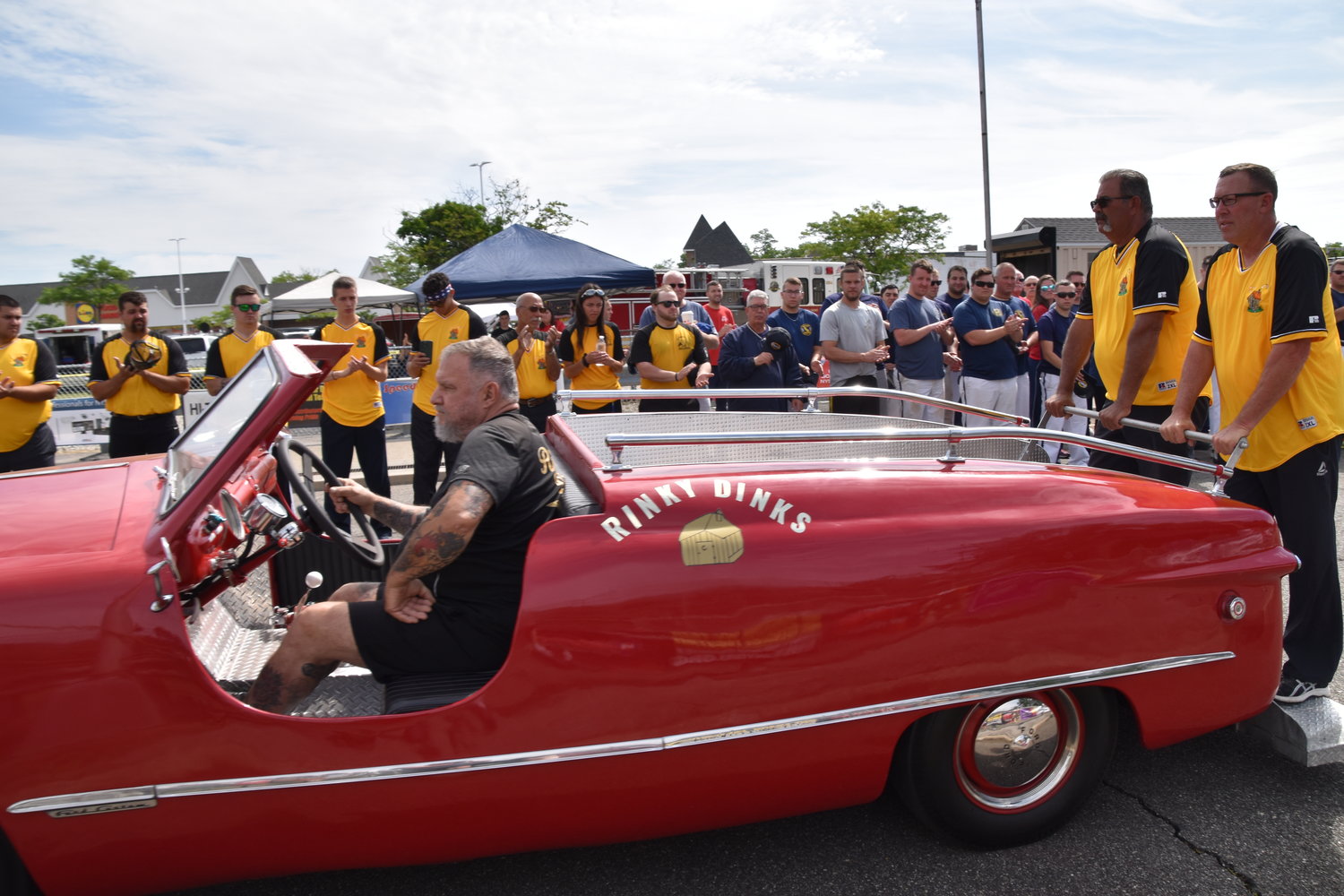 A car from the Rinky Dinks rolls by the crowd.
Bill Kelly/Herakd
Previous Next

Dozens of departments came out on June 11, to take part in the day’s events.

The North Bellmore Fire Department is gearing up to host the 2022 New York State Parade and Drill in August, starting with drill on Saturday, August 20, and a parade on Sunday, August 21.

Admission will be $10 for adults and $7 for children — drill festivities will commence at the Four Town’s Training Facility, and the parade will take place on the streets of Bellmore.