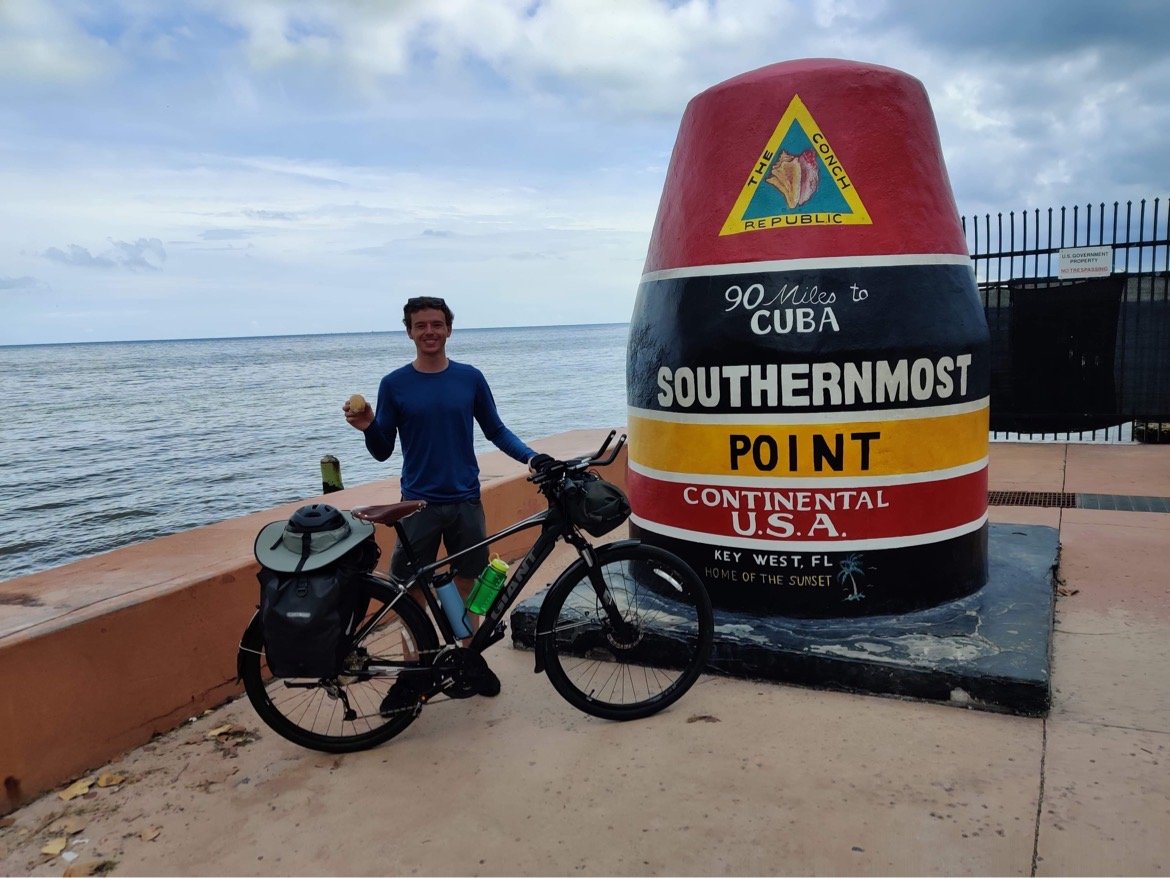 On June 1, Ian Randman set off on the journey of a lifetime. He is traveling from Key West, Fla. to Prudhoe Bay, Alaska, on bike, in honor of his cousin Joshua Randman, who died from pediatric cancer in 2018.
Courtesy Ian Randman 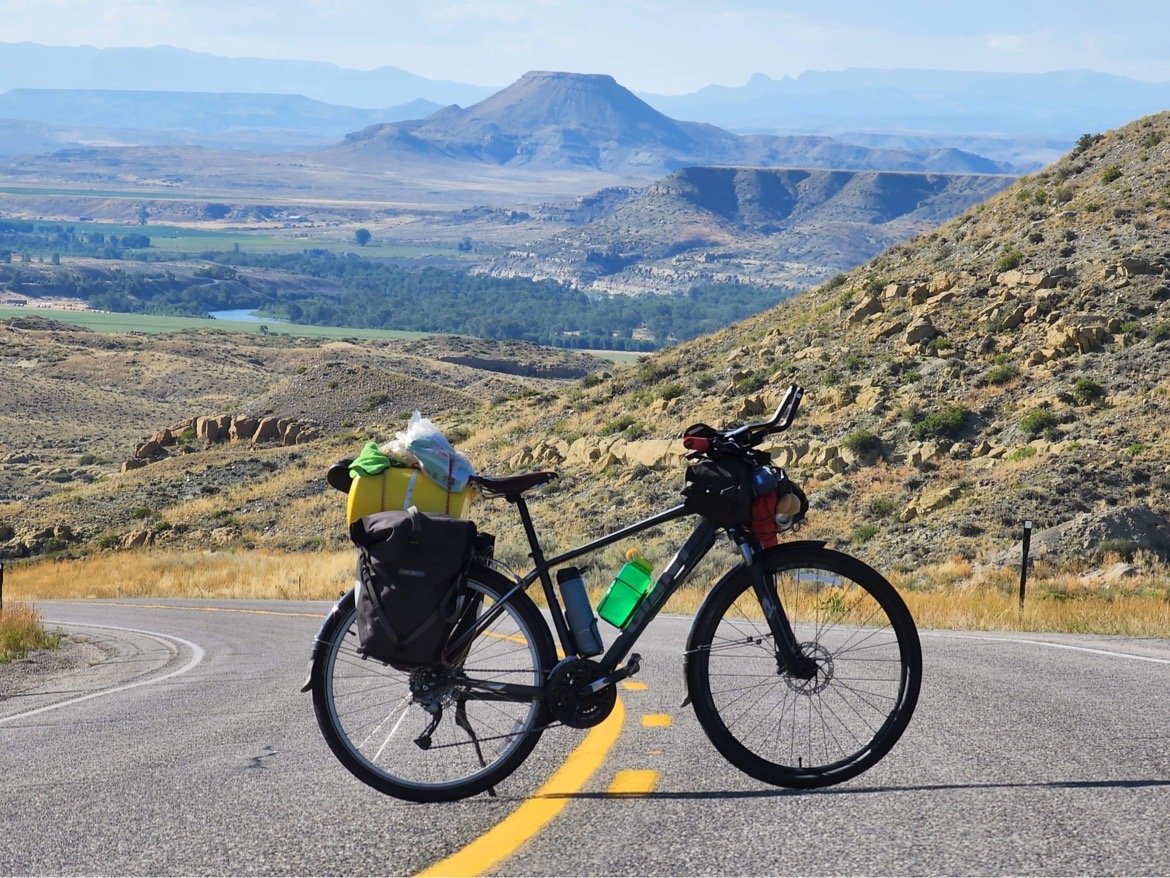 The journey has had Randman biking on all sorts of terrain — from paved roads, to gravel paths. The scenery, and the kindness of people he’s encountered, have been extraordinary, he said.
Courtesy Ian Randman 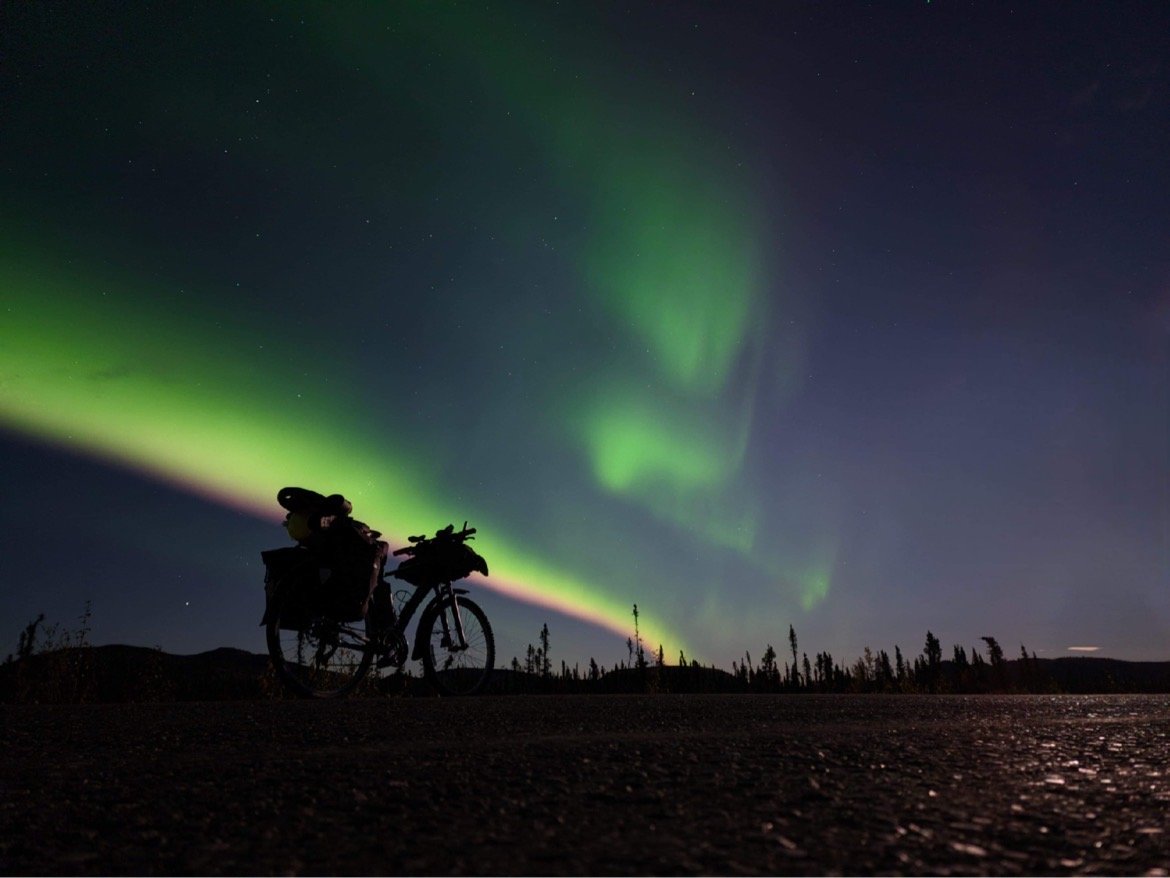 During the northernmost parts of his trip, Randman has been able to see the aurora borealis, otherwise known as the Northern Lights.
Courtesy Ian Randman
Previous Next
By Jordan Vallone

Ian Randman is taking the journey of a lifetime — on a bike.

The North Bellmore native departed from Key West, Fla., the southernmost, accessible point in the continental United States on June 1, with only a handful of items packed onto his bike, and his end destination being some 6,000 miles away, in Prudhoe Bay, Alaska.

What lied ahead of him was a grueling journey, that wasn’t for the faint of heart. But Randman took the trip for a reason, to honor his cousin, Joshua Randman, and raise money for Tackle Kids Cancer, which Joshua was deeply involved in.

Joshua, who lived in New Jersey, was diagnosed with a desmoplastic small round cell tumor, a rare soft tissue cancer, in 2015. It has a 5-year survival rate of just 15 percent. He succumbed to the illness in 2018, at the age of 20.

“Josh was big into technology,” Randman said. “He founded a robotics team in his high school, and is the reason I got into the computing field.”

Randman, 22, graduated Wellington C. Mepham High School in 2017, and went on to obtain his bachelor’s degree in software engineering from the Rochester Institute of Technology. He graduated this spring, with a master’s in computer science, also from RIT.

He decided before he started job hunting, this would be the time to take the trip.

Randman likes to bike, but the longest trip he’d endured prior to this one was just 360 miles long. He grew up biking around his neighborhood, he added, and in the parking lot of the North Bellmore Stop & Shop off Newbridge Road.

He’s an Eagle Scout, and through his involvement with the Boy Scouts of America, he had some experience camping, and forging in the wilderness. He had been preparing for this trip for a couple of years, he explained, and planning his route. He flew down to Florida in mid-May, where he spent some time with his grandparents, and built a website to showcase his journey, before departing in June.

“The most important thing is gear,” he said. “I only planned the specifics. And in terms of training — Florida is pretty flat. So that was my training.”

Throughout his journey thus far, he’s encountered many things: some extreme weather conditions, a handful of animals, and rough roads.

During the first stretch of his journey in Florida, he was put up against a tropical depression, that dumped tons of rain on the southern half of the state. In Wyoming, he battled 40-mile-per-hour headwinds, and in Colorado, he saw about 5 tornadoes in the distance, though one never touched down near him.

As he headed further north, he said he’s seen a number of bears, and some elk. Heading through Yellowstone National Park, he added he was surprised — and slightly disappointed — to not see bison, which the nature fortress is known for.

Paved roads and highways are the safest and most reliable to travel on, but occasionally, he’s had to trek on dirt and gravel paths. Last Friday, he was in Fairbanks, Alaska, 500 miles out of his final destination. That last and most difficult stretch, he said, would have him facing some of the most questionable conditions, and freezing temperatures.

On average, he estimated he was biking anywhere from 75 to 80 miles a day.

His bike, he said, has given him some major issues. “The bike is terrible,” he said, laughing. “If I have to never pedal for the rest of my life, I’d be okay with that, but it’s gotten me to where I am. A lot of parts are not the same as when I started. I prepared for a while, so I was pretty sure of what was ahead of me.”

Tackle Kids Cancer, the foundation Randman is biking to raise money for, is based in Hackensack, New Jersey. Since 2015, Eli Manning, the former New York Giants quarterback, has served as a Team Captain for the organization, and as a philanthropic contributor.

Through his work with the group, Josh got to know Manning, Randman explained, and in support of his journey, Manning tweeted about it on July 13.

“While courageously battling cancer, Josh still helped others and was a great advocate for Tackle Kids Cancer,” Manning wrote. “He inspired a lot of us, including his cousin, Ian Randman, who is honoring Josh’s legacy with a cross-country bike ride.”

There’s a few things, Randman said, he wasn’t expecting on his journey, including the incredibly kindness of people he’s met. While taking a rest at a museum in Alabama, he met a couple from St. Louis, Mo., who said if he was heading that way, he had a place to stay. When Randman eventually got to St. Louis, that offer was still on the table.

“People see me, and they help me out, with whatever it is,” he said. “They’ve given me food, water, which is kind of important sometimes.”

Many of these people, he added, he’s kept in touch with.

He hopes to reach Prudhoe Bay on Sept. 27 or 28. From there, he said he’ll catch a ride back to Fairbanks, and head home on a flight on Oct. 1, just in time to celebrate his birthday, on Oct. 2. He said he’s a bit homesick, but for his cousin, the trip has been worth it.

To see Randman’s online fundraiser, and learn more about him, his cousin, and his remarkable journey, visit IanRandman.com.