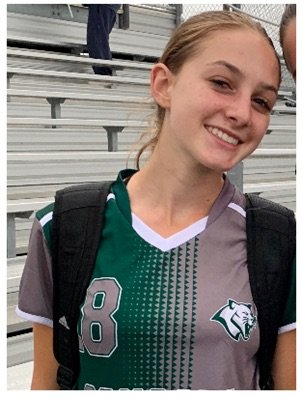 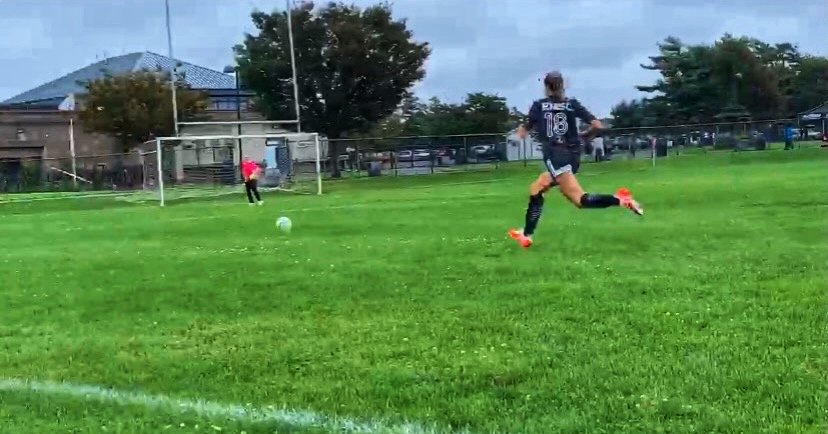 A talented midfielder, Sivin was one of only 24 girls selected from across the country.
Courtesy Isabelle Sivin
Previous Next

I enjoy going to practice every day — even though it is every day.”
Isabelle Sivin, JFK sophomore
By Jordan Vallone

Isabelle Sivin, a sophomore at John F. Kennedy High School, will travel to Israel next summer as a member of the U.S. women’s u16 soccer team to compete at the 2022 Maccabi Games. The multinational sporting event, held quadrennially in Israel, celebrates Jewish unity, culture and heritage through athletic competition.

The games will start in early July and continue for three weeks. The U.S. is one of 80 countries sending over 10,000 athletes who will compete in 39 sports. Sivin was one of just 24 girls from across the country chosen to play for the national team for girls under age 16.

There are tryouts for the Maccabi Games, Sivin, 15, of Merrick, explained. “I was at camp, so I missed the first tryout,” she said. “They had a makeup, so I went to that instead. It was during the summer — in August, at Randall’s Island.”

Although many details about practices and meeting her teammates are still to be determined, Sivin said that there would be virtual meetings prior to the games. “They said there’s Zoom calls to see who you’re going to be with,” she explained. “They sent out an email to everyone who made it, and then you had a choice to do it or not.”

Sivin has been playing soccer since she was 4, and has been a member of Kennedy’s varsity team since last year. Her coach, Christine DeFilippo, a special-education teacher at Kennedy and a former collegiate player at Eastern Connecticut State University, told the Herald that Sivin is a two-year starter, a calm and composed competitor who is usually an outside midfielder.

“She’s a lefty,” DeFelippo said. “Depending on the team, she can cut the ball back and use her strength to pass the ball back or distribute the ball.

“She’s a very humble person, not big on showing off,” DeFilippo added. “She’s deceivingly aggressive — very strong. She helps us on both sides of the field, offensively and defensively.”

Sivin said that playing for Kennedy has been great thus far. “I enjoy the team a lot, being on a team with my friends from school,” she said. “It’s different from the club team. I enjoy going to practice every day — even though it is every day.”

Last season, which was shortened significantly by the pandemic, team members weren’t able to bond and form relationships off the field, she said. But this year has been different. “We get to do things outside of soccer, like go out to dinner,” Sivin said. “… It’s more fun, and we all get along better because we see each other outside of school.”

“Our chemistry this year has been wonderful,” DeFilippo said. “This group of girls has meshed right away. All the extra team bonding activities — the after-game dinners, even just being able to sit next to people on the bus — that wasn’t possible last year.”

Outside school, Sivin also plays for the East Meadow-Farmingdale Soccer Club, which at one point was two separate teams, but recently joined forces in the interest of player development. Her team competes in the Elite Club Regional League, a highly competitive league that has regular-season games across the Northeast and tournaments as far afield as Virginia and Florida. There are two practices a week and games every weekend.

Sivin recalled that when she was young, her parents signed her up for soccer, and she has stuck with it ever since. She said she also plans to play lacrosse for Kennedy in the spring.

In the future, she said, she’s not sure whether she’ll continue playing soccer. “I’ve considered playing in college, but I still have a lot to think about,” she said. “It depends on what schools I get into and what I want to be when I’m older. I have reasons why I want to be a few things, but nothing really specific [yet].”

The Kennedy squad had a regular-season record of 2 wins, 7 losses and 4 ties, and DeFilippo said the players were looking forward to the playoffs. She added that she was excited to see her play as an upperclassman.

“We had a conversation with her in the beginning of the season [about] how this year was going to be her year to shine,” DeFilippo said. “She’s got two goals on the board — and seeing the opportunity she’s going to have [at the Maccabi Games], we’re definitely looking forward to seeing what she’ll bring next year.”