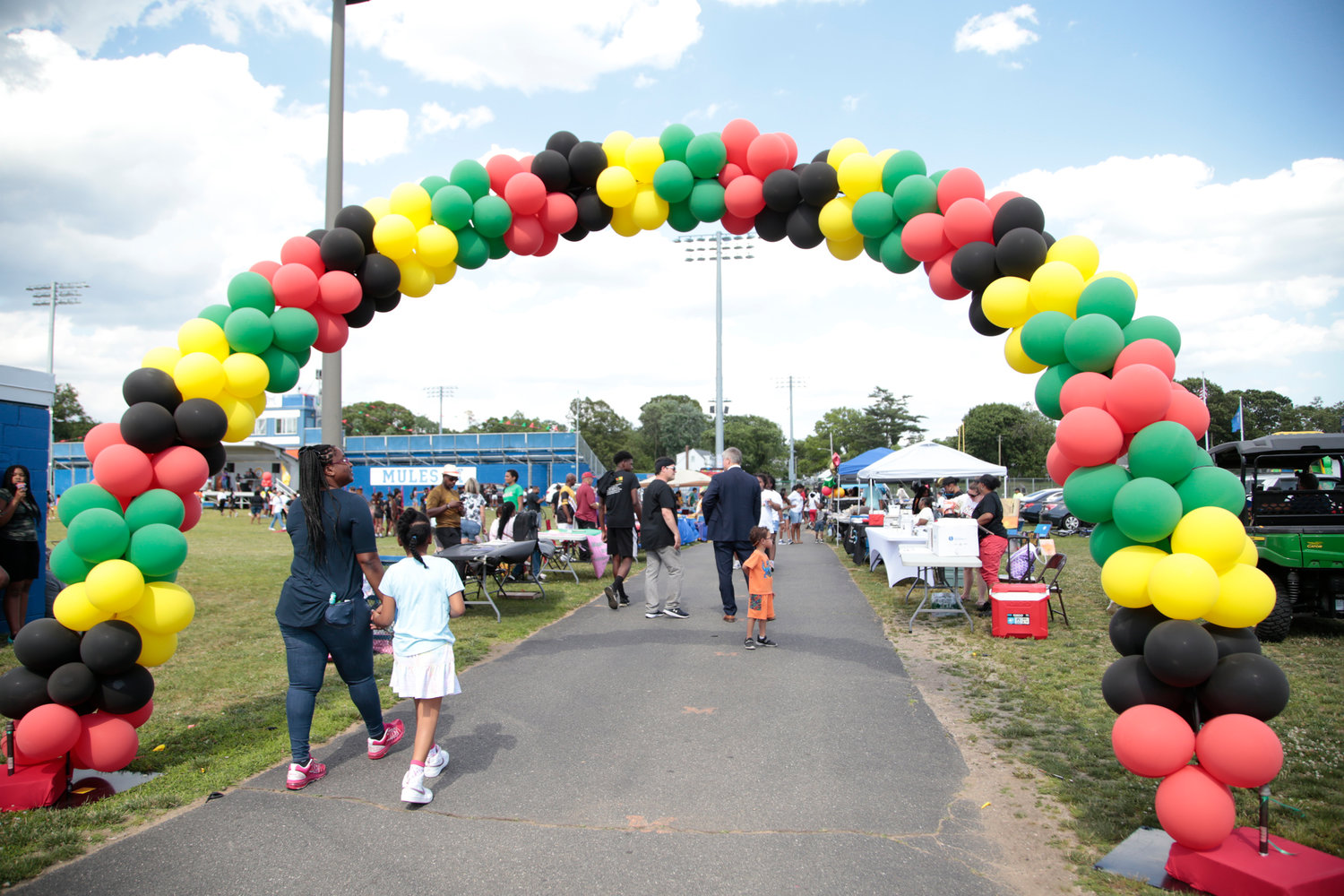 The entrance to the jubilee area was adorned in the Pan-African colors.
Sue Grieco/Herald 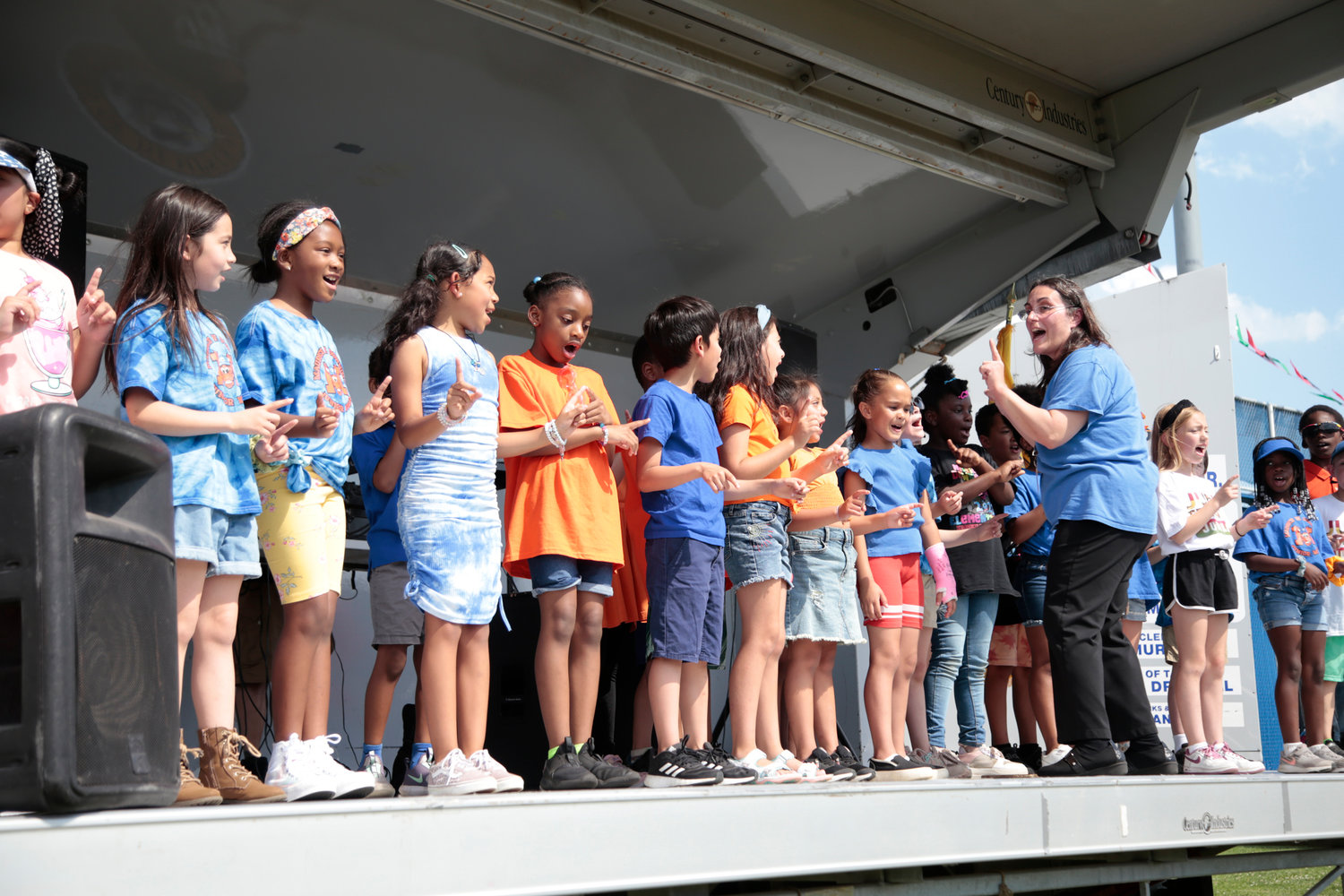 Members of the Maurice W. Downing 2nd grade Glee Club, led by Mishel Wowk, entertained the crowd with their rendition of "Stand By Me."
Sue Grieco/Herald 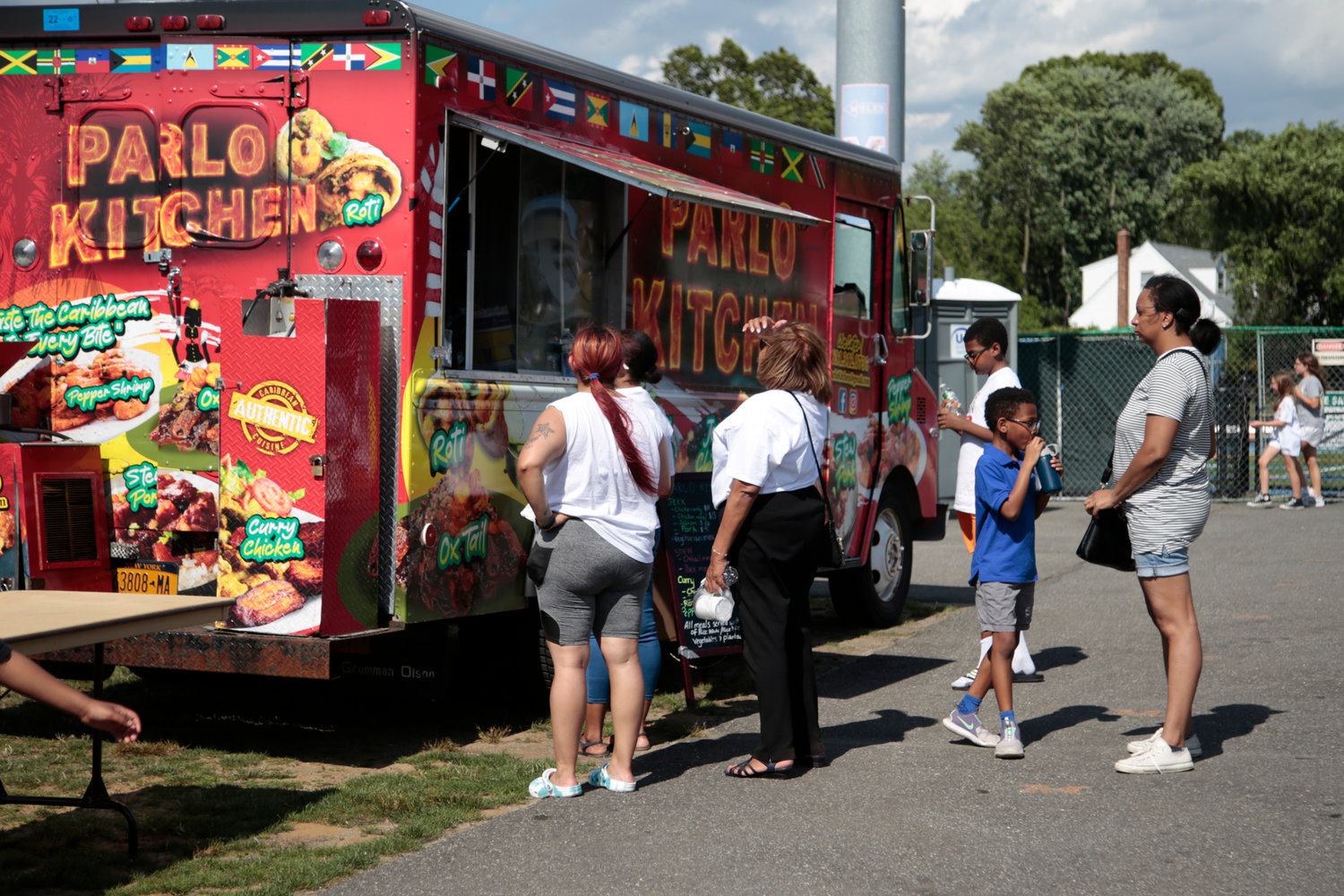 Juneteenth is a recognition of America finally living up to its goals and ideals ... We’d finally achieved a level of liberty and freedom that was afforded to all.”
Lynda Day, Professor, Africana Studies
By Kyle Chin

Malverne High School was abuzz on the afternoon of Friday, June 17 as the school celebrated its second annual Juneteenth Jubilee. The day was a mix of fun and recreation, but also reflection through speeches and presentation delivered. The holiday, observed every June 19, commemorates the final liberation of enslaved people in the former Confederacy in 1865.

Lynda Day, a professor of Africana Studies at Brooklyn College, delivered an address on the history of Juneteenth at the jubilee. “On Juneteenth we remember Gen. Gordon Granger going to Galveston, Texas and telling the very last of the enslaved people there that they were freed,” she explained. “Since 1863 slaves in the Confederacy had been free on paper after the Emancipation Proclamation, but Juneteenth marks the final liberation of people under the precepts of the document.”

As the “jubilee” title suggests, the reflections on history were tempered with fun and celebration. Malverne School Board trustee Nicole Henderson helped organize the event and was pleased with how it came together. “We had amazing vendors. We had sororities and fraternities. We had all black-owned businesses here, from bakery, pastry, lotions, body care, mental health, life insurance. Kids coming out. We had African drums who were doing dances with the kids. We had a step team. Singers. Dancers.”

In sum, she stated, “I think the event today was amazing. This is our second annual event, and every year it gets bigger and better.” Additionally, Assemblywoman Judy Griffin, School Superintendent Lorna Lewis, and various community representatives from Malverne, Lakeview and Lynbrook joined in the festivities.

Eddie Gripper, a retired Vice President at JP Morgan Chase, represented Alpha Phi Alpha, America’s oldest majority black Greek letter organization, at the event. Gripper recently presented a virtual tour of Hampton University at Malverne High School and attended the jubilee to spread awareness of their in-person tour of historically black colleges coming up in the fall. “We’ve been doing this for 41 years,” he said. “We did it virtually the last two years, but we’re getting back out there.” Speaking on the presentation by Dr. Day, he stated, “She was excellent. She had a great depth of historical knowledge discussing slavery, both in the south and the north.”

In her remarks, Day drew a comparison to the Fourth of July and Frederick Douglass’s view on the holiday. In an 1852 speech, Douglass asked his audience, “What have I, or those I represent, to do with your national independence?” He further observed, “I am not included within the pale of this glorious anniversary! Your high independence only reveals the immeasurable distance between us. The blessings in which you, this day, rejoice, are not enjoyed in common.”

Where Douglass saw the Fourth of July of his day as hypocrisy for which he must “mourn,” Day sees Juneteenth as a kind of reclamation by which the freedoms celebrated on the Fourth were finally extended to all. “Douglass asked ‘What is July 4 to a slave?’ I would ask ‘What is Juneteenth to the free?’”

Day saw two main themes underlying her presentation. “The first is this: Juneteenth is a recognition of America finally living up to its goals and ideals. It’s something that everyone can join in. We’d finally achieved a level of liberty and freedom that was afforded to all.”

The end of slavery, she argued, set America on the path to end discrimination against people of all colors. “At that point, for people coming to this country or for new generations yet to be born, it finally meant they were guaranteed a standard of liberty. Freedom was granted to black people but at the same time, it really was granted to all people.”

Day’s final theme looked foward. “For people then and now we ask ‘now that you’re free, what are you going to do about it? Juneteenth calls people to consider what they’re going to do with their freedom.”