A milestone birthday for local war veteran and longtime firefighter 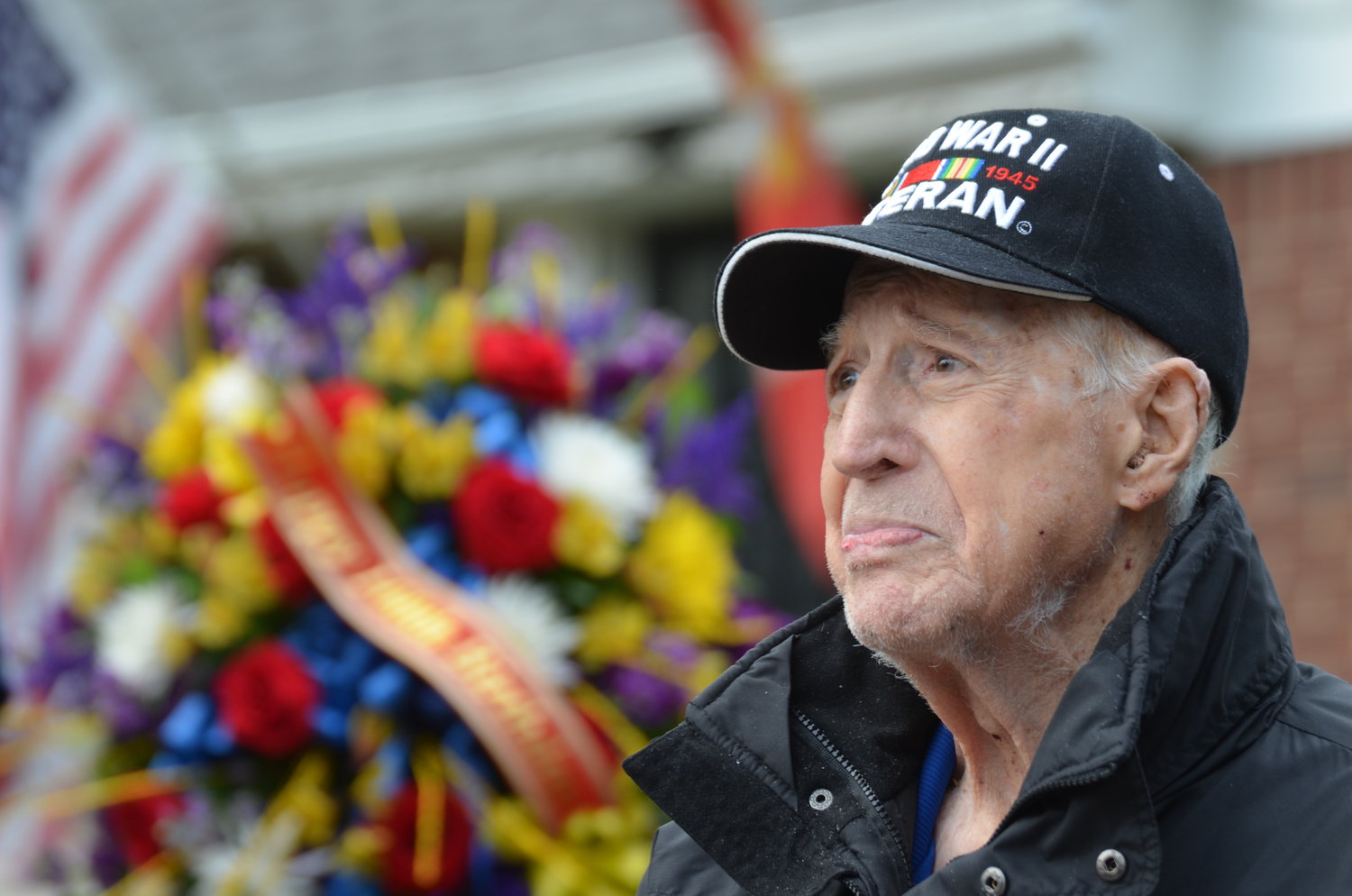 Andy Butera turned 100 on May 24, and to help him celebrate, the East Meadow Fire Department and American Legion Post 1082 treated him to a drive-by parade.
Tim Baker/Herald 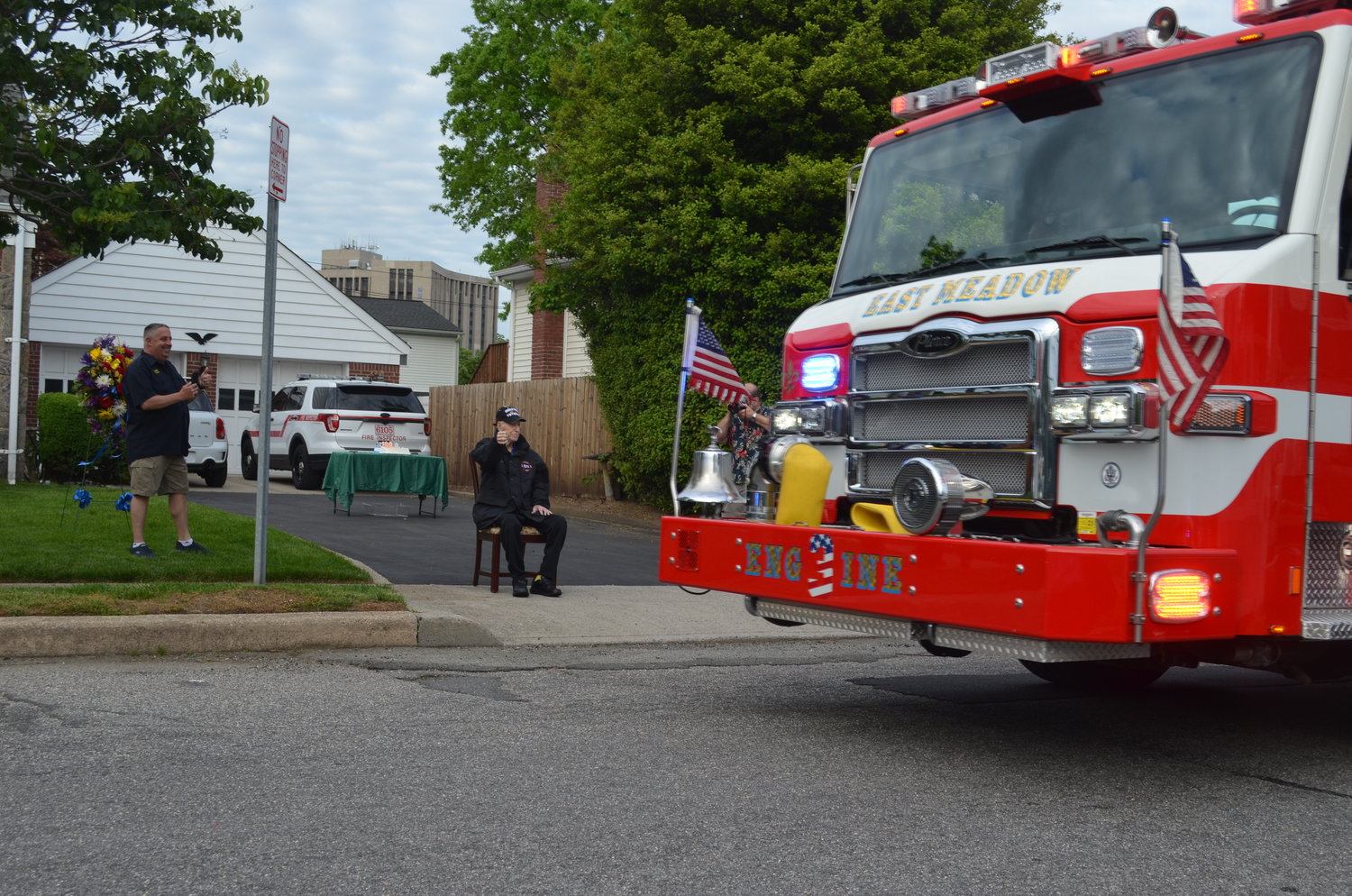 Butera has been a member of the EMFD for 70 years, and is its oldest member. 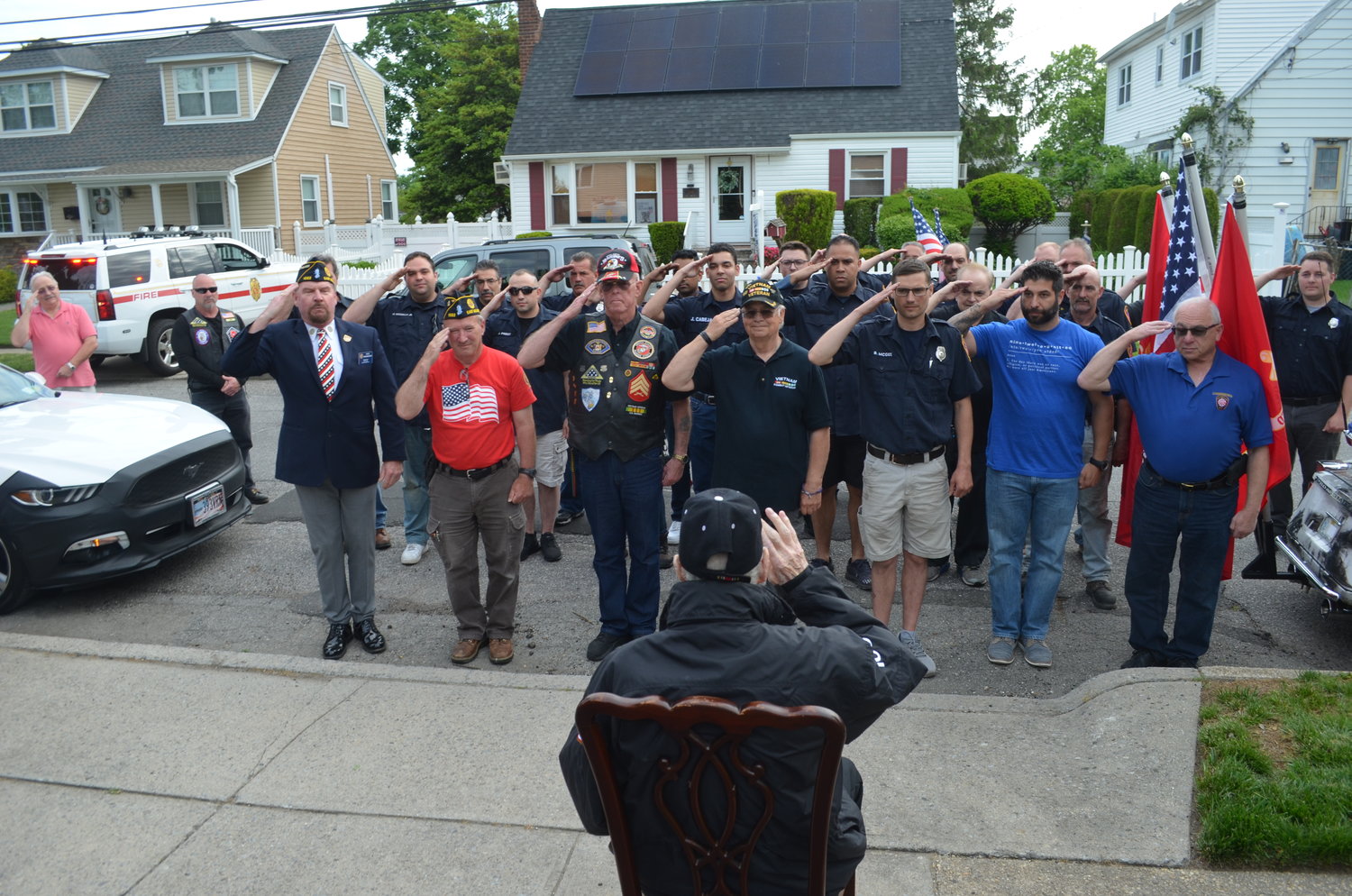 Andy Butera’s friends, family members and fellow firefighters paid tribute to him for his service.
Previous Next
By Mallory Wilson

Military vehicles, fire trucks and motorcycles came rumbling down Seventh Street in East Meadow on May 24 in honor of Andy Butera’s 100th birthday.

The evening’s main man was a 70-year member of the East Meadow Fire Department. He’s an ex-captain and the oldest ex-chief in Nassau County. Before starting with the fire department, he was a corporal in the United States Marine Corps from 1942 to 1945 and served in the Southwest Pacific.

With dozens of firefighters, military, friends and family surrounding him, Butera was humble. “I’m a survivor, not a hero,” he said. “A lot of people in World War II sacrificed their lives, and I hope my country continues the path that we wanted it to be. Thank you, everyone.”

“It’s an honor and a privilege to stand next to this man,” Pete Wenninger, commander of American Legion Post 1082 said. “Chances are none of us would be standing in America if it wasn’t for men like him.”

The crowd listened intently as Butera thought back on his time in the war. “I remember the (Japanese) firing down on us,” Butera said of the  time he went into the mountains with a combat photographer. “And I remember the monkeys flying all over the place. They had monkeys that communicated from cliff to cliff.

“But I will still never forget all of the marines that sacrificed their lives.”

Wenninger presented Butera and his nephew Joey Lisciandri memberships to the American Legion Post 1082. Wenninger also gave Lisciandri the Nassau County Veterans Post Commanders Award because “apples don’t fall far from the tree,” Wenninger said. “A family of veterans and firemen have done so much for this community.” Lisciandri spent 20 years in the Army before retiring.

“It’s kind of surreal to see him now,” Cheswick said. “He remembers pretty much all of the people that were in my class even though some of them have moved away.”

“I was kind of taken aback that he remembered me and my class since it was back in ‘93,” Cheswick said. “Him being my instructor and being able to give him his 70-year pin as chief of department now was quite an honor.”

The festivities ended with cake after everyone sang “Happy Birthday” followed by “God Bless America,” requested by Butera’s wife Joy.

“He was always around the station even after he retired and was a staple in department meetings,” Cheswick said. “You can’t think of a person more dedicated or anyone who cares more about the community than him.”