A leader with a ‘heart of gold’ 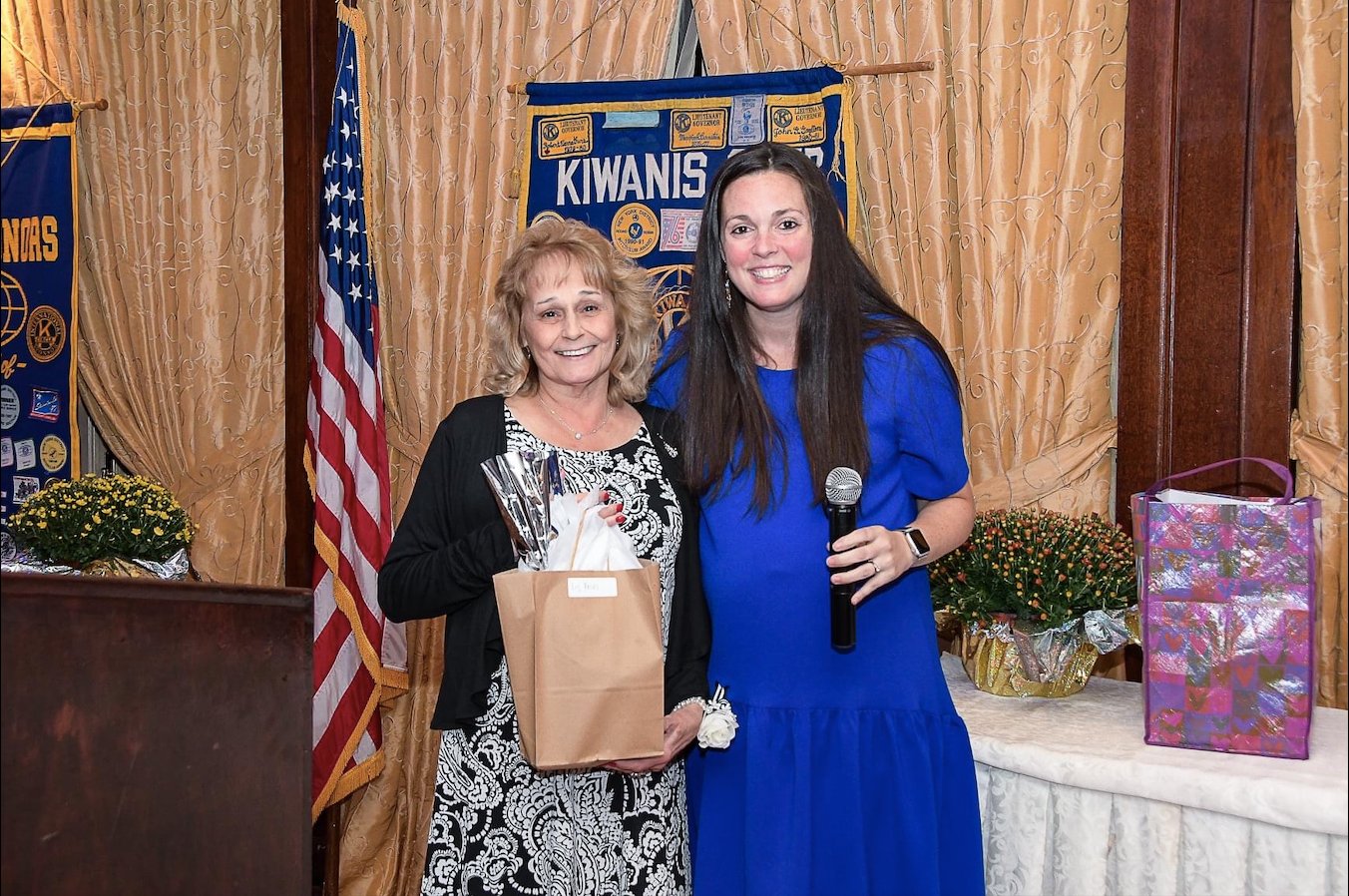 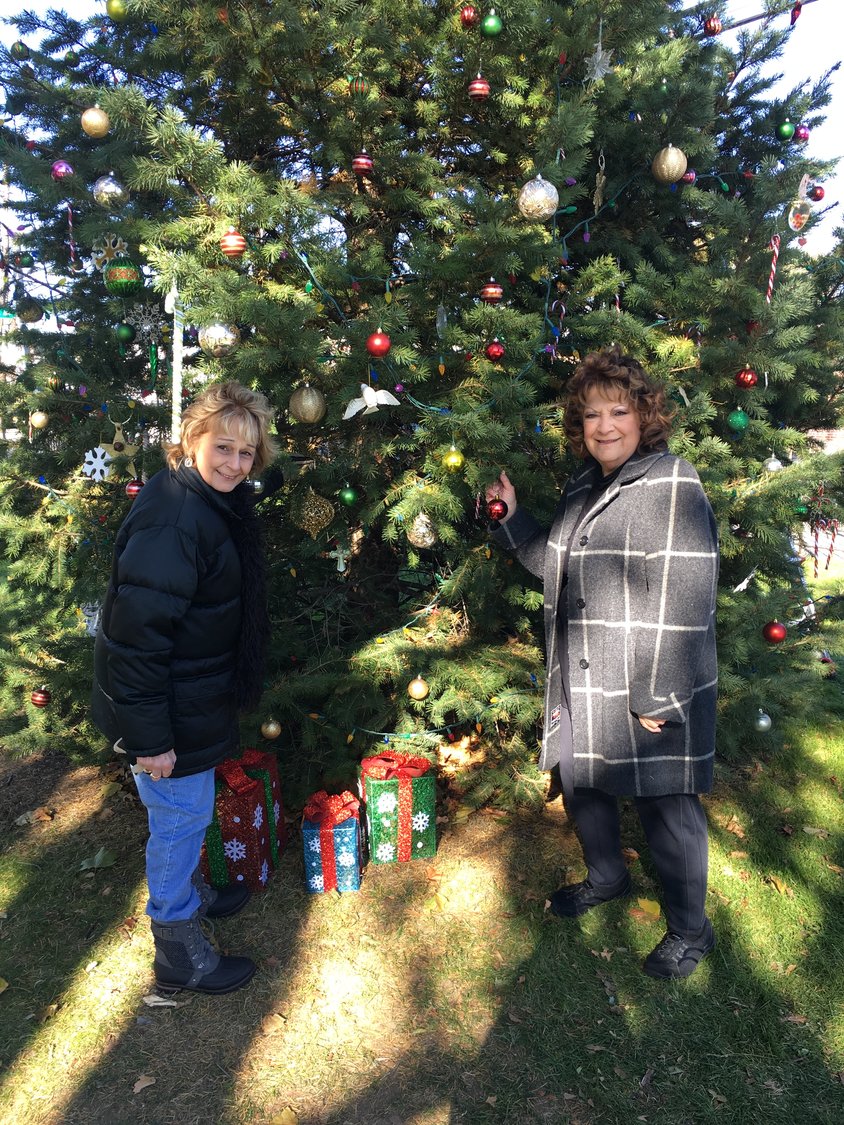 Fries, near right, and Dolores Rome, her best friend, have co-chaired the East Meadow tree lighting for more than 20 years.
Courtesy Liz Fries
Previous Next

Liz Fries is described by those who know her as a woman with a big heart. There are few who can say they are as involved in their communities as Fries.

Joining the East Meadow Kiwanis Club in 2000 led to a new world of community involvement for her. Fries, 69, has truly made the community “a better place to live and work,” David Rothman, a fellow Kiwanian, said.

“Liz is just one of those people who does not look for accolades,” Rothman said. “She does what she does to make people’s lives in the community and the surrounding communities better.”

Rothman has known Fries for more than 20 years. “She’s just a do-gooder,” he said.

Fries grew up in the Bronx and moved to East Meadow in 1975 when she started her family. She has two grown children, James Fries and Elizabeth LeDoux, who lives in Massachusetts with her children, Samuel and Vivien LeDoux, 14.

Fries became a legislative aide to Nassau County Legislator Norma Gonsalves, of East Meadow, in 1998, after she was first elected. Gonsalves was named the Legislature’s presiding officer in 2012, and Fries continued working for Gonsalves, becoming her executive director, until Gonsalves stepped down from her post in 2018, after 20 years of service.

Fries had originally studied to be a teacher at Adelphi University but never finished her degree because she started a family. She held numerous jobs with multiple attorneys before working for Gonsalves, including at the Garden City firm Mahon, Mahon, Mahon, run by a father and two sons, where she worked for almost a decade. While working with them, she earned her paralegal diploma with honors in legal research from Adelphi University in the mid-1990s.

“It takes a while to know where you’re going in life,” Fries said. “While I was in high school at Preston High School in the Bronx, one of the nuns said to me, ‘You’re not going to be a teacher, you’re going to do something in law,’ and she was right.”

Fries said her many years working with attorneys helped her make the move to government service. Since 2018, she has been chief of staff to State Assemblyman John Mikulin.

“Everything in law is different and you learn something new every day,” she said. “That’s what I like about it.

She joined East Meadow Kiwanis Club in May 2000 while working for Gonsalves. Her first role was as newsletter editor. “I had no idea at all what the club was about, and it was mostly men at the time,” Fries said. “... Norma said, ‘You have to join this group,’ and I just thought it was a good idea to be involved somehow and to do something.”

Fries was active in the club, becoming its second female president in 2007. “It was scary,” she said. “Every woman in the Long Island South Central Division came to support me.”

“She’s done so much good in this community and beyond,” East Meadow Kiwanis President Jennifer Reinhardt said. “...She has many Kiwanis awards and accolades, and we’re so proud of her.”

For the 2021-22 Kiwanis year, Fries is the lieutenant governor of the Long Island South Central Division, overseeing 15 Kiwanis clubs.

“She is an extraordinarily giving person and a person who never turns away an opportunity to serve and is typically self-sponsored,” said Kiwanis New York District Governor Jim Mancuso, who has known Fries since 2002. “...She thinks of others before she thinks of herself, and she’s always giving.”

“Kiwanis is my love, it just is,” Fries said. “I love helping out whenever I can.”

Apart from Kiwanis, Fries is also a civic member of the East Meadow Chamber of Commerce. She joined in 2002 when her significant other, George Reimers, joined as a business member with his landscaping business.

As a member, she has co-chaired many events, including the East Meadow Memorial Day Parade. She has also co-chaired the East Meadow Chamber of Commerce Holiday Tree Lighting with her best friend, Dolores Rome. For that event, she represents the Council of East Meadow Community Organizations, for which she is the corresponding secretary. She has been a CEMCO member since 1999.

Rome met Fries in the early ’90s when she was working at RMB Drafting Services, owned by Rich Bivone in East Meadow. Rome was going on vacation, and Bivone hired Fries to take over for Rome while she was away.

“We became instant friends from that day forward,” Rome said. “...We have the same way of thinking. Our work ethics and family ways aligned.”

Rome described Fries as a hard worker with a heart of gold. “She never says no to anything,” she said. “She’s a very hard worker, and sometimes I wonder how she keeps doing it.”

Rome, the East Meadow Chamber of Commerce’ tree-lighting representative, said the lighting is their favorite event to share. “We’ve been doing it for 22 years together,” Rome said. “We love seeing the smiles on children’s faces.”

Through her community involvement, Fries said, she has met many new people and made many new friends. “The giving-back portion really makes me happy,” she said. “I think it’s so important for everyone to take pride in their community.”

“A lot of people complain about things that are wrong,” she said. “But if everyone took one little step to help in the community, a lot could get done.”