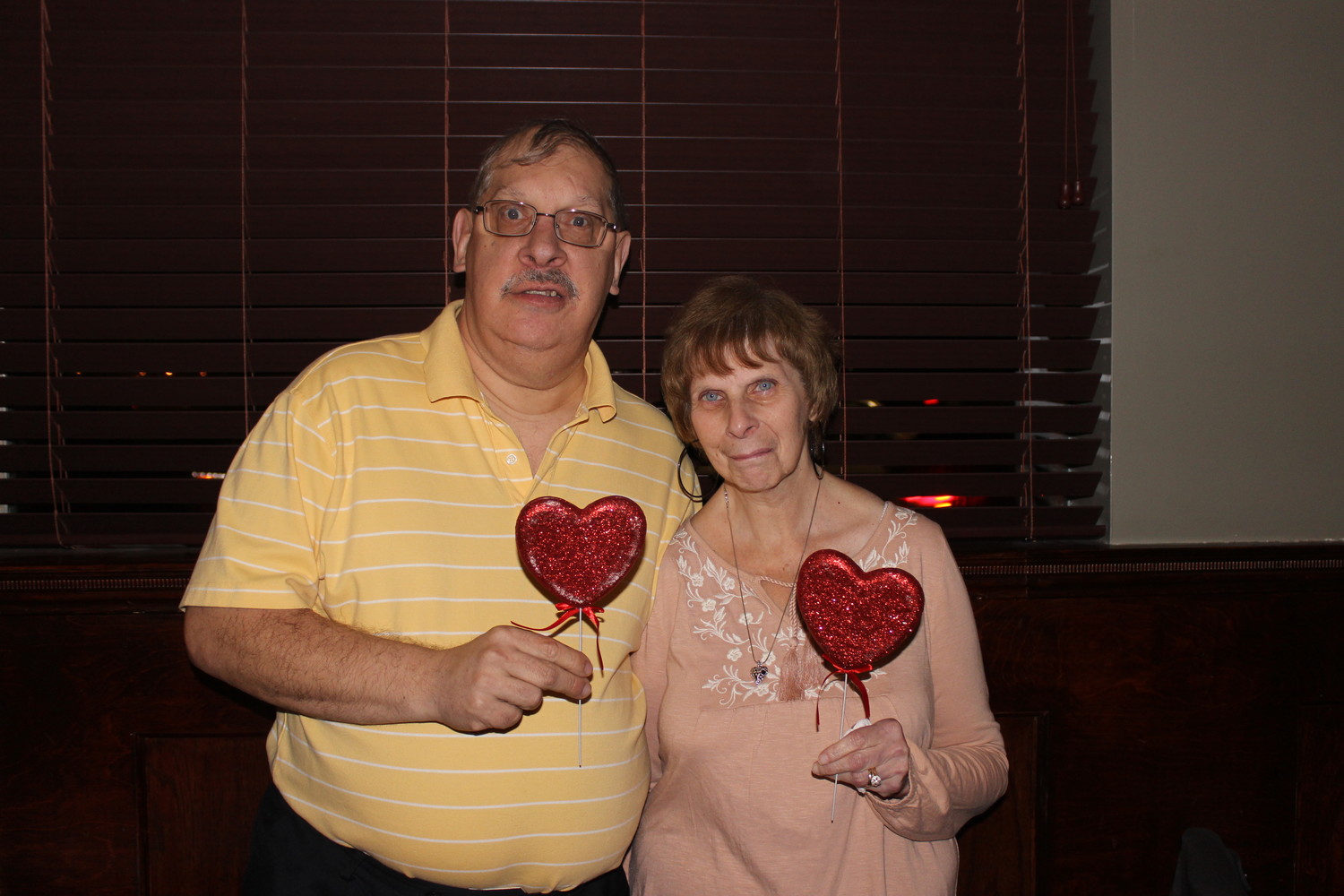 Tim Amato, 59, and his wife Sharon, 53, both live in the AHRC Nassau’s residential program in Rockville Center and attended its sixth annual “Date Night” at Borelli’s on Feb. 7.
BRIAN STIEGLITZ/HERALD 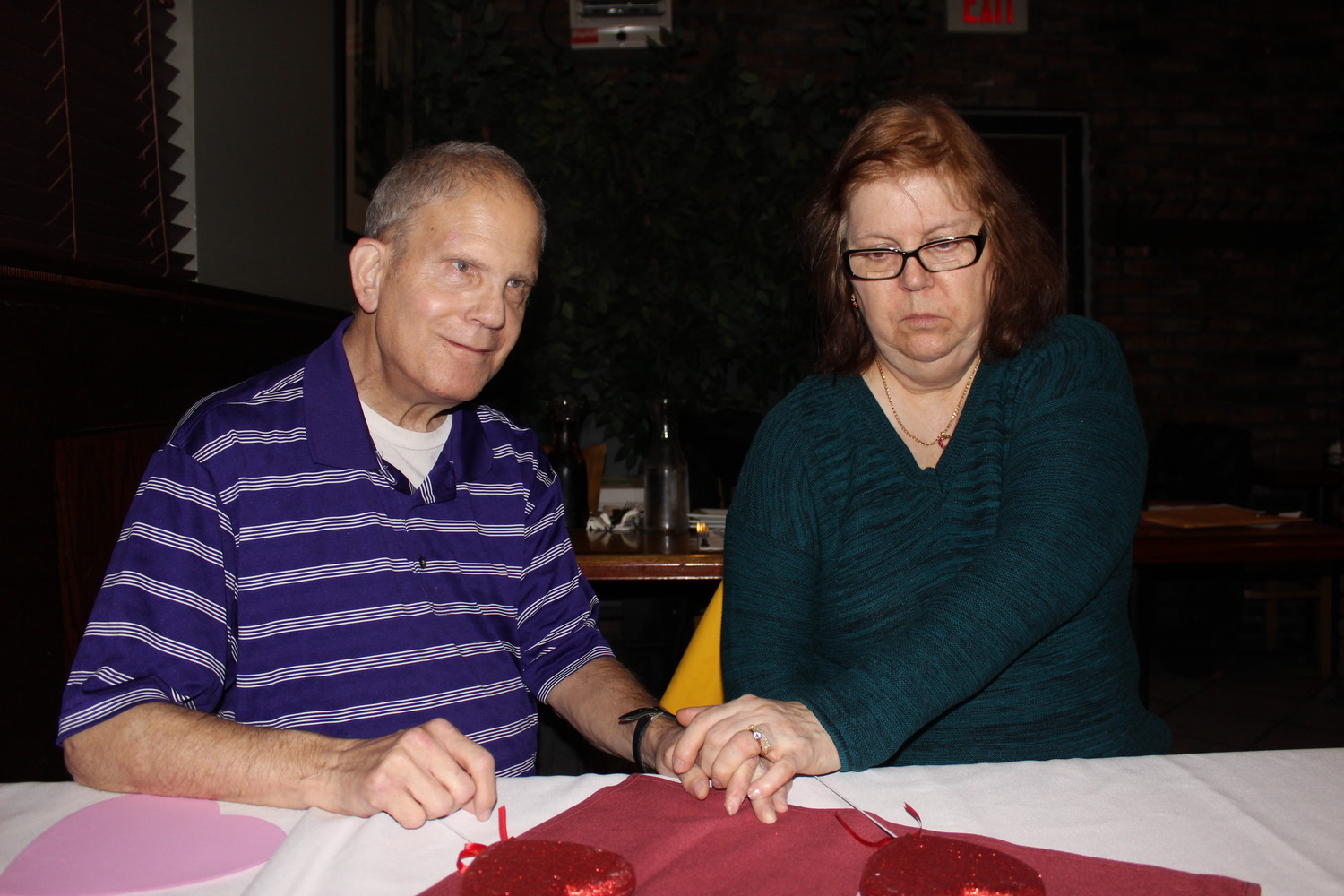 Jeffrey Witt, 70, and his wife Maryann, 68, of Rockville Center, have been together for 22 years.
BRIAN STIEGLITZ/HERALD 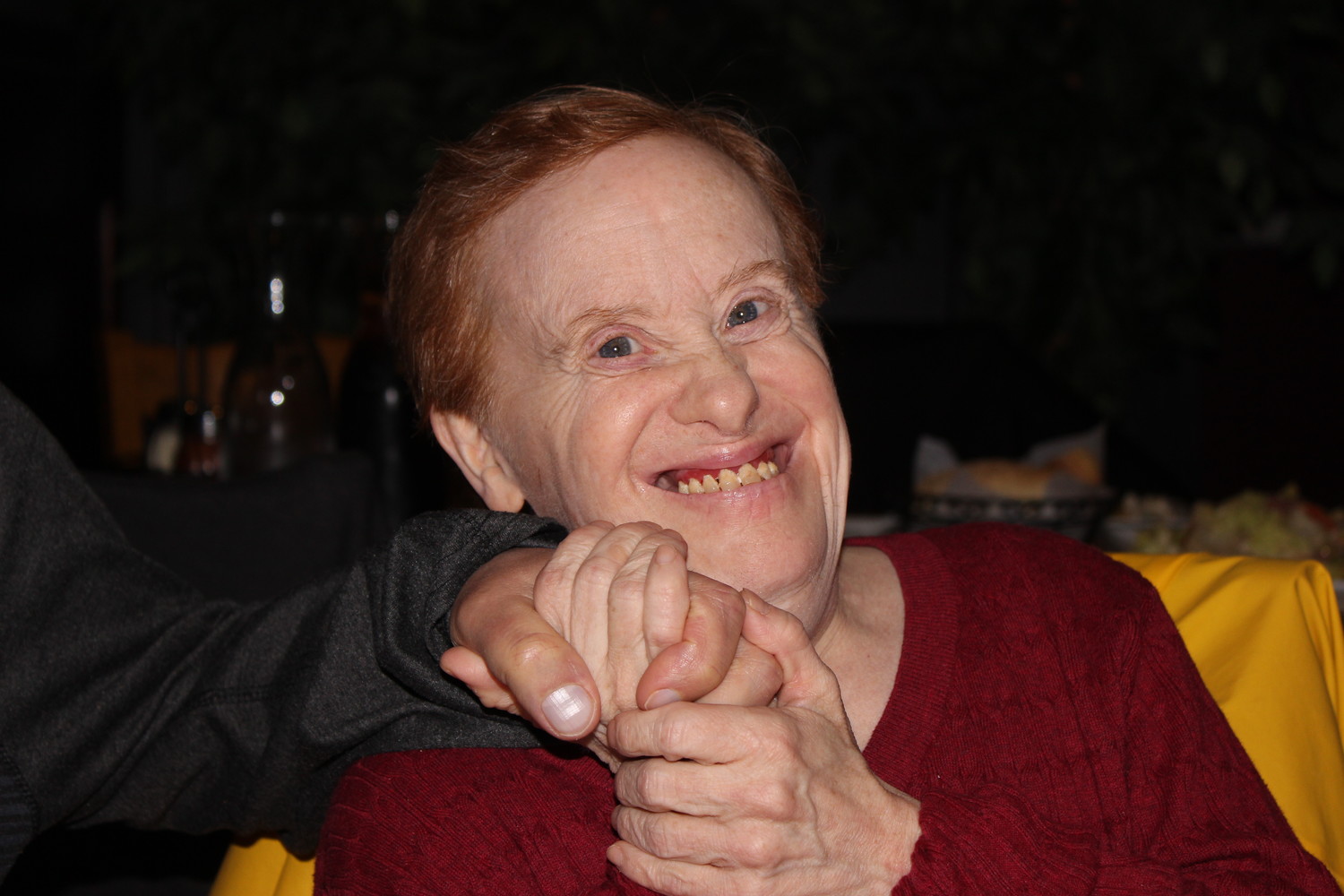 Donna Moles, 57, of Wantagh, clutched the hand of her long-standing partner Richie Spizzirri, 66, of Wantagh, with whom she attended the Valentine’s Day-themed event.
BRIAN STIEGLITZ/HERALD 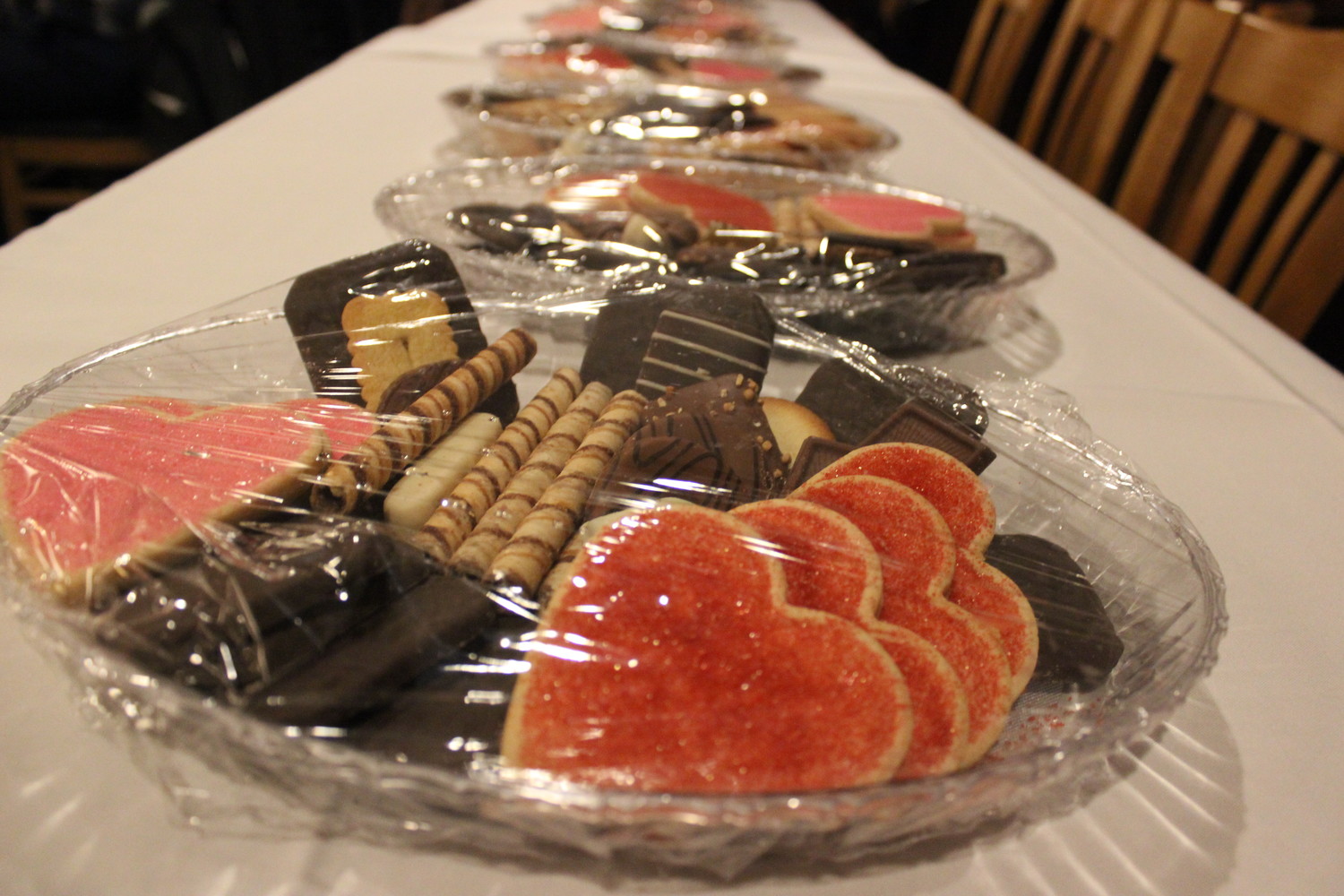 Borelli’s was decked out with Valentine’s Day decorations and deserts for the many couples that attended AHRC Nassau’s sixth annual “Date Night” on Feb. 7.
BRIAN STIEGLITZ/HERALD
Previous Next
By Brian Stieglitz

Before Maryann and Jeffrey Witt danced to Elvis Presley’s “Can’t Help Falling in Love” at their 1996 wedding, Maryann took a plane ride that changed her life.

It was the 68-year old Rockville Center resident’s first time flying and, when the plane took off, she said that she accidentally grabbed the hand of the man sitting next to her, who introduced himself as Jeffrey. “I looked at him and he just smiled and had that glow about him,” she said. “I knew just by looking at him that we would get married.”

The Witts were one of many couples that attended AHRC Nassau’s sixth annual “Date Night” on Feb. 7 at Borelli’s in East Meadow. The Valentine’s Day-themed event, which doubled in attendance this year, is part of the AHRC’s mission to offer its members a sense of community through various activities such as dating and dining out with friends.

"I've seen an evolution. This is a result of self-advocacy, where people are empowered to exercise their rights to pursue the relationships of their choosing,” said Pam Boyle, the AHRC's socialization and sexuality expert. Boyle’s role at the AHRC includes coordinating events and creating opportunities to enhance the quality of life of its members. “At AHRC Nassau, we also understand that some people may need counseling and education to fully enjoy this part of their lives, and we offer them that."

Boyle said that she loves her job, adding, “I get to be creative and I get to think outside of the box to enrich the lives of others.”

Donna Moles, 57, of Wantagh, and her long-standing partner Richie Spizzirri, 66, of Wantagh, are another couple that attended the event to celebrate Valentine’s Day with each other. They two have known each other since childhood and currently live together in an AHRC residential home in Wantagh. They said that they bond over hobby shops, model trains and spending time together.

Couples like Moles and Spizzirri laughed and bantered with new and old friends throughout the night. Boyle said that hearing such laughter and hearty conversation let her know that the night was a success.