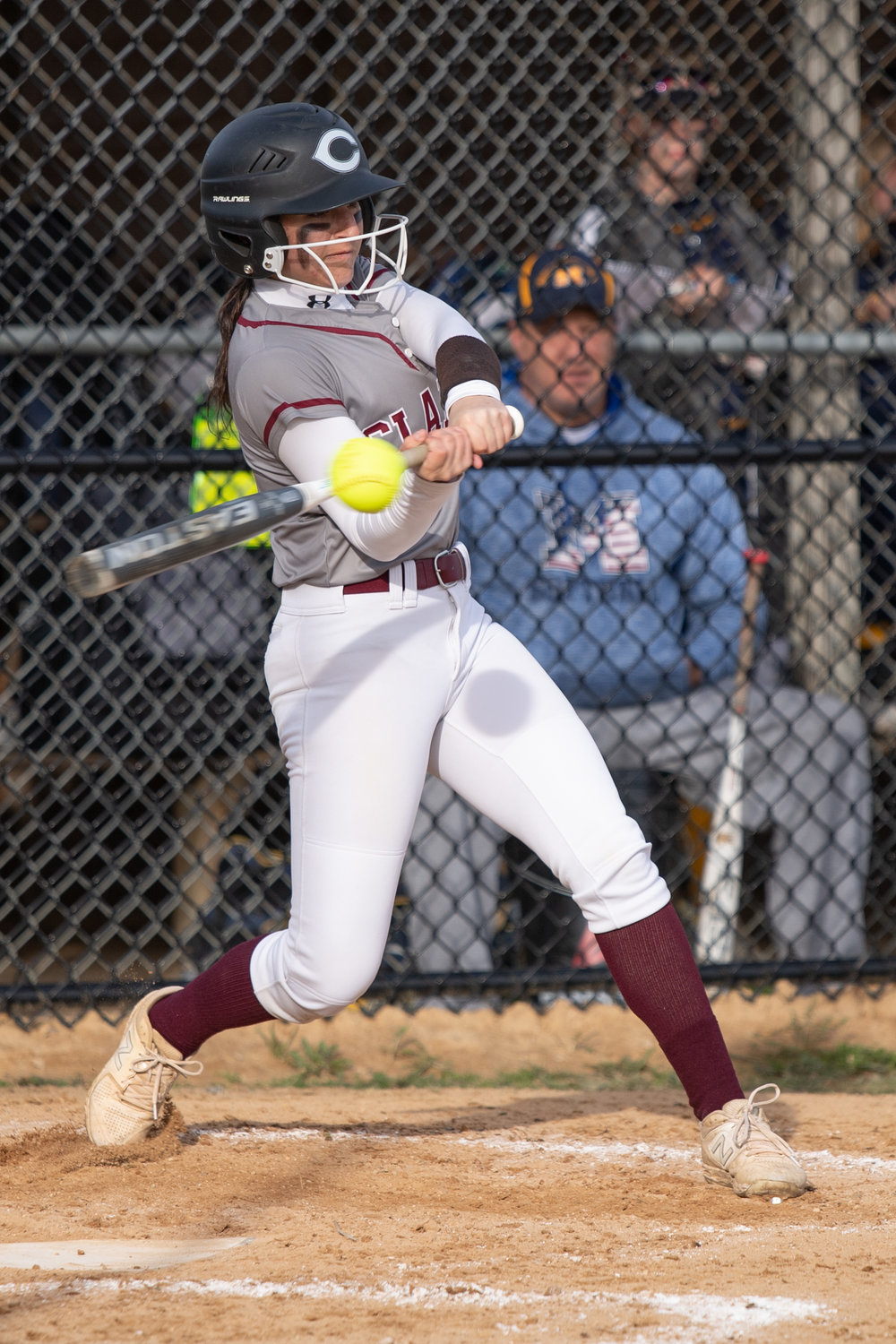 Clarke won 16 softball games last spring as well as the Conference II title and made an impressive run to the Nassau Class A semifinals before falling to eventual repeat county champion Mepham in walk-off fashion.

The Rams, who busted out of the gate with a 13-game winning streak, graduated their starting battery from 2021 and are still trying to develop an identity seven games into the new season. A 4-2 home loss to Kennedy on April 13 was their fifth consecutive defeat and brought the record to 1-4 against Conference II rivals and 2-5 overall.

“We haven’t been consistent enough yet but there’s so much potential on this roster,” Clarke coach Rachel Barry said. “We have good issues to try to solve, although we’ve gone a little bit in reverse the last two games I’m confident we can turn things around quickly.

“We’re really hitting the ball well and our pitcher is making great strides every game,” she added. “We’re just not touching home plate.”

During its current slide, Clarke scored two runs or fewer in four of the five losses. Barry pointed out a 3-2 setback to Hicksville on April 4 as a microcosm of the season so far. The Rams pounded out 12 hits and didn’t strike out but left 11 runners on base.

“We’ve used a different batting order every game so far,” she said. “We have a ton of talent and versatility. It’s not like we’re not hitting. We just have to start hitting in the clutch.”

Junior pitcher Emily Brown, who earned All-County honors in 2021, has been keeping the Rams within striking distance every game. “She throws hard with movement and gaining momentum every day,” Barry said. “I’m confident she’ll continue to grow and own her craft.”

Juniors Olivia Wanser and Amanda Chavarria have both seen time behind the plate. Wanser, who was Honorable Mention All-County last season, is an important piece of the offense and defense and is getting work at third base along with senior Julia Santacreu.

The rest of the infield features sophomore Madeline Millman, an All-Conference selection, at second base, senior Angelina Ferrara or sophomore Avika Mehta at shortstop, and sophomore Michelle Diaz at first base. Millman has been Clarke’s most consistent hitter so far, Barry noted, and flashing a tremendous glove in the field. Ferrara, who has also played right field, sets the offensive tone in the leadoff spot and is a threat on the bases. Mehta is a three-sport athlete who can play almost anywhere, and Diaz is a power-hitting lefty with an All-Conference resume.

Barry said senior center fielder Cat Amini is one of the best leaders she’s ever coached. “She’s an extremely well-rounded player who communicates throughout games,” she said of Amini, the No. 2 hitter. Juniors Julia Khasham and Monica Dell’Olio are quality defensive outfielders with promising bats.

“It’s been disappointing so far but everyone is holding their heads high,” Barry said. “The girls know they’re better than what they’ve shown so far. There’s a lot of softball left.”