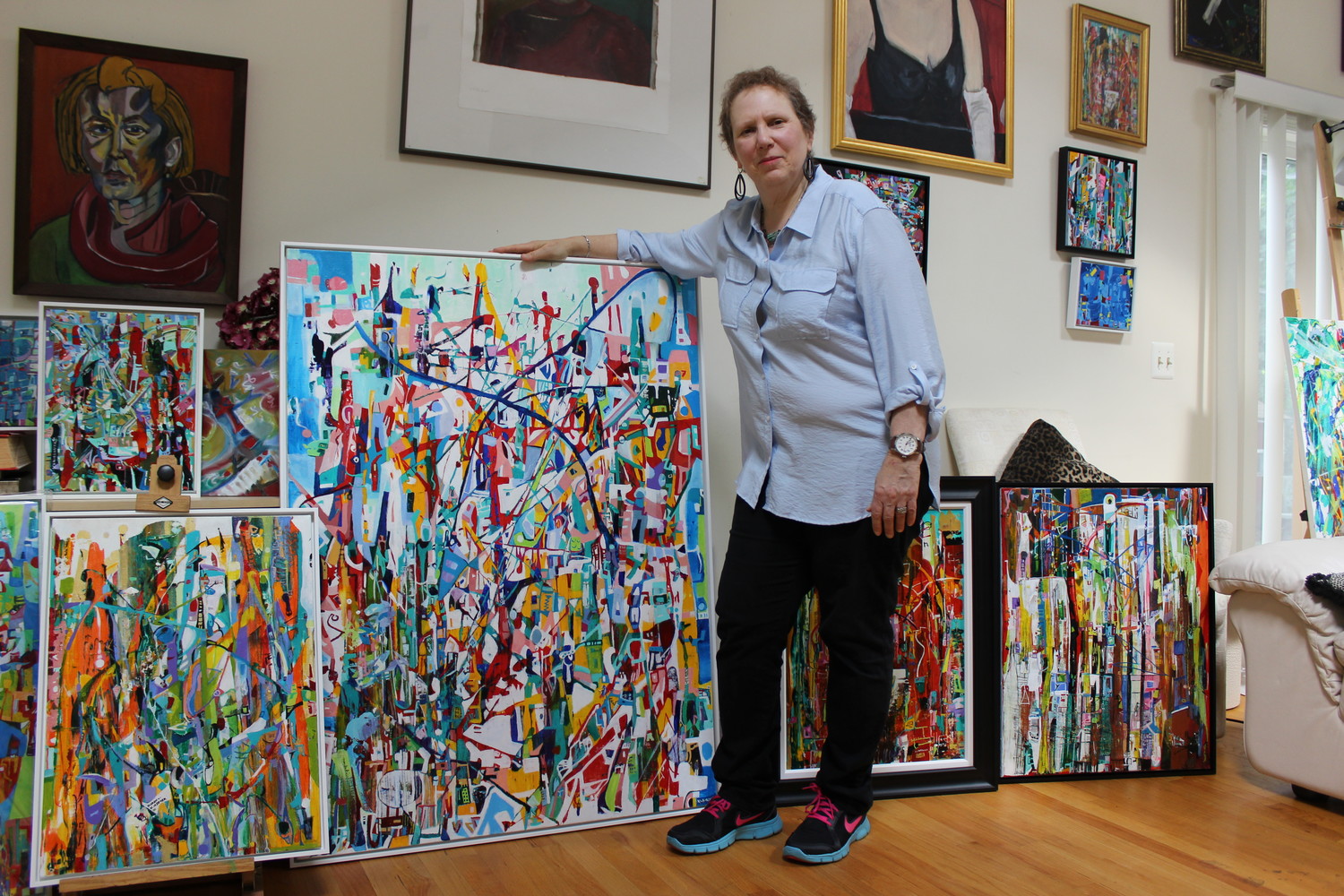 Karen Kirshner is an artist from East Meadow who specializes in abstract surrealism.
BRIAN STIEGLITZ/HERALD 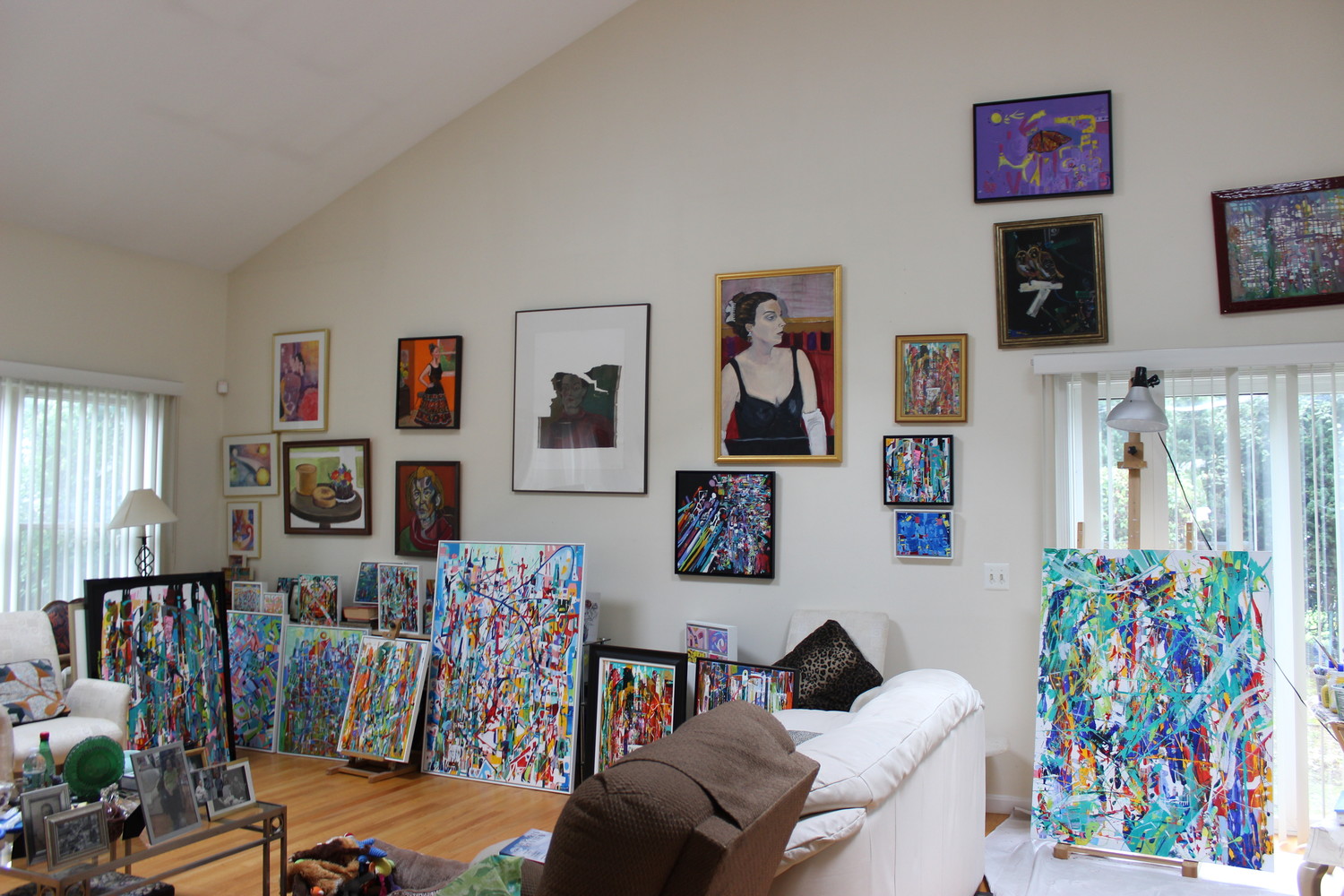 Kirshner’s works will be on display most recent paintings will be on display at BJ Spoke Gallery in Huntington during an exhibit called “Abstract World,” from Oct. 2 to Oct. 28 with a reception on Oct. 6 from 6 p.m. to 9 p.m.
BRIAN STIEGLITZ/HERALD
Previous Next
By Brian Stieglitz

When viewing Karen Kirshner’s paintings, one might see a myriad of different images and feel a range of emotions brought on by the bright colors and surreal forms. The abstract artist from East Meadow has recently taken off in the art world, won numerous awards and has had her work compared to 19th-century Russian painter Wassily Kandinsky.

Kirshner was an avid and detailed doodler at 14 as a student at East Meadow High School, when her English teacher spotted her drawing. Her first thought was that she was in trouble, but her teacher referred her to an advanced art program.

She has been perfecting her work since, taking a break, however, to focus on a career in marketing and business. “I didn’t have the time,” she said. “And I didn’t think I could have a career in art.”

When her late mother Betty, an artist who specialized in humanist expressionism, was diagnosed with rheumatoid arthritis in the early 2000s, she became her primary caregiver. This reignited the artist’s inspiration as her mother has always wanted her to follow her passion. “I was happy when I was doing art with her,” Kirshner said. “When she died, the only way I could process it was by painting.”

Before her mother died, Kirshner promised that “the show would go on,” she said. In May of 2016, put on a mother-daughter art show to exhibit both of their works at the East Meadow Public Library. She also followed her mother’s footsteps and joined the art society the National League of American Pen Women.

She has since won a number of awards for her work, including for her piece “Rivaling Faith (Moving On),” which is a finalist and award recipient in the national competition Art Comes Alive and will be on display at the ADC Gallery in Cincinnati, OH., through October.

Through the end of September, three of her paintings are also on display at BJ Spoke Gallery in Huntington and two are on display and for sale at the Artist’s Alliance of East Hampton.