Bird sanctuary gets some TLC from volunteers 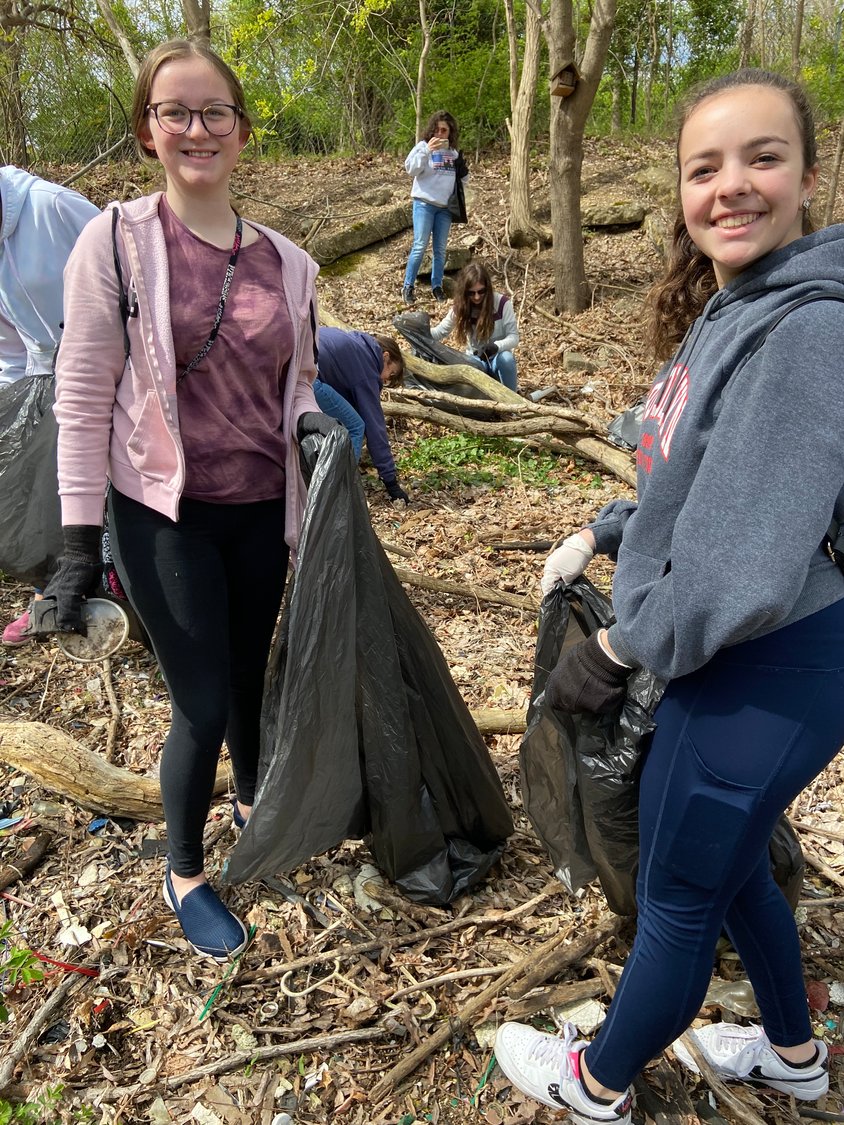 Annabella Petillo, left, and Gabby Palmer, both 14 and students at W.T. Clarke High School, filled their trash bags at the cleanup.
Mallory Wilson/Herald 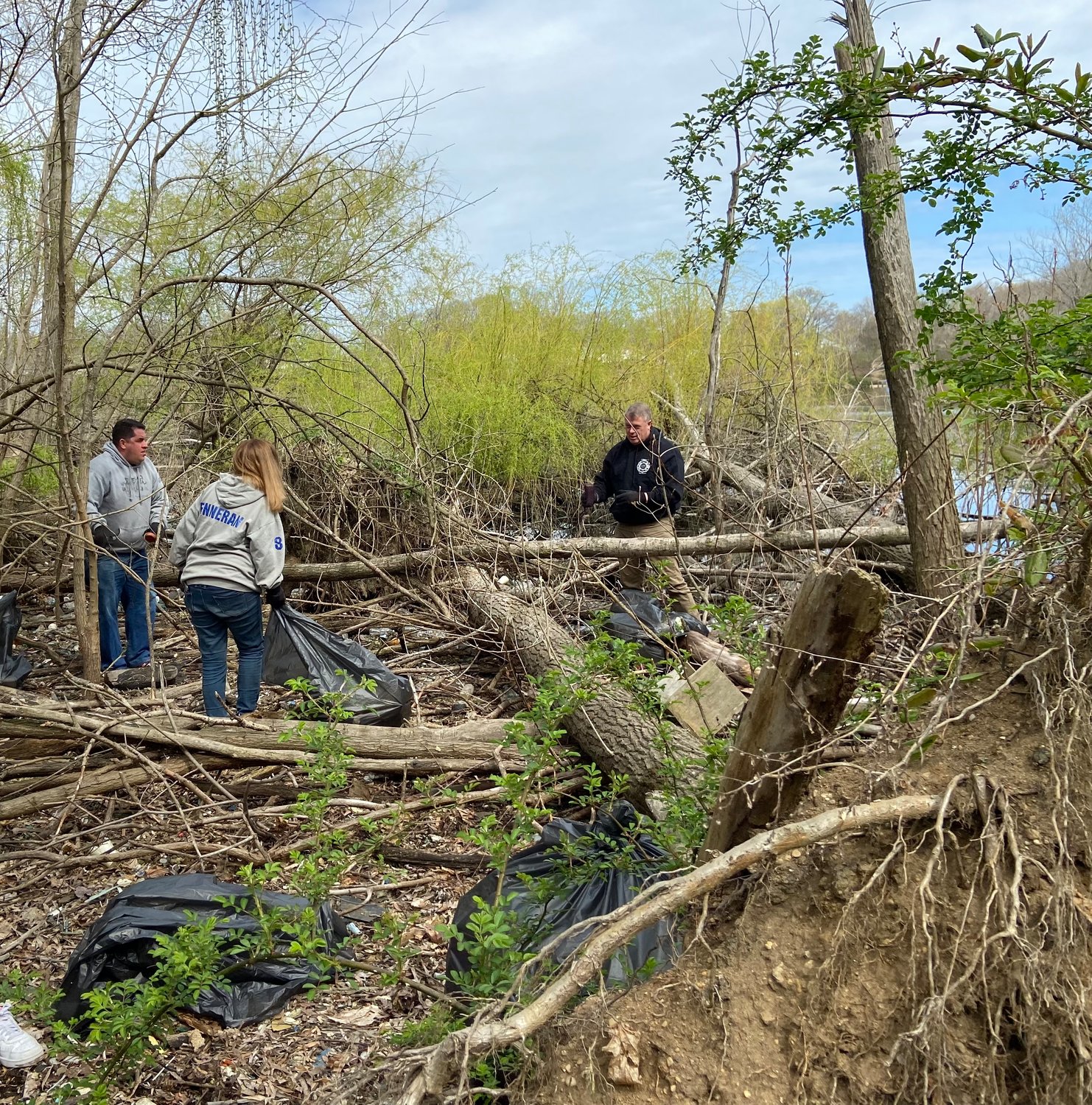 Much of the garbage volunteers found in the sanctuary came from storm drains on residential streets.
Mallory Wilson/Herald
Previous Next
By Mallory Wilson

Not many people would know that behind East Meadow’s Senator Speno Memorial Park sits a bird sanctuary. It looks like a neighborhood sump, but it’s actually home to over 50 species of wildlife.

The sanctuary is on Tremont Place, adjacent to Speno Park on East Meadow Avenue. It was once a Nassau County storm recharge basin, but was transformed in 1997, the result of a partnership between the county and the Council of East Meadow Community Organizations. Now, 25 years later, nearly 30 volunteers gathered last Saturday, in recognition of Earth Day, to clean it up.

“Twenty-five years age we made a resolution at a CEMCO meeting to reach out to the county to see if we could have this area preserved as a bird sanctuary,” said Joe Parisi, CEMCO’s president. “We were here one day with county officials and witnessed an osprey dive into the water and pluck out a fish, and that kind of sealed the deal.”

When the site was first preserved, CEMCO and local Boy Scout troops did the initial work to clean it up. Over the years the East Meadow Kiwanis Club joined the cleanup efforts, and Troops 469 and 362 have constructed wood bird, owl and duck nesting boxes, among other projects.

In 2018, Troop 469 shared their documented findings of all of the species in the sanctuary. The 50 species that call the sanctuary home include a variety of birds, turtles, frogs and snakes.  Now, the sanctuary gets cleaned at least once a year by volunteers.

Gabby Palmeri and Annabella Petillo, both 14 from W.T. Clarke High School’s Key Club, an extension of Kiwanis, came out for a few hours to aid in the cleanup. “There’s too much pollution and it’s not healthy for us to live on it or the animals,” Palmeri said. “I usually try to pick up trash off the roads to protect the animals.”

“We’re animal lovers,” added Petillo. “We couldn’t imagine our animals being in the situation some animals get themselves in.”

In some of the areas of the sanctuary, the ground is covered in trash. A lot of the bigger garbage items found in the sanctuary have been dumped there, said Parisi, but all of the little pieces of garbage come from the storm drains on neighborhood streets.

“The cleanups have helped tremendously over the years,” Parisi said. “I’ve noticed that the area has been rejuvenated and so much natural vegetation grows.”

The history of the site is a long and interesting one. The land started out being used by a sand and gravel company owned by Joseph Goldblatt in 1927. After the first year the company struck water. As the operations of the sand mine dwindled and neighborhood children started using it as a beach, the Town of Hempstead purchased the site in 1963 and turned a portion of it into Speno Park. The other remaining portion of the land was taken by Nassau County for water drainage.

The decision to preserve it came after some community members had the idea that the area should be filled in and developed, Parisi said. “It’s such a nice area and we thought there was potential here,” he said.

Parisi said that the sanctuary has come a long way from what it was but he is happy with the growth. But of course, he said, there’s always room for improvement. “The more help the better,” he added.