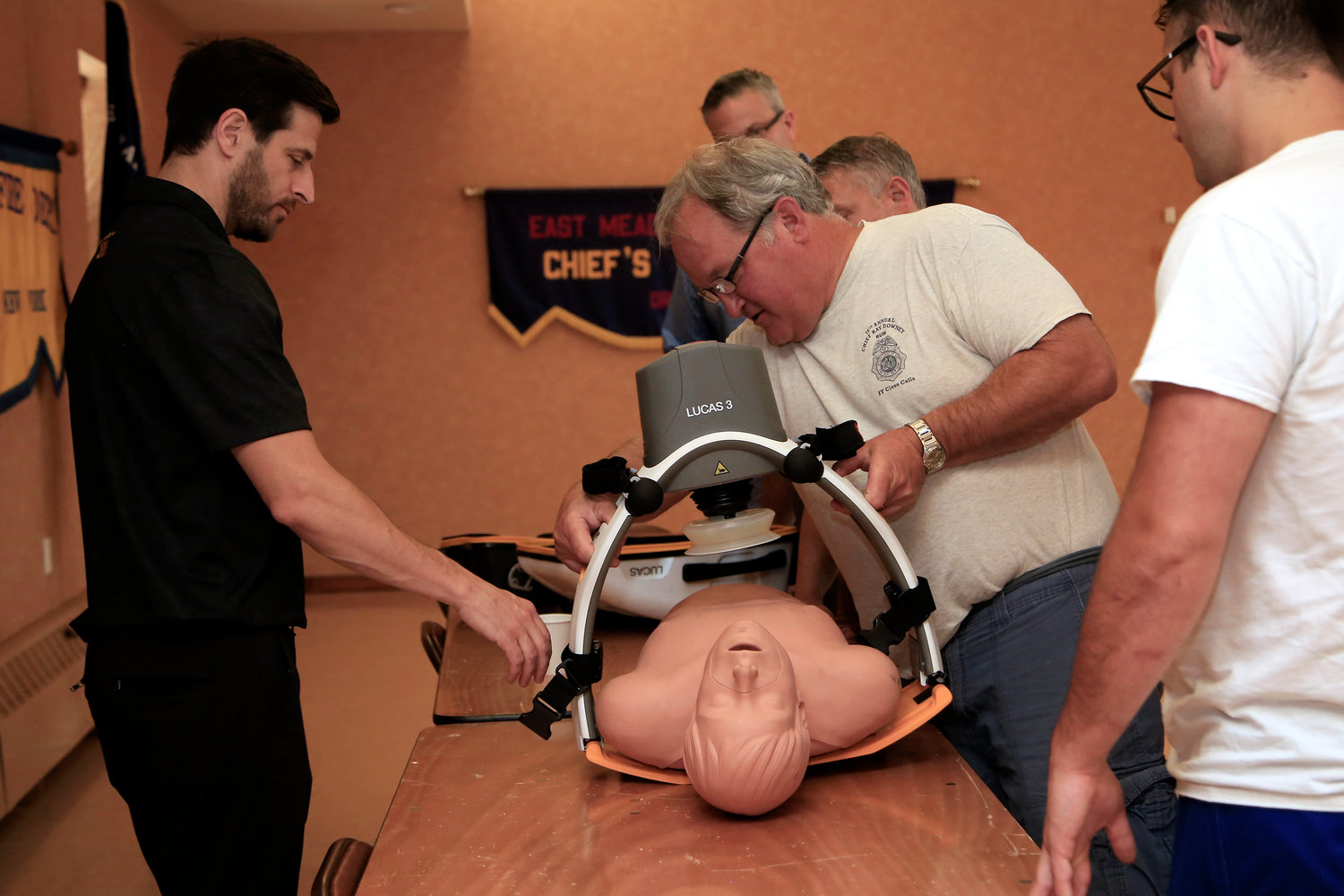 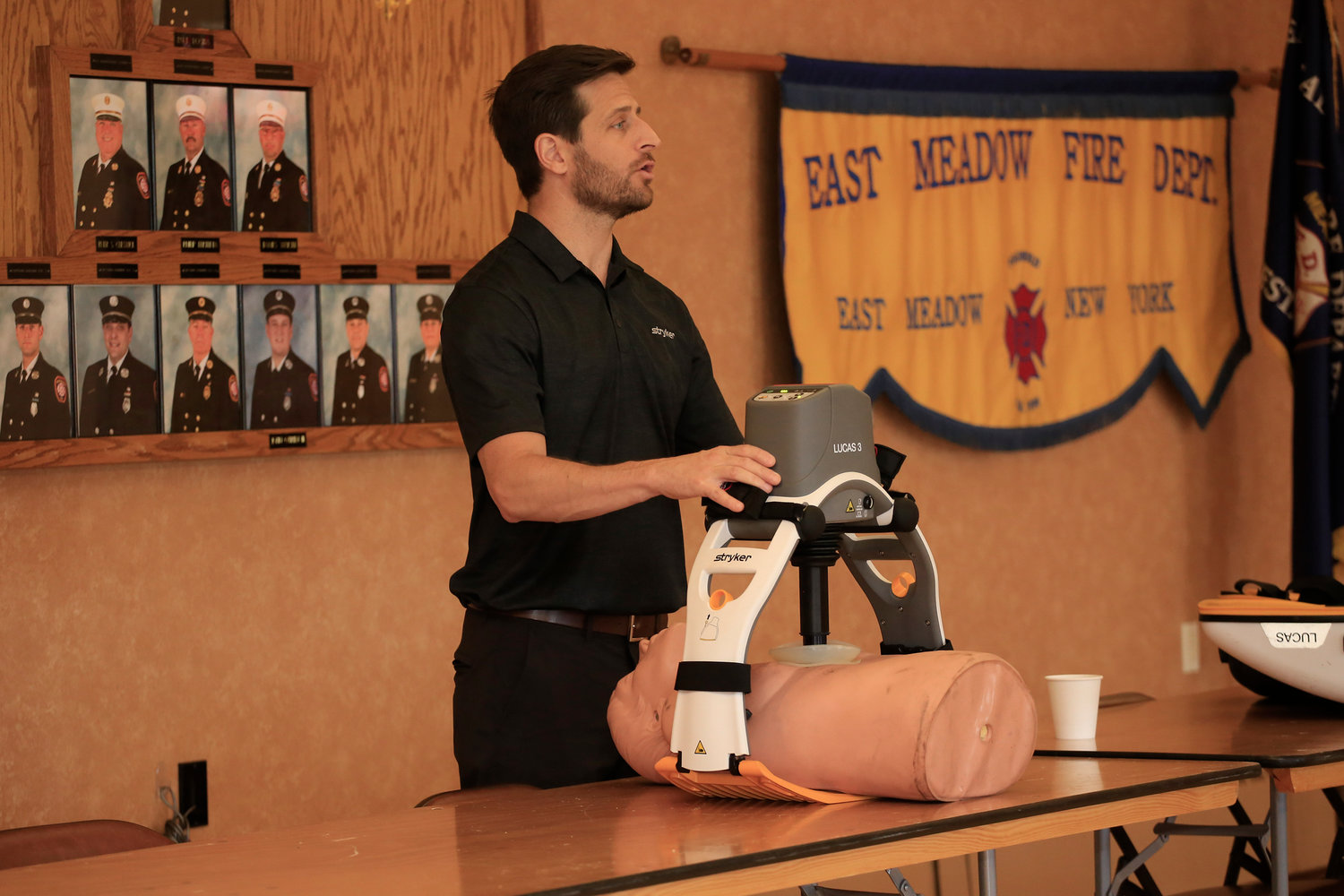 The next time East Meadow firefighters respond to someone who needs cardiopulmonary resuscitation, or  CPR, they will be able to use more than their hands. On June 13, the East Meadow Fire Department received four Lund University Cardiopulmonary Assist System, or Lucas, devices, and the department’s emergency response technicians learned how to use them.

The Board of Fire Commissioners secured a $90,000 county grant to fund the cutting-edge devices, which will be deployed in the department’s three ambulances as well as its medical squad vehicle.

The device is easy to use. A yellow backplate is placed under the victim and connected to the U-shaped device. As it operates, the Lucas emits a whirring sound, and a suction cup on the victim’s chest moves up and down as compressions are administered.

“I think it’s great,” Kosiba said. “And anything to help us do our job better, it’s worth it.”

Another benefit of using the device, he said, is that it frees up a firefighter so he or she can work a scene more effectively.

Over a dozen members of the department were at the firehouse on June 13, familiarizing themselves with the device, which was demonstrated on a CPR dummy.

The firefighters had questions. They asked about the device’s battery life, and the effect it would have on a patient’s ribs. The device has a battery that supplies 45 minutes of continuous compressions, Ryan Pinnix, a sales representative for the manufacturer, Stryker, explained. Compared with manual compressions, the same number, or fewer, ribs are broken when using the Lucas, he added.

Communication is vital, Pinnix said. It’s important that during manual compressions, whoever is leading the rescue instruct the responder to pause the compressions to apply the Lucas backplate. That interruption should be less than five seconds.

“Even if it takes us a little while to get this device on, it’s OK,” Pinnix said, “because we’re still doing CPR on the patient.”

The device is then snapped into the back plate to position the silicone cup above the victim’s chest. While this is being done, another EMT can continue with compressions. “As long as you can connect it, you can use the suction cup,” Pinnix said. “It’s going to work. It’s going to give you good compressions.”

Robin Fitzpatrick, captain of the EMFD’s Rescue Company 5, said she saw firsthand, during her clinical rotation, how the Lucas can save lives. “The first time that I got a patient back was using this device,” she said.

Exhaustion is common during manual CPR, Fitzpatrick said, leading to less effective compressions. “It’s definitely a more consistent way of delivering compressions,” she said, “and the save rate is a lot higher using this.”