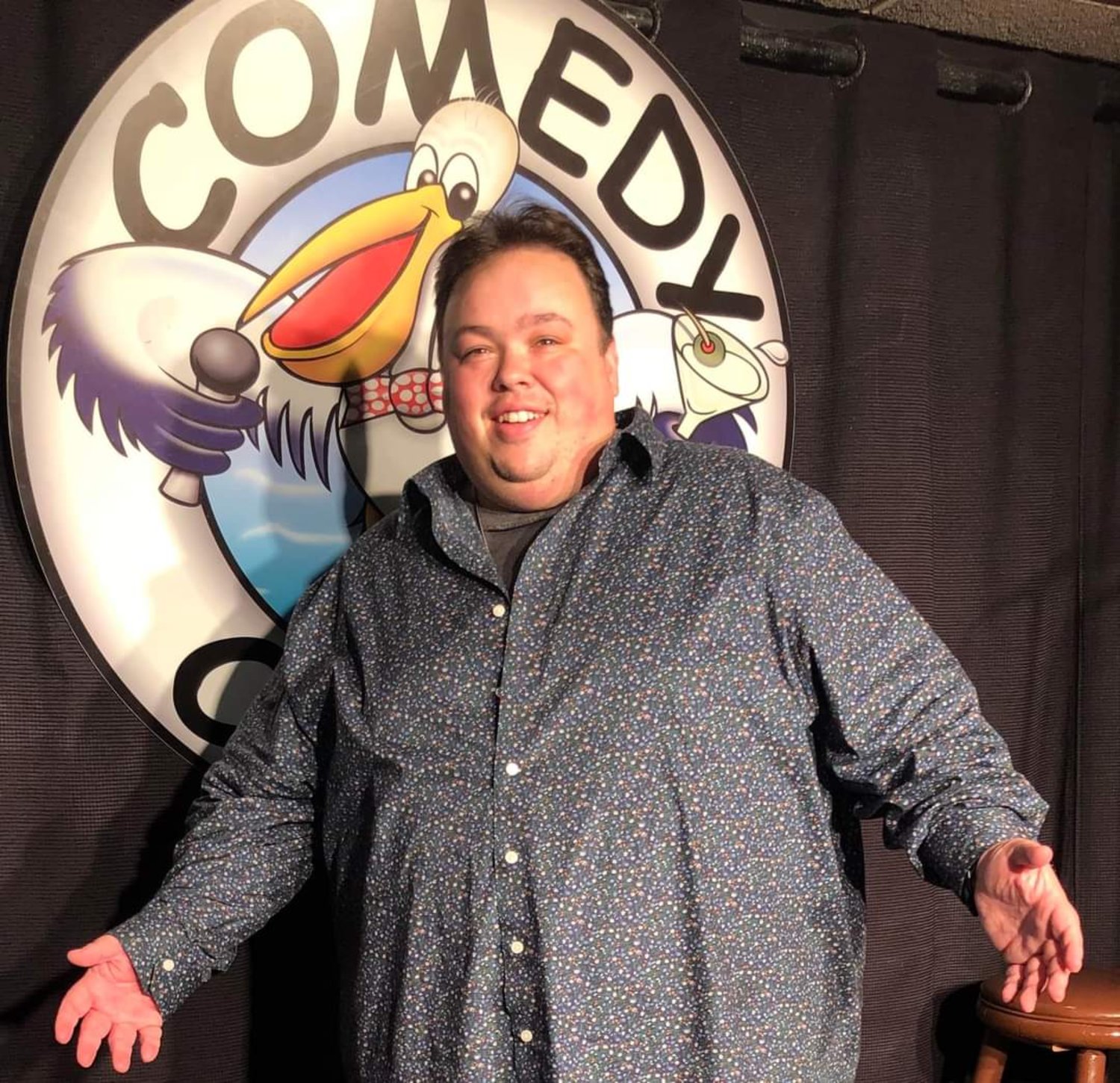 To find Mike on social media, and to see his shows, find him on Instagram at mckeegs75, or visit Govs.govs.com/calendar.

When Mike Keegan was laid off from his job 10 years ago, it became a laughing matter.

In 2012, after being laid-off as a logistics manager for a confections manufacturer in Freeport, Keegan participated in Levittown’s Governor’s Comedy Club’s, “Comedy College,” a course for people who want to be comedians.

Growing up in East Meadow, Keegan, watched stand-up comedy with his father Michael. He never thought he would perform at the same clubs with the same comedians he admired.

A 2001 graduate of East Meadow High School, Keegan received a bachelor’s degree in history from Molly College with hopes to become a teacher while maintaining a love for comedy.

In the comedy classroom in 2012, Keegan learned to write, present and deliver material, handle an audience and emcee shows. Comedy club etiquette and the business of stand-up comedy were part of the course. Comedy College culminated in Keegan performing two shows at Governor’s along with the other class members.

“I got to perform at the club where I would watch my favorite comedians,” Keegan said .

“Keegan is always writing,” said James Dolce, owner of Governor’s Comedy Club. “You could see him one day and then the next day he’ll have two or three new bits. Not all comics are like that.”

That same year, he was named “Best New Comic of 2012” at the Broadway Comedy Club in New York City. Keegan spent the next four years performing at open mic nights across Long Island, growing and perfecting his craft.

Keegan’s mother, Diane, said her son’s passion and drive make him successful. “About five years ago, Michael was in the hospital with a blood infection,” Diane said. “He signed himself out of the hospital to make a show in Manhattan. He will drop everything to do comedy.”

During that time, Keegan, with friend and fellow comedian Hugh Murray, formed the comedy production company Get Involved Comedy. The company serves as a platform for Long Island comedians to share their gift with the world and produce high-end comedy shows. It is a hub to learn more about the local comedy community and find upcoming shows.
Keegan has taken his show on the road performing across the country. He was a finalist in the “Funniest Comic on the East Coast” competition at Mohegan Sun in Connecticut and was runner-up in the “2016 Clean Comedy Challenge” at the Ice House in Pasadena, California.

Keegan’s career highlight is being booked at the Borgata in Atlantic City, one of the leading comedy stages in the country. “It’s a good feeling to get such a high-profile show,” he said.

The pandemic made it extremely difficult for comedians to find work. For nearly two years, outdoor shows were the only option as guidelines and rules changed. Throughout that time, the tight-knit comedy community stuck together.

“The clubs on Long Island were really fighting for us to perform,” Keegan recalled. “Governor’s Comedy Club has always been there for me if I needed to work on material. I can always call them up and they’ll put me on stage.”

Keegan will record his first comedy special in August, “Cap’n Murica.” Described as “a culmination of his best material over the past ten years,” He thinks people are in for plenty of laughs and a good time. Produced by Black Label Records, Keegan plans to distribute it to SiriusXM among other outlets.

“Progressing from a host to a featured act, and now doing my own comedy special has been amazing,” Keegan said.
“He’s been doing this a long time and he’s really funny,” said John Moses, owner of Black Label Records. “We just want to help get him out to a broader audience. He was overdue for this. I was excited that he felt the same way.”

Keegan’s girlfriend Carla Oakerson, a fellow comedian, will be hosting “Cap’n Murica” on Aug. 26. “He could have chosen anybody, but he wanted my energy. I was really honored and surprised,” she said.

“Mike is a wildly likable human being, so the audience will always accept him and laugh at everything he says. It’s an extremely incredible skill.”

Ten years ago Keegan was taking advice. Now he’s giving it. “Get out there and write five minutes of material,” he said. “Go to the local open mics and work them out. The open mics also allow you to network with other comics.”
Report an inappropriate comment