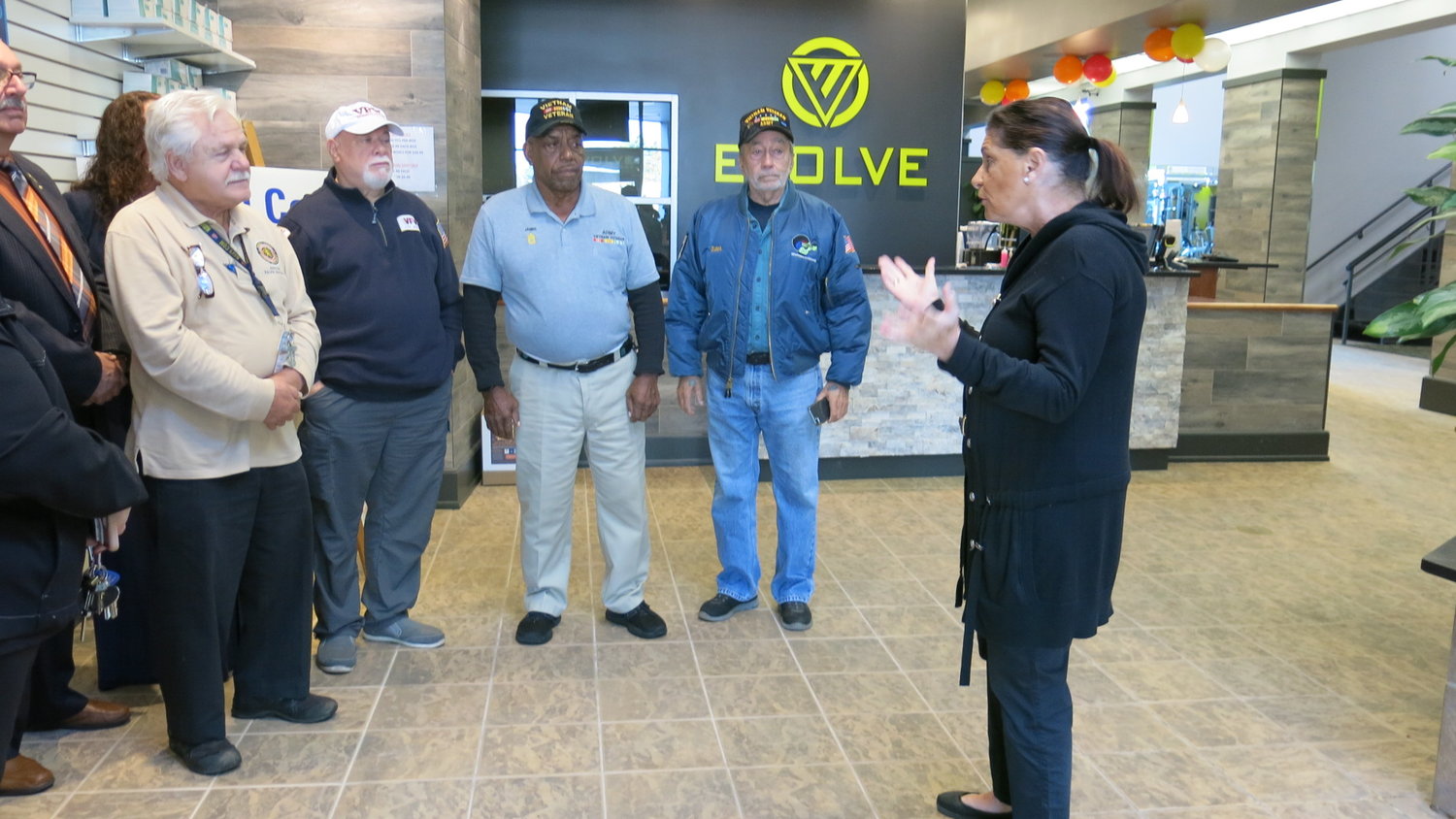 The Nassau Council of Chambers of Commerce held its annual promotion of its Veterans’ Discount Program and Shop Locally campaign with County Clerk Maureen O’Connell on Nov. 10 at Evolve Gym in East Meadow.

Veterans and families of deceased veterans are eligible to benefit from the program when they bring their discharge papers to the county clerk’s office to be entered into its data base. They receive a county  card, good year-round, to participate in the discount program, which also benefits local small businesses.

Frank Camarano Jr., of East Meadow, president of the Nassau Council of Chambers, who manages Evolve, said the gym would take part in the program soon. Many veterans belong to the gym, as do active-duty service members who live at the nearby Mitchell Field complex, he said.

“It’s a great program for a business to get involved in and a way for them to thank all veterans while increasing the business they wouldn’t normally have,” he said. “The chamber is making getting the word out to small businesses about the discount program a year-round

The Council of Chambers works with the clerk’s office to encourage small businesses to take part in the veterans discount program. Last week’s news conference was intended, in part, to raise awareness of a “shop-local” program, which more than a hundred small businesses are participating in, many of which are struggling because of the coronavirus pandemic.

The list of participating businesses increases each year, including restaurants, retail stores, attorneys and auto body shops, among others. Discounts vary from 5 to 20 percent.

Vision Long Island President Eric Alexander said veterans are a key demographic for the downtowns because they are often involved in community projects, and small businesses give to the projects.

“My dad was a World War II veteran who also served his community and downtown,” Alexander said. “I don’t know a group that is more loyal to small businesses than our veterans.”

Fifteen years ago, Julie Marchesella, of West Islip, a past president of the Council of Chambers, and owner of Merrick’s Queen of Hearts, worked with O’Connell to encourage veterans to record their discharge papers at the clerk’s office.

Veterans need their discharge papers to be eligible for any number of programs. Marchesella experienced firsthand their importance. Seeking a full military funeral for her father, a World War II veteran, when he died in 2013, she could not find his discharge papers, making him ineligible. It broke her heart, she said, that the American “flag could not be raised for” him.

O’Connell said it’s common that discharge papers go missing, which could have consequences. “The papers have important information on it like the veteran’s Social Security number, their date of birth and parents’ names,” O’Connell explained. “I was having a heart attack seeing files filled with discharge papers. It is a thief’s dream to find one of these cabinets.”

Camarano said the discount program does need to be promoted more.

“The county and Vision Long Island have the resources to advertise in the media,” he said, “and on social media too, like Facebook, Instagram and maybe even on the radio.”

Alexander said Vision Long Island has 25,000 people on its email list, and he plans to send out information about the veterans discount and shop-local programs.

“I don’t normally take the discount,” said Butch Kmicos, a Bellmore American Legion member, “but it’s a good idea for those who need it.”

Ralph Esposito, director of the Nassau County Veterans Service Agency, called the discount program “phenomenal,” noting that a growing number of veterans are in need, as evidenced by an increased number who are making use of the veterans mart at Nassau University Medical Center in East Meadow for food.