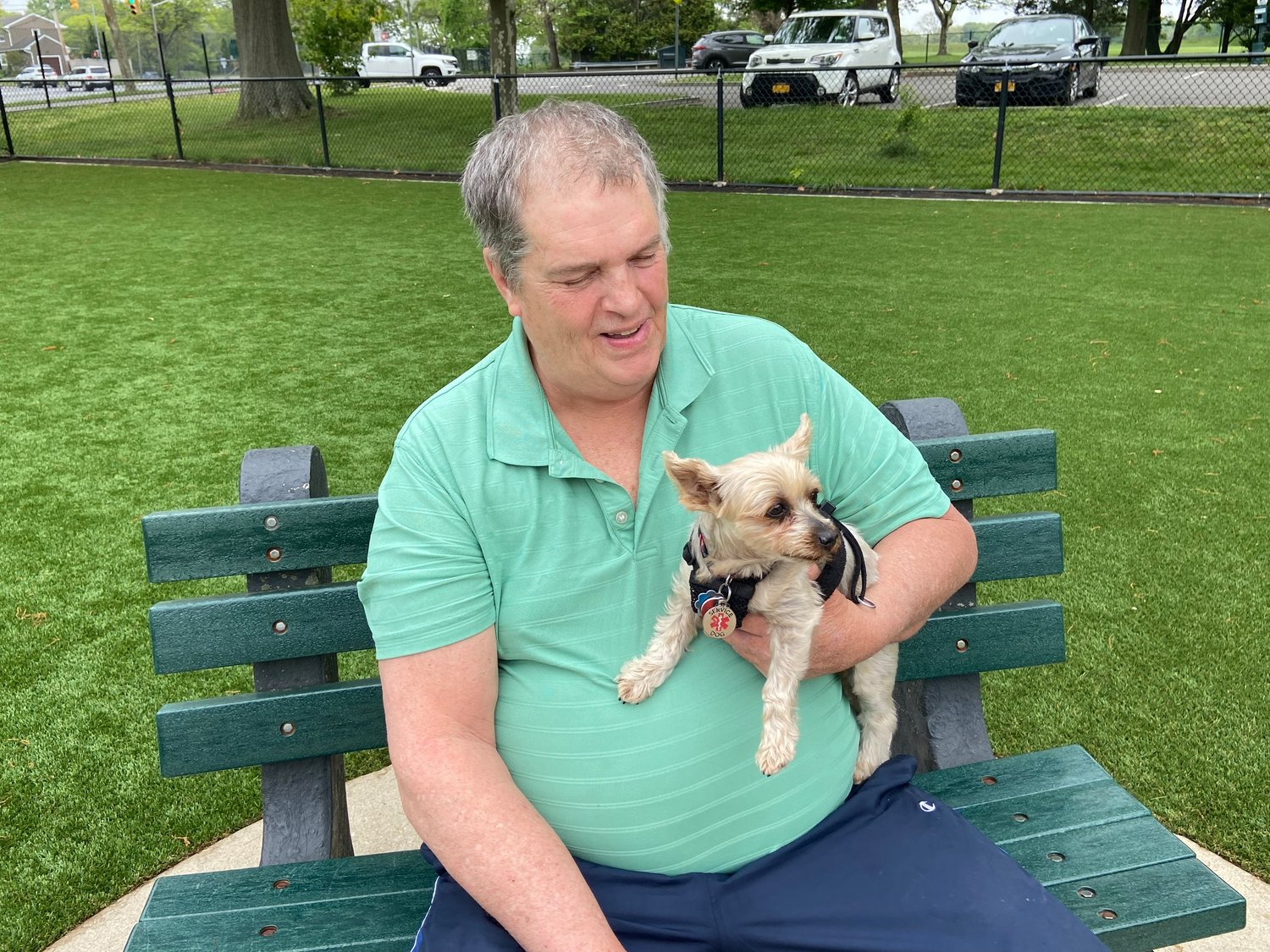 Sean Dolan and his service pup, Little Girl, a Teacup Yorkie had a great time on the new turf.
All photos by Mallory Wilson/Herald 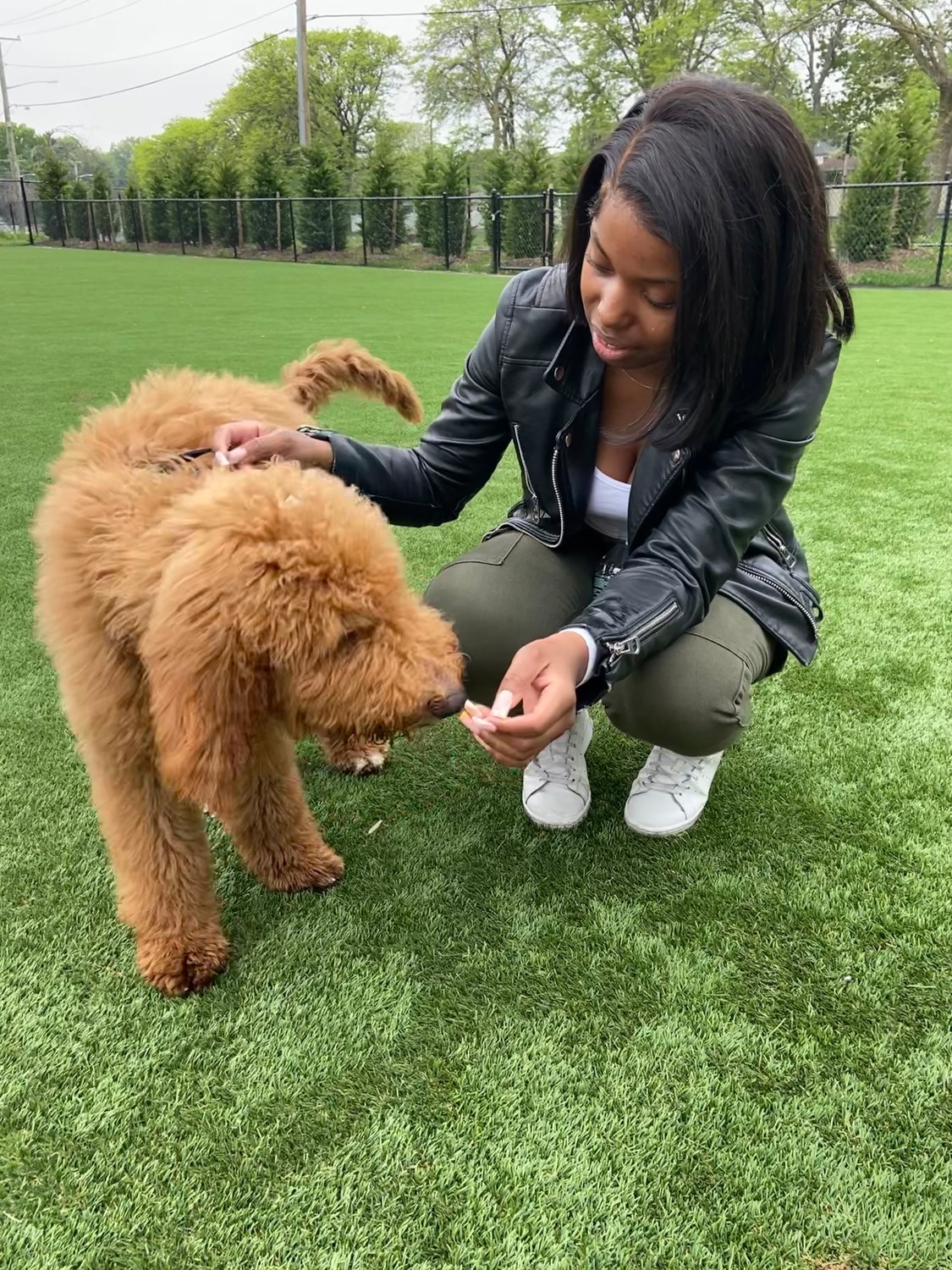 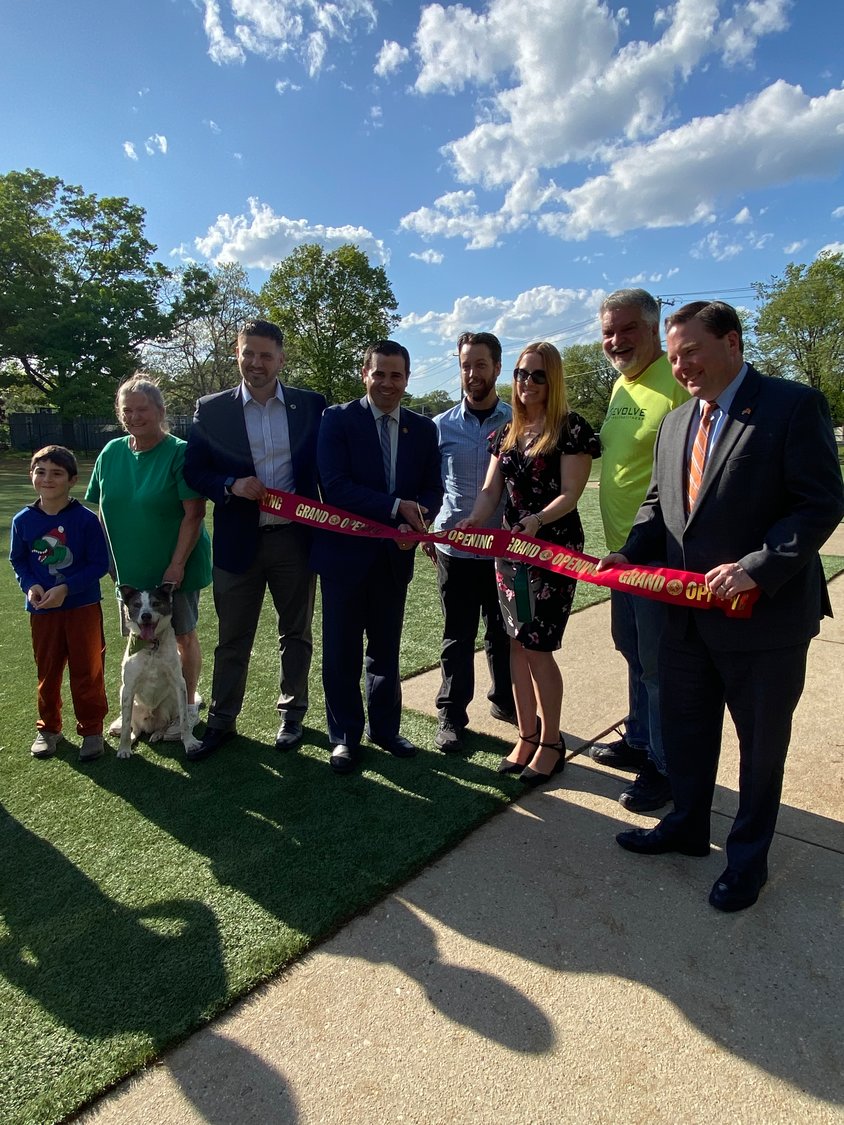 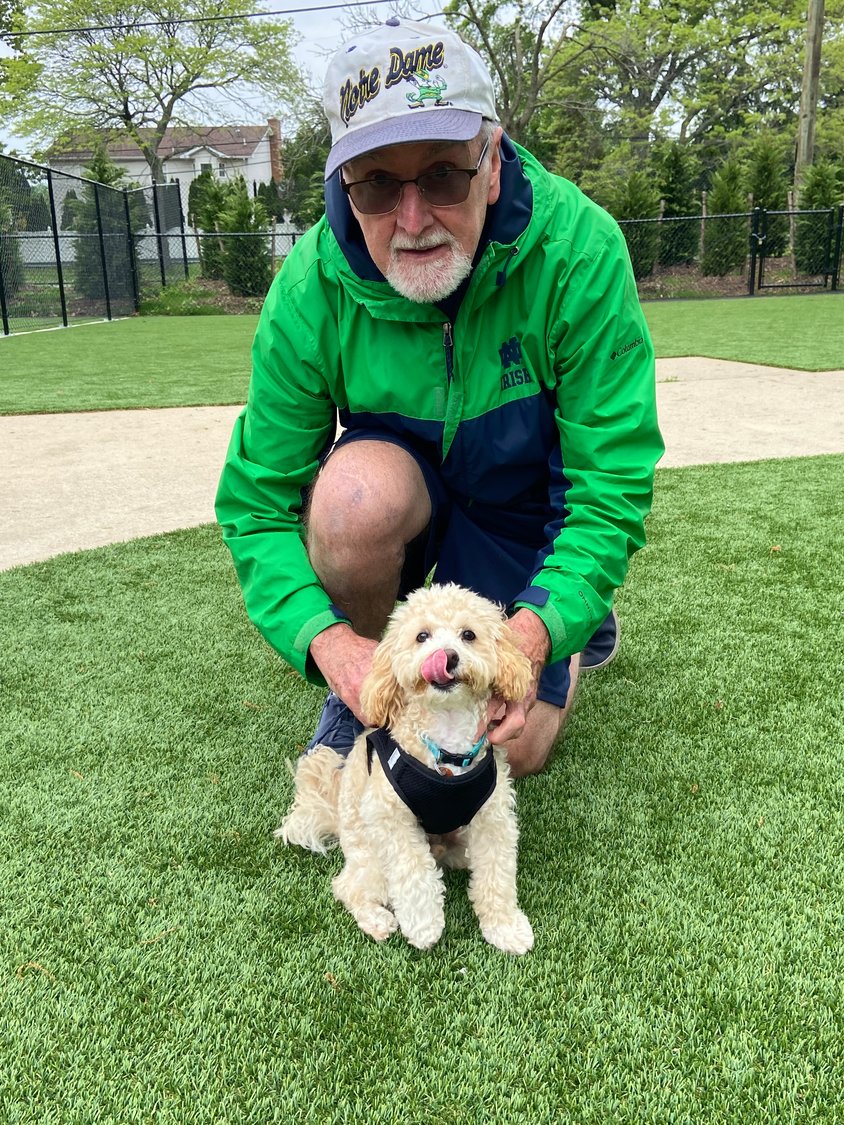 Puppy Rocco and Bill Mcdevitt enjoyed the little dog section of the park. 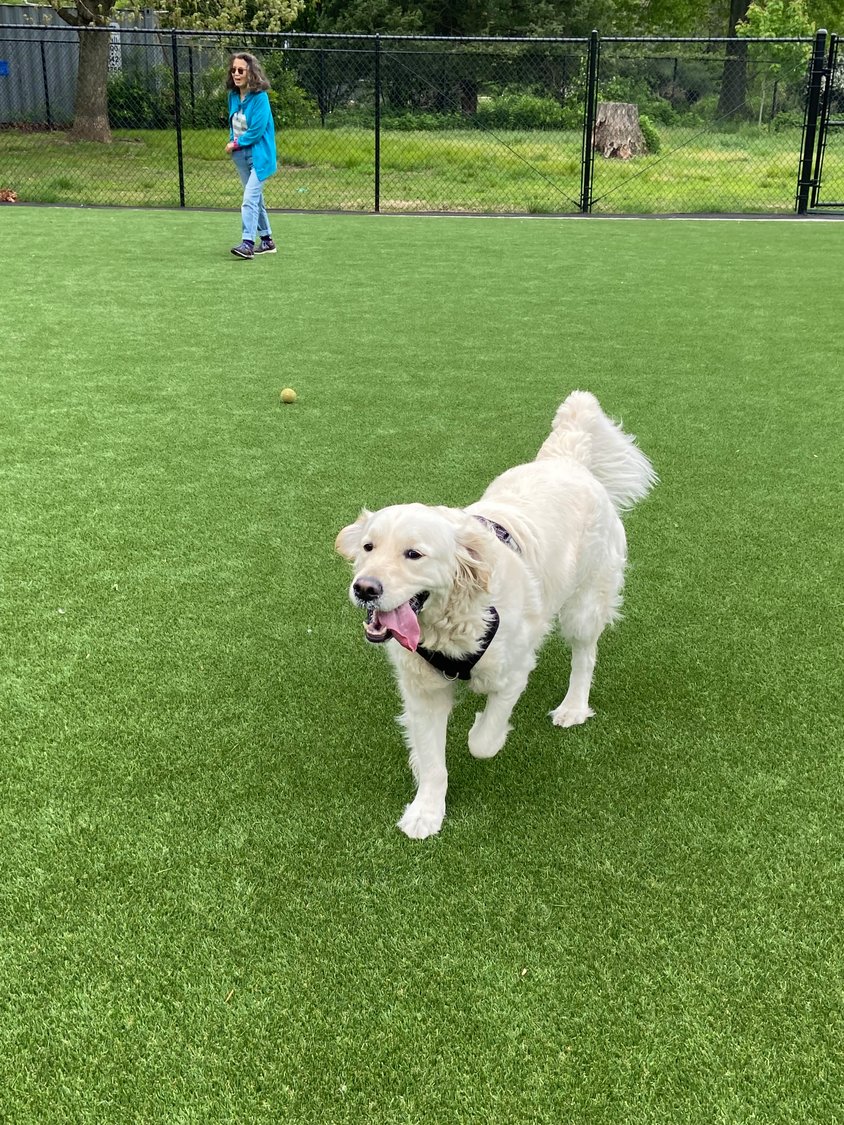 Taro’s tongue was out and about while he was running through the dog park.
Previous Next

The ribbon was cut on May 17 to unveil new upgrades to the Eisenhower Park dog park. County Legislators John Ferretti and Tom McKevitt with community officials, Richie Krug Jr., president of the East Meadow Chamber of Commerce and Frank Camarano Jr., president of the Nassau Council of Chambers of Commerce and neighbors attended to see the new upgrades.

A new synthetic turf field was added to replace the grass which caused muddy conditions after it rained.

New concrete walkways, a gazebo, a new fence and new plantings were added to the park that’s located on Salisbury Park Drive.

The dog park is divided into two areas for large dogs and small dogs (25 pounds and under). Each section has shade structures, water stations, waste stations, trees and benches.