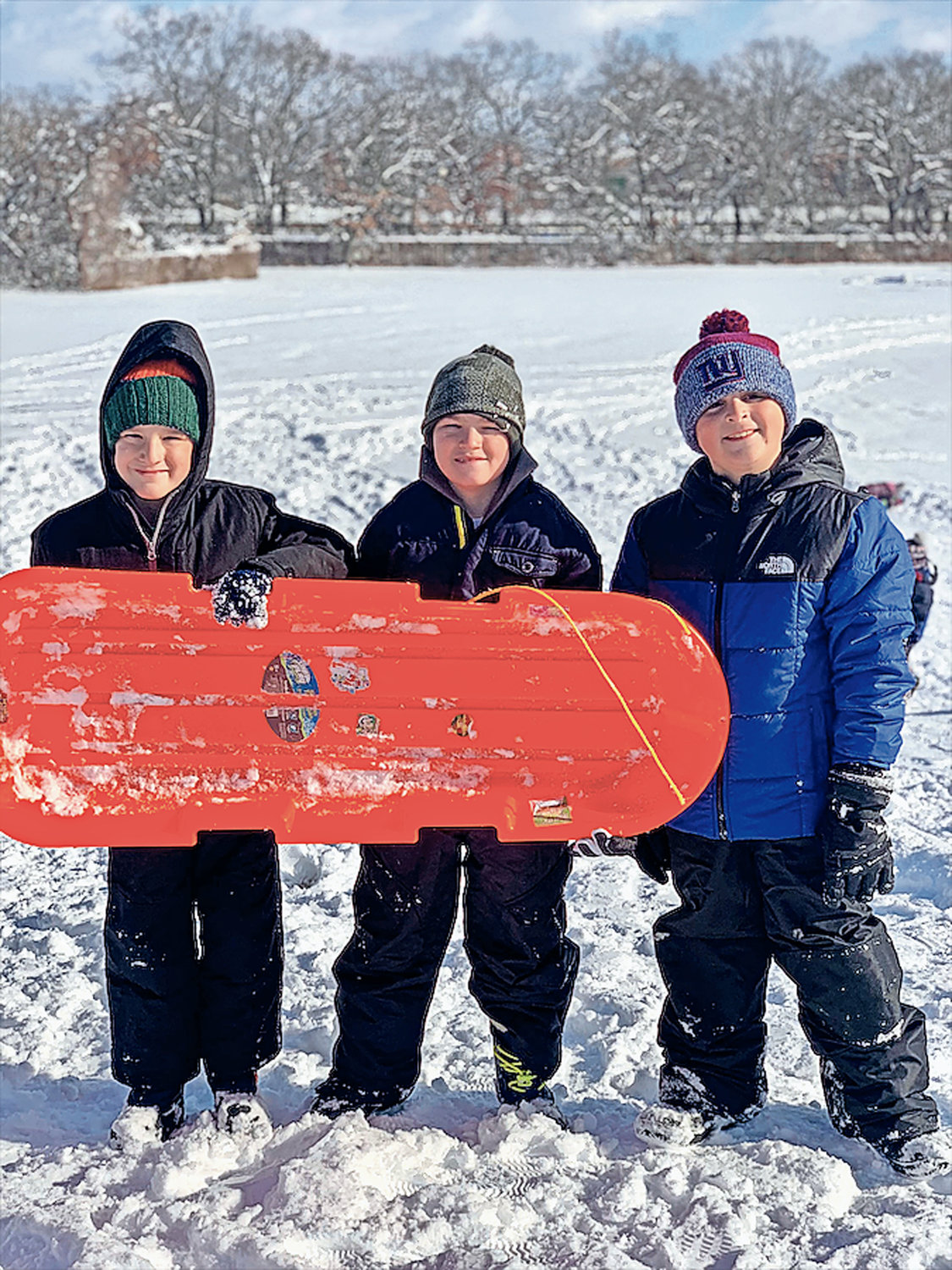 After New York City Public schools made the decision earlier this month to no longer have snow days — and instead decided to opt for virtual learning — parents, teachers and students on Long Island wondered whether they faced the same fate.

“With the new technology that we have, it’s one of the good things that came out of Covid,” Banks said. “We want to make sure our kids are continuing to learn, so, sorry kids, no more snow days, but it’s going to be good for you.”

Dominick Palma, the superintendent of schools in the Merrick Union Free School District and president of the Nassau County Council of School Superintendents, said the decision to have emergency days is up to each school district.

“Each district will consider if having snow days versus virtual days is in that district’s interest,” he said.

In a statement for the Herald, Kenneth Card, superintendent of the East Meadow School District, wrote that the district would maintain its snow days.

“Our Board has always maintained that we will use traditional snow days first,” Card wrote. “Once we have exhausted available snow days, we will then pivot to remote to ensure we are able to meet the 180 day requirement.”

Parents in East Meadow were quick to say that virtual days are not what they want for their children.

Melissa Ann VanAlstine-Parris, an East Meadow mother of two, wrote to the Herald that as a college professor, with a husband who is a high school teacher, she’s glad that East Meadow — and the schools at which both of them work — are keeping snow days.

“I hope no child ever has to do a school day remote again,” she wrote. “It is not good for them to stare at a screen all day (even if there are breaks) and they don’t learn the same.”

VanAlstine-Parris added that sometimes on snow days, or emergency days — as in cases of hurricanes — there could be extensive power outages throughout communities.

“This becomes an equity issue if kids can’t get online because they don’t have power,” she wrote. “There is also an equity issue due to internet access. Homes with multiple children/adults needing to be online at the same time can cause issues, with internets slowing down.

“A good snow storm is not that often here, so they are kind of special. Let’s keep them special and let the kids go out and play.”

Other parents agreed, citing a lack of affordable and convenient child care, safety, and limited learning through virtual education, as reasons to keep children home during snowy days.

“Snow days are a rite of passage. Kids should get them just like we did,” EMSD parent Nick Ave wrote. “Let’s say the district decides remote days instead of snow days. What happens if your wifi goes down? Will the kids get marked absent? Last year, my wifi did go down during a snow storm. If my kids were marked absent because of that, I would raise hell. Weather is unpredictable and things happen.”

Some parents see a plus side to having virtual learning days.

Kim Rummel Morovich, wrote she prefers snow days since they’re already built into the EMSD calendar, but as a teacher, she prefers going remote. “Much safer for the kids than bussing them all long distances on icy roads, and the staff,” she wrote, adding in that at the school she works at, they build in “contingency days” around Easter break and Memorial Day.“So, if we go remote, instead of using snow days, we have more days off at Easter and Memorial Day.”

East Meadow parent Denyse Kofod wrote that virtual days should only be reserved for older students, if at all.

“Kids should get snow days,” she wrote. “It’s great to have the technology, but there’s very limited learning that happens virtually. Maybe at the college level this makes sense, but K-12, I don’t think so.”

Overwhelmingly, the consensus of parents want snow days for their kids.

“Yes to snow days,” EMSD parent Andrea Jimenez wrote. “Childhood is a small period of time and we need to let kids be kids enjoy playing in the snow, come in for hot cocoa, watch movies and play.”