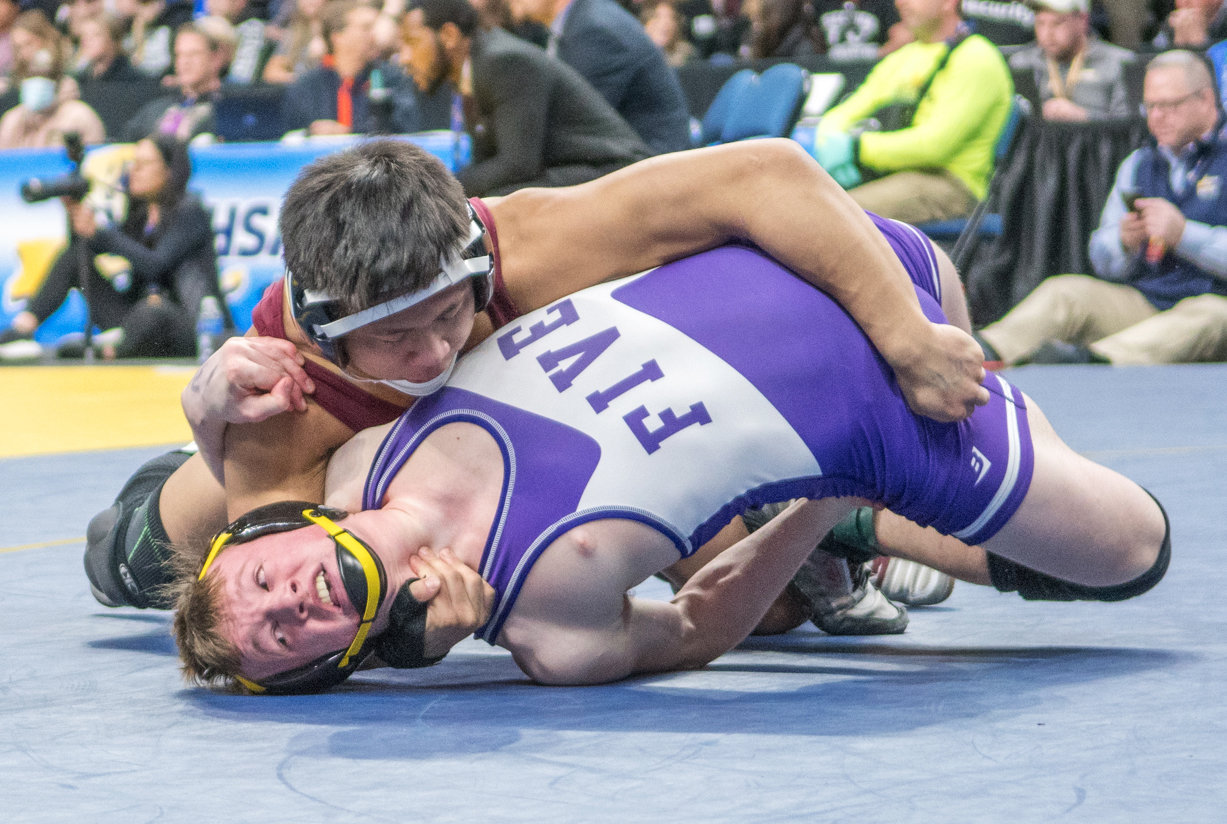 Clarke’s Jordan Soriano culminated his high school wrestling career as a champion and made history in the process.
Sorinao delivered Clarke its first state wrestling title in program history with a dominating 10-1 win last Saturday in the 138-pound finals in the New York State Championships against Caleb Sweet of South Seneca. The triumph on the mats at the MVP Arena in Albany capped an emotional five-year career filled where he battled through injuries and a pandemic.
“I feel like this has been a long time coming,” Soriano said. “I have been waiting for this moment for a long time and it was finally my time to shine.”
In the championship match, Soriano took control early with an earthly takedown and led 5-0 after the first period. His 6-2 semifinal bout was not decided until the final moments though when a late takedown broke a 2-2 tie.
Reaching the top of the podium as a senior was achieved in Soriano’s third appearance at the state championships and first since placing fifth in 2020 just two weeks before the COVID-19 pandemic forced shutdowns. The 2021 season did not include any postseason tournaments and he missed out on competing in 2019 due to a broken arm one year after finishing sixth as an eighth grader.


With no official championships to compete for last year, Soriano still prepared himself for the big stage by competing in the Journeymen State Championship, which was considered an unofficial state tournament. He took part in the 2021 NHSCA Junior Nationals, where he placed third.
“Every step was another step toward getting the official state championship,” Clarke head coach Mike Leonard said. “Without him participating in either one of them he wouldn’t have been able to reach that goal.”
Leonard said Soriano’s brother, Justin, was instrumental in his success as a workout partner. Justin Soriano (189 pounds) and Jack Forte (160), both juniors, earned All State honors by placing third. Senior John Bower (145), freshman Justin Gonzalez (152) and seventh-grader William Grassini (102 pounds) also earned trips to the states.
Clarke finished fifth in the states with 67 points out of 121 schools who entered the Division II championships.
Jordan Soriano, who finished his senior year at 37-1, will compete on the collegiate level next year at Drexel University in Philadelphia. Winning Clarke’s first state championship was a special way to cap Soriano’s high school career and Leonard hopes it lays the foundation for more Ram success on the mats.
“He showed us, the coaches and everybody at Clarke that anything is possible through hard work and persistence,” said Leonard, who has led the program for the past 19 years. “Hopefully we can build off this to keep getting state champs and guys to work hard like he did.”