The holiday spirit is alive in E.M., with a big helping of giving back 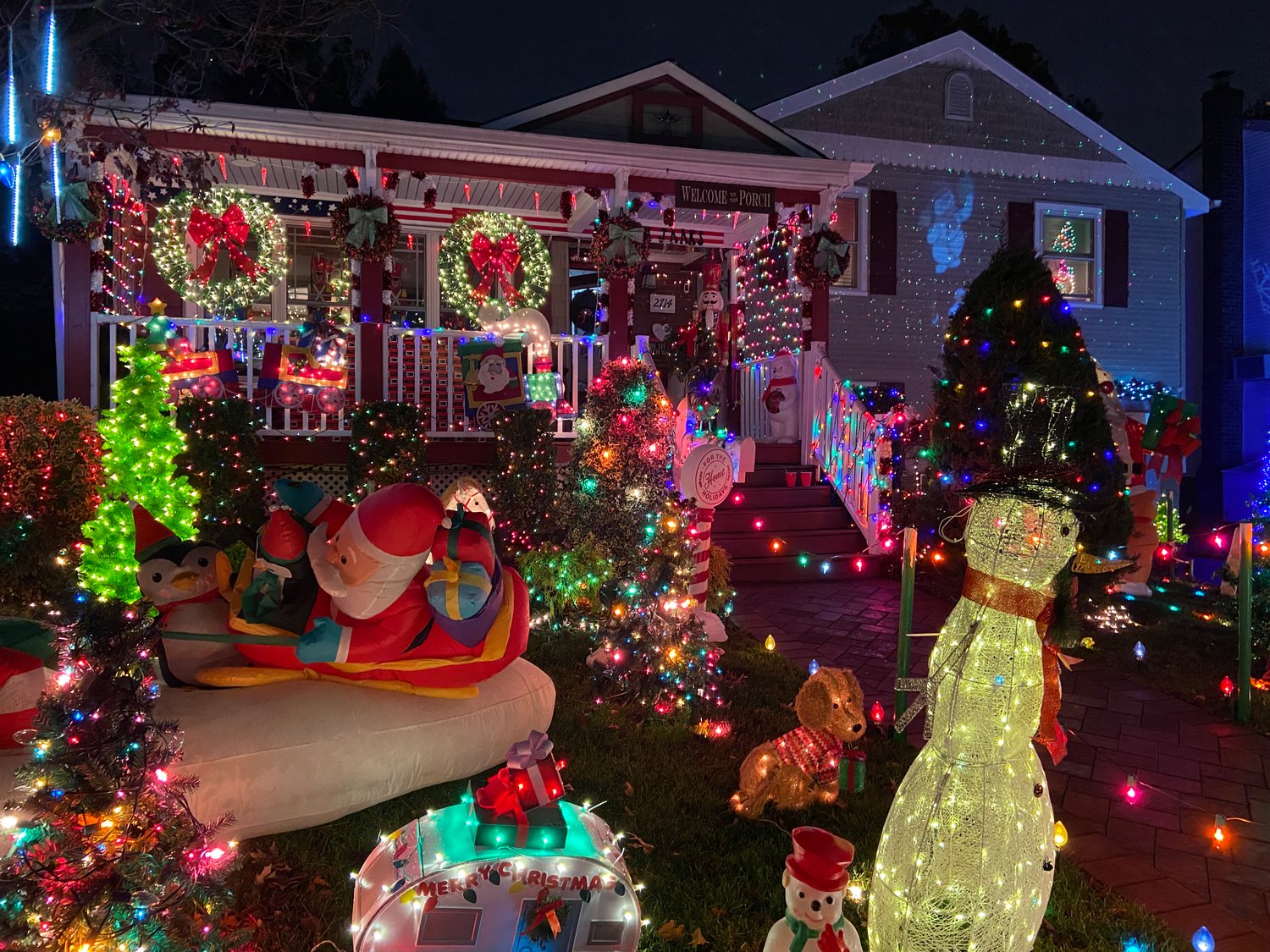 The Gargiulo house in Salisbury has thousands of Christmas lights and decorations inside and out.
Mallory Wilson/Herald
By Mallory Wilson

Joe Gargiulo, 63, had long dreamed of decorating his house for the holidays in an over-the-top way, and for more than 30 years, he has made that dream come true. The Salisbury resident, whose home is covered inside and out with Christmas lights and decorations has been affectionately nicknamed “Mr. Christmas” by friends.

The Gargiulo family doesn’t stop at decorating their home at 2714 Hyacinth St. They’ve hosted a Christmas party for friends and family for years and go one step further. For the past 20 years, they have collected toys and money for American Giving Project/Toys of Hope at the party. The Huntington-based charity is entirely volunteer-driven.

Toys of Hope founder Melissa Doktofsky has attended the Gargiulo family’s Christmas party for years. Her organization, started in 1994, collects toys and money for distribution locally, with all proceeds going to people in need.

“The party started out small with about 15 people,” Gargiulo said. “Now it’s grown to over 100. It’s a lot of family and friends, and friends wind up bringing friends and so on.”

Gargiulo cooks everything for the party.

The family was unable to host a party last year because of the coronavirus pandemic. Instead, they held a holiday drive-by to enable people to drop off their toy donations.

This year the party was back in full swing on Dec. 11, but the Gargiulo family also decided to keep the drive-by toy drop, giving friends, families and others two opportunities to donate.

“At our parties, we raise more money and toys than schools or stores do because we have very generous friends,” Gargiulo said. “Last year we raised over $3,000 in toys and gift cards for her charity.”

Gargiulo chose Doktofsky’s foundation, he said, because everything stayed locally.

“Joe’s family exemplifies Christmas,” Doktofsky said. “When we met, it was like an instant connection of like-minded people who want to help people and keep the Christmas spirit alive in people.”

Many of his friends have become foundation volunteers, she said.

“We couldn’t just not collect toys and money for [Melissa],” Kathy said. “She depends on it and needs it more than ever.”

The lights take weeks to put up,  Gargiulo said. He, Kathy, and their two daughters, Amanda and Angelica, both 25, start working the second week of November.

“Since [Angelica and Amanda] have been able to, they’ve helped me,”  Gargiulo said. “They’ve been a big help the past couple of years. We’ve got a system down pat now.”

Over the years, many of the lights and decorations have been purchased, while others have been found and repaired. This year, the newest addition is a Santa sleigh that Gargiulo made out of a bed.

“My dad is the master of creativity when it comes to decorating both the inside and outside,” Angelica said. “This summer he spent his time building the new sleigh for children to come to sit in and take pictures with Santa.”

One question that arises when people see houses decked out like the Gargiulo family’s is how they can afford the electric bills. Gargiulo said that if they didn’t set their electric bill on a monthly budget plan, the bill would be about $600 for December, $400 higher than it normally would be, he said.

“It’s worth it,” he said. “People come by and they take pictures, and it’s the greatest feeling in the world.”

Inside the house is as festive as the outside. Kathy, Amanda and Angelica take care of the inside, which includes two Christmas trees, toy villages, stuffed Santas, decorative rugs, lights, bows, pillows and stockings. Nearly every inch of the Gargiulo home is covered with Christmas cheer.

“Every year we say we’re not going to add any more,” Gargiulo said, “but new things always come out.”

The neighbors look forward to seeing the Gargiulo family decorate their house every year, stopping and staring in wonder at the decorations and snapping photos, Kathy said.

When the family first started decorating their home’s exterior, they never imagined it would become so popular. Gargiulo said he is glad that interest has grown over the years. “I’ve always loved Christmas,” he said. “It’s just the greatest time of year. If I could have it all year round, I would.”