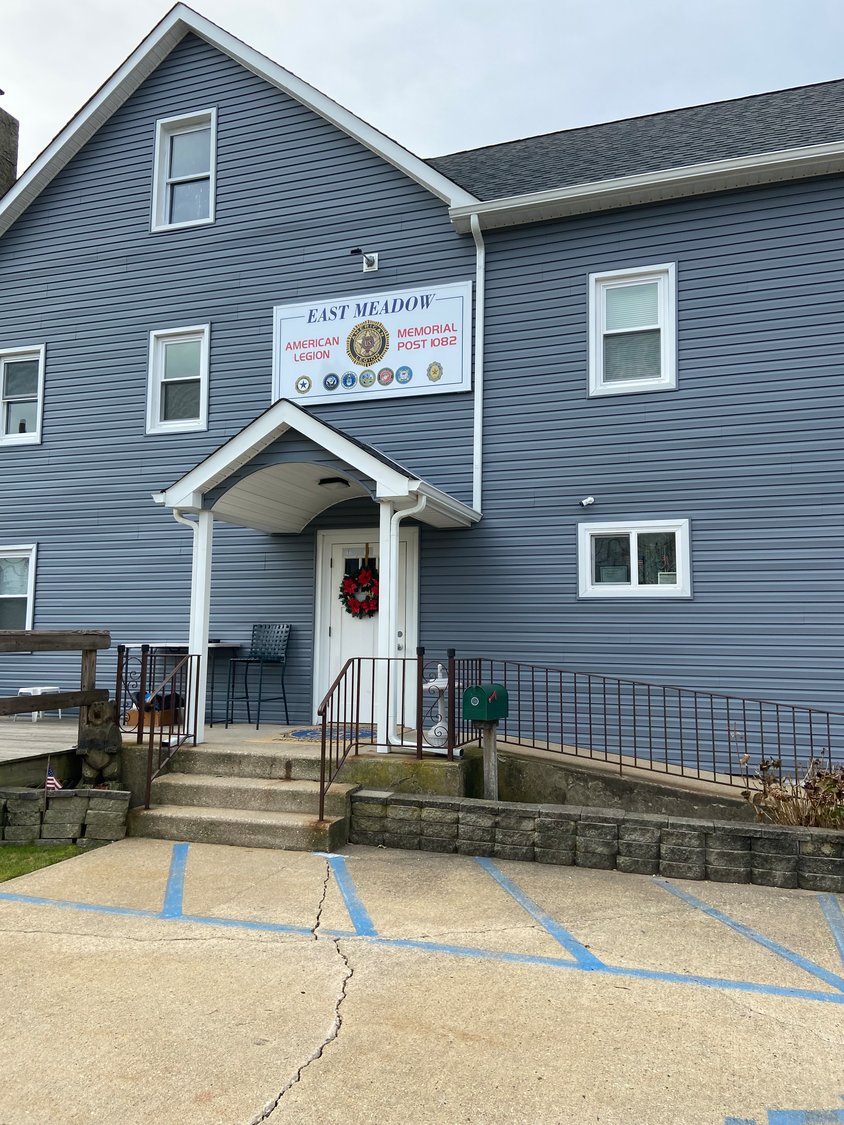 East Meadow American Legion Post 1082 is just one of the Legions that has been excluded from Covid-19 money.
Mallory Wilson/Herald

Because of a technicality in the American Rescue Plan Act of 2021, American Legion and Veterans of Foreign Wars posts haven’t been receiving special pandemic loan and grant assistance from the federal government, despite their nonprofit status.

ARPA was enacted in March, after the Coronavirus Aid, Relief, and Economic Security Act, passed under President Trump in 2020, ran out. The $1.9 trillion stimulus bill was signed into law by President Joe Biden to speed up the country’s recovery from the economic effects of the coronavirus pandemic.

Veterans organizations, however, are unable to receive funds because of their particular tax-exempt status. While American Legion and Veterans of Foreign Wars posts are listed as 501(c)(19), ARPA only provides benefits for organizations designated as 501(c)(3). This leaves out other groups such as 501(c)(4) social welfare organizations, 501(c)(7) social clubs, 501(c)(8) fraternal beneficiary societies and 501(c)(10) domestic fraternal societies.

In addition to the American Legion and VFW, other veterans groups include the Military Officers Association of America, Ladies Auxiliary to the Veterans of Foreign Wars, National Guard Association of the United States and the Marines Memorial Association.

Nassau County Legislator Tom McKevitt, a Republican from East Meadow, said legislators have been lobbying Washington since May to rewrite ARPA to include veterans organizations in the legislation. “If there is money to be given to you,” McKevitt said, “we would do it in a minute.”

Local lawmakers have pushed to revise the language in ARPA to expand funding to veterans groups. In June, Richard Nicolello, presiding officer of the Nassau County Legislature, submitted a letter to U.S. Sen. Chuck Schumer on behalf of the Republican majority requesting that the “narrow definition” of nonprofits be modified to include veterans and other organizations.

“The Covid-19 pandemic and related lockdowns had a devastating effect on veterans, fraternal and cultural organizations that own facilities,” the letter stated. “The organizations were prevented from holding catered events at their facilities, which is a primary means whereby they pay the costs associated with the halls.”

The Democratically controlled Senate has not acted since the letter was sent, McKevitt said.

“It’s not right that veterans organizations can’t get money,” Wenninger said. “We have bills to pay, and we’re self-sufficient for the most part, unless we’re in dire circumstances like Covid.”

Frank Salamino, the quartermaster of the Veterans of Foreign Wars Post 2736 in East Meadow, said the group would use any grant or loan funds to continue services and, potentially, purchase a hall for the VFW.

“It’s not the same not having our own building,” he said. “What helps a post thrive is having their own place. It makes a difference.”

The American Legion, Wenninger said, advocates and raises funds for homeless veterans and those suffering from post-traumatic stress disorder, as well as helps provide funeral services for veterans.

With federal funds, he said, the American Legion could add an air-filtration system to its post on Bellmore Road. “I would also put in hand sanitizers — all the things that Covid money is supposed to be used for to improve your business,” he said.

And, he said, he would also redo the bathrooms to make them fully handicapped accessible.

“Recross your t’s re-dot your i’s and make it right,” Weinger said of the ARPA.