With temperatures in the 90s, East Meadow stays cool 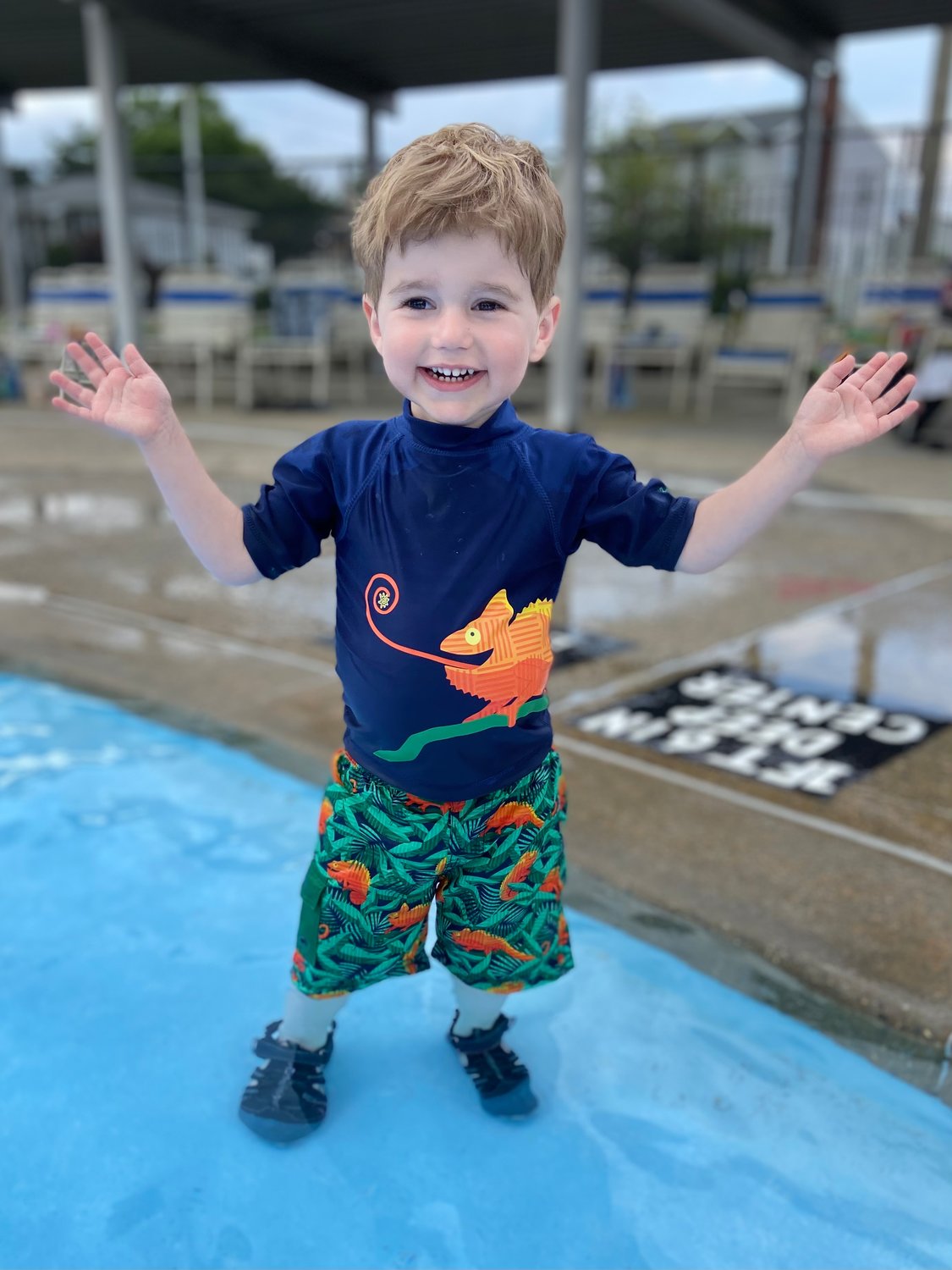 Jackson Meigel stayed cool at Veteran’s Memorial Pool in East Meadow. With temps that were in the high 90s but felt like they were triple digits, community members had to figure out how to keep cool.
Courtesy Ann Jukofsky
By Mallory Wilson

On the heels of the heatwave that had temperatures in the high 90s, and humidity making it feel like they were actually in the triple digits, East Meadow residents needed to stay cool. Community members in East Meadow spent their time staying cool at local beaches and the pool and splash pad at Veterans Memorial Park.

With the heatwave being over, but temperatures looking like they’re staying in the mid-to-high 80s, one group that continuously needs to stay cool—while fighting fires, aiding those who overheated, and those who’ve found themselves dehydrated—is the East Meadow Fire Department.

“This time of year we definitely have an uptick in calls for heat exhaustion, heat stroke, and dehydration,” Chief of the East Meadow Fire Department Peter Cheswick said. “Especially among younger kids and senior citizens.”

The Town of Hempstead had initiatives ready to help residents young and old beat the heat. Along with extending beach hours to 7 p.m. through the heat wave, Town Supervisor Don Clavin announced at a press conference on July 19 at the Merrick Senior Center, that Town Senior Centers would serve as cooling stations from 10 a.m. to 4 p.m.

“We’re happy to find our seniors not only with a nice cool beverage with some ice but if residents don’t have that ability to have an air conditioner at home, come down to one of the many Town of Hempstead Senior Centers,” Clavin said. “It’s going to be hot and it’s going to be extreme temperatures — you have got to take care of yourself and of course, you want to hydrate.”

For the fire department members, Cheswick said, it’s all about educating them on how to stay hydrated at all times. “Since we’re a volunteer fire department and we’re not on set tours or duties we can get called at anytime,” he said. “We always remind them to drink plenty of water and plenty of fluids.”

When there is a fire or major emergency, there are resources available to the fire department for them to utilize to protect themselves.

The Nassau County Fire Marshal’s rehab unit is one resource they have. The rehab unit provides hydration and nourishment to the firefighters as needed. The Nassau County Office of Emergency Management and the Fire Marshal’s office help when the fire department needs to evacuate large buildings or areas and needs a way to keep those people cool. Nassau Inter-County Express buses can be used as a cool place to hold people until the area is safe.

Issuing a signal 30 gets the fire department the help of the Ladies Auxiliary Unit. “They’ll come with Gatorade and waters to the scene of a major incident,” Cheswick said. “They’re a big resource and they’ve been with us since 1930.

“They’re a huge support for our fire department.”

Cheswick said that to keep his fellow firefighters cool, he assesses the scene as soon as he arrives and if he can send people home he will. “We respond in our full uniform no matter what type of call it is,” he said. “We’re being a lot more aggressive right now and telling members to slow it down and start dressing down in order to stay cool.”