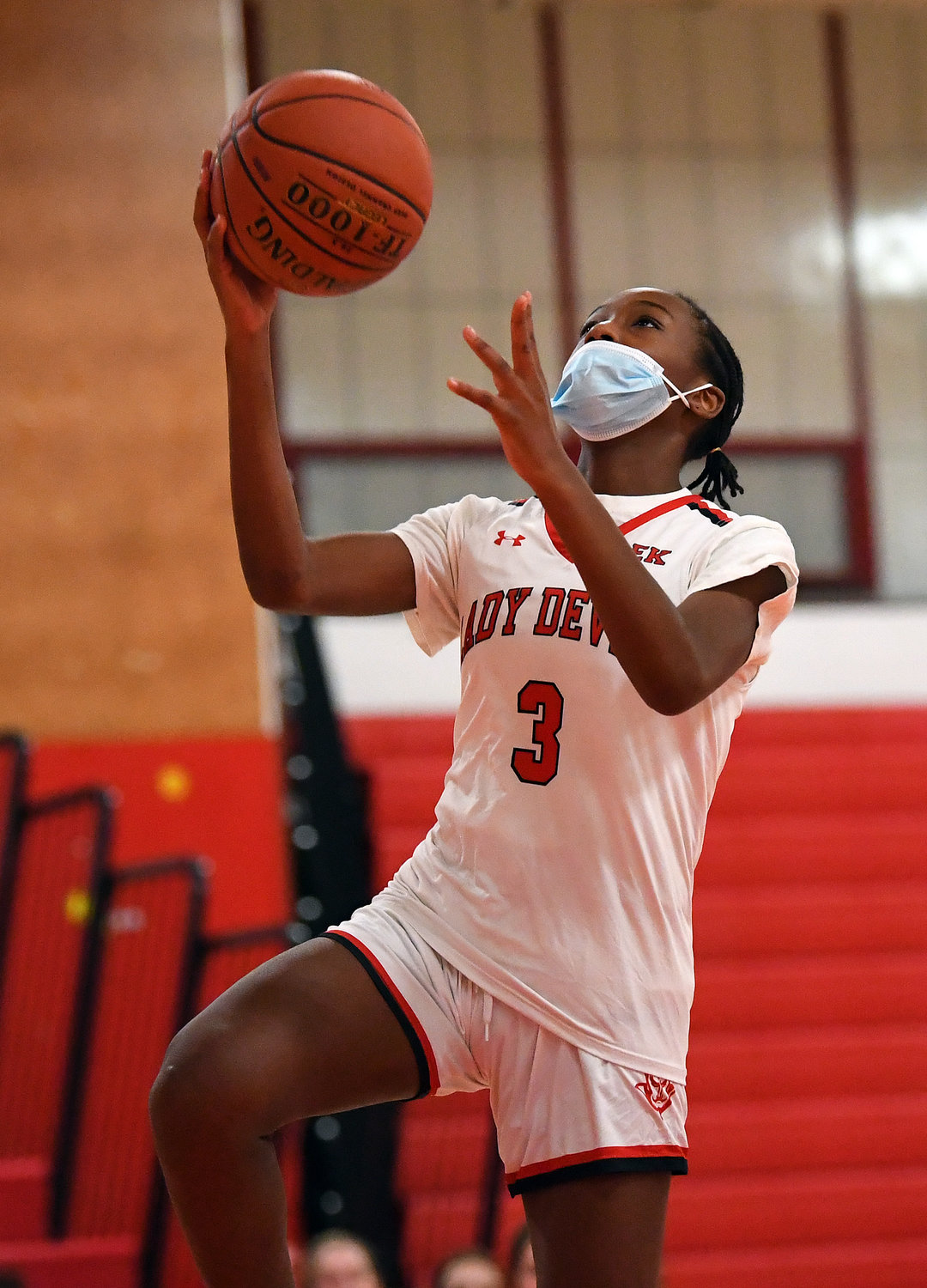 This first half of the season has not been easy for head coach Meredith Jones and the Freeport girls’ basketball team between injuries, inconsistent play, and a lineup turnover after one of the starters departed last weekend. But those who remain have shown a resiliency that could result in a playoff berth come February.

After losing their second-leading scorer from last year, Anayah Lloyd, to a torn ACL during the offseason and with All-County junior Taneece Wooden not playing at 100 percent, the Red Devils started the campaign at 3-5 entering a critical stretch of the season. But their record could be a lot worse if not for the contributions of sophomore leading scorer Ania Crocker (11.1 ppg) and seniors Ancksu Dixon and Windney Destin.

“It has definitely been an interesting year,” Jones said. “The whole season we’ve been dealing with Wooden playing at 60 percent of what she can usually do. But the girls are supportive of each other. I think good things are going to happen.”

Following a disappointing loss at South Side during the Lady Cyclone Tournament on Dec. 9, Freeport rebounded with a convincing 56-26 victory over Uniondale on Dec. 14 before outscoring Oceanside 13-0 in the fourth quarter for a 40-35 victory four days later to move to 3-2.

Crocker, who was named to the All-Tournament team at South Side, scored six of her 14 points in the fourth and sophomore Queenasha Ellis provided stellar defense off the bench to help the Red Devils pitch a shutout in the final eight minutes.

“She brought a spark to our defense, and it worked,” Jones said of Ellis. “We’ve been a team where our offense stems from our defense and all of a sudden it was clicking.”

The win could prove even bigger at the end of the season with Freeport battling the Sailors and Port Washington for the fourth and final playoff spot in Conference AA-1. The Red Devils visited Port on Wednesday after press time and will face Oceanside again on Jan. 21.

The excitement was, unfortunately, short-lived with consecutive losses to conference powerhouses Massapequa, Farmingdale, and Syosset. But the Red Devils showed their mettle against a one-loss Daler team on Jan. 4, outscoring them 30-20 in the second half before eventually falling 48-46.

“I brought them into our room where we talked about the game plan [at halftime] and I said, ‘Somebody show me something that we’ve done. Which things can we check off? And there was nothing,” Jones explained. “I said, ‘We tried it your way, let’s try mine,’ and that worked.”

Dixon has five 10-point games this season, including a season-high 15 against Uniondale and 14 against Farmingdale. Jones also lauded her for her defense.

“She’s a competitor,” Jones said. “She brings the ball up the court, plays amazing defense [and] she’s so quick. She’s just been amazing and has stepped up so much.”

Despite standing 5-foot-8, Destin has been the team’s most tenacious rebounder, recording 17 in a win over East Rockaway on Dec. 7 and 14 more against Oceanside.