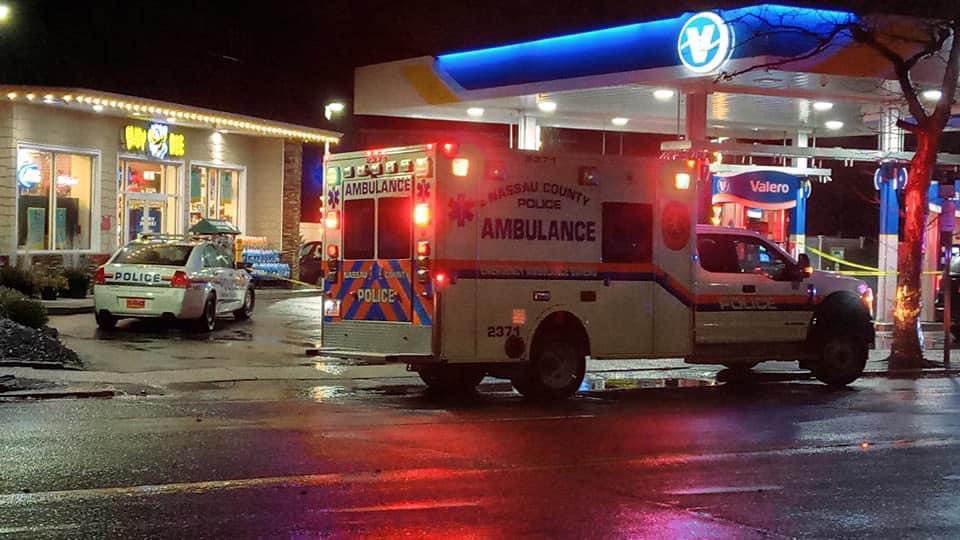 On Jan. 16, a robbery occurred at a gas station in Merrick. An undetermined amount of money was taken from the register, and the subject fled on foot.
Courtesy John Scalesi
Previous Next

The major case bureau is investigating a robbery that occurred on Jan. 16 around 9:00 p.m. in Merrick.

According to detectives, a male store clerk, 63, was working inside the Valero Gas Station located at 1470 Jerusalem Avenue. The clerk was approached by an unknown male subject that walked up behind the counter demanding that the register be opened while displaying a black handgun. After the victim complied the male subject took an undetermined amount of money from the register and then struck the victim in the head using the black handgun. The subject then fled the store on foot last seen running west through the parking  lot.

The victim did suffer pain to his head but refused medical treatment at the scene.

The subject is being described as male, black, 6’0” tall, average build and wearing all dark clothes.