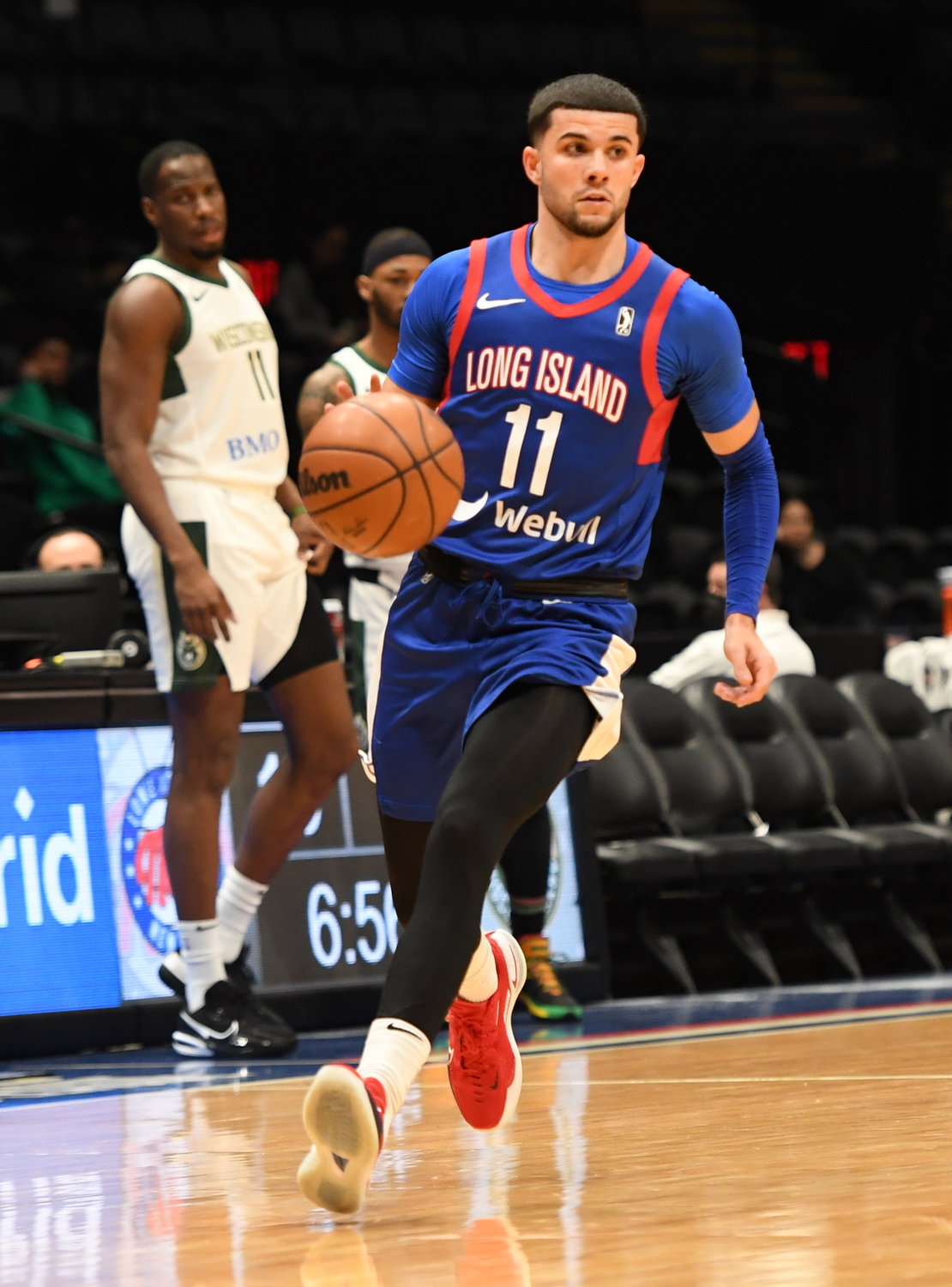 Marcus Zegarowski had a team-high 22 points for the L.I. Nets in their win over Wisconsin.
Courtesy L.I. Nets/Jen Voce-Nelson

Long Island guard Marcus Zegarowski led the way for the Nets with 22 points, shooting 8-of-12 from the field and 6-of-10 from distance to go along with four rebounds and three assists in 30 minutes. Nets guards Josh Gray and Bryce Brown each tallied 21 points in the win, with Gray adding five assists in 26 minutes while Brown recorded five rebounds and one assist in 29 minutes. Long Island forward Brandon Rachal notched his second double-double of the regular season with 18 points and 14 rebounds in 27 minutes.

The Nets had an outstanding offensive game against the Herd as the team dished 27 assists while shooting 50 percent (51-of-102) from the field and 39.6 percent (21-of-53) from long range.

Long Island jumped out to an early 12-0 lead in the first three minutes of the first quarter. The Nets' strong play continued through the remainder of the quarter, leading by 10 to close, 32-22. The Herd began to make a comeback at the start of the second, but the Nets' defensive effort was too strong. Long Island shot an impressive 59.1 percent (13-of-22) from the field to go into the half up by 19, 67-48.

Wisconsin went into the third quarter looking to make an impact, but the gap continued to grow. Long Island went into the final quarter up by 36, the team's largest lead of the night to end the third 106-70. The Nets maintained their lead during the fourth.