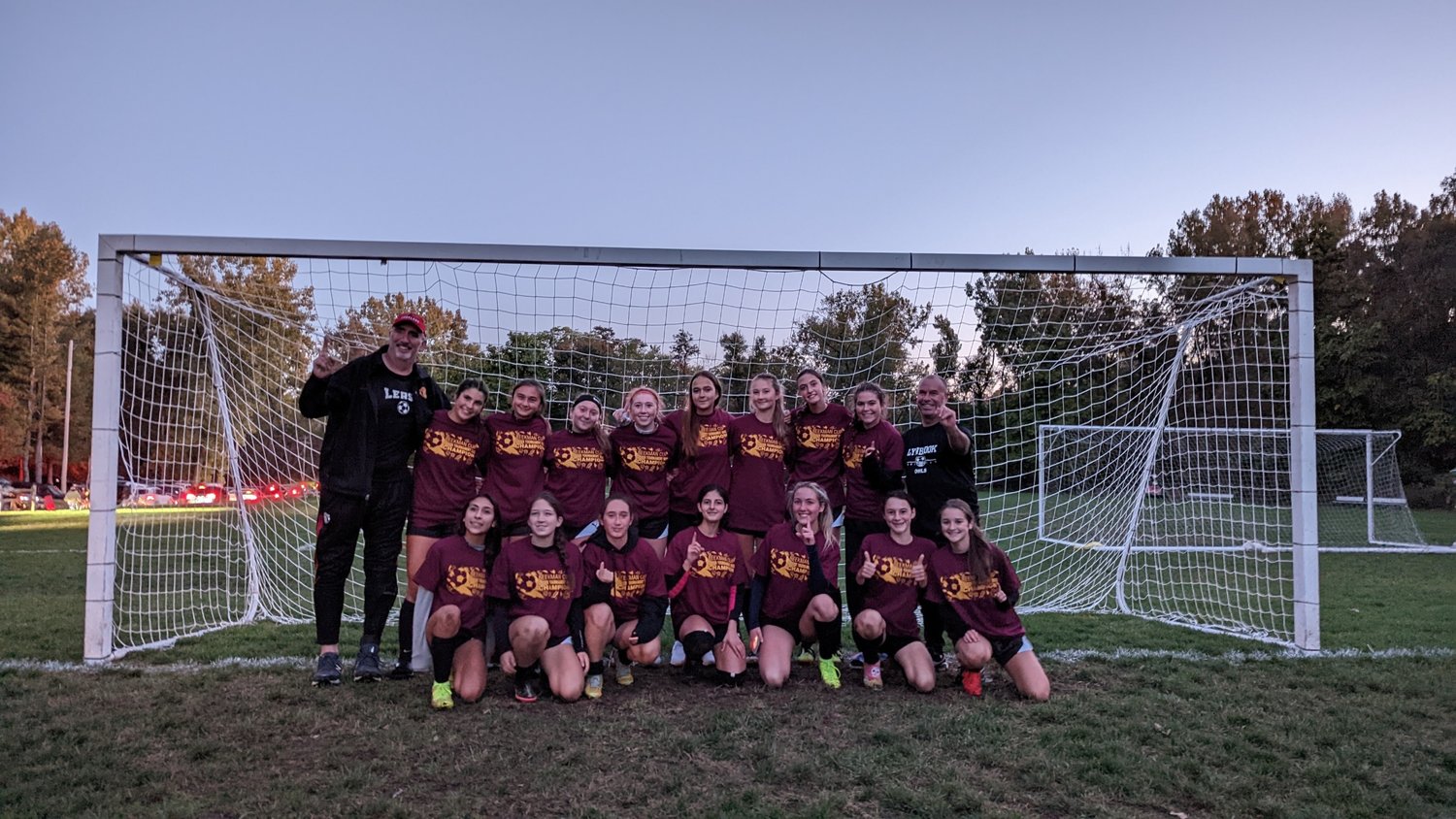 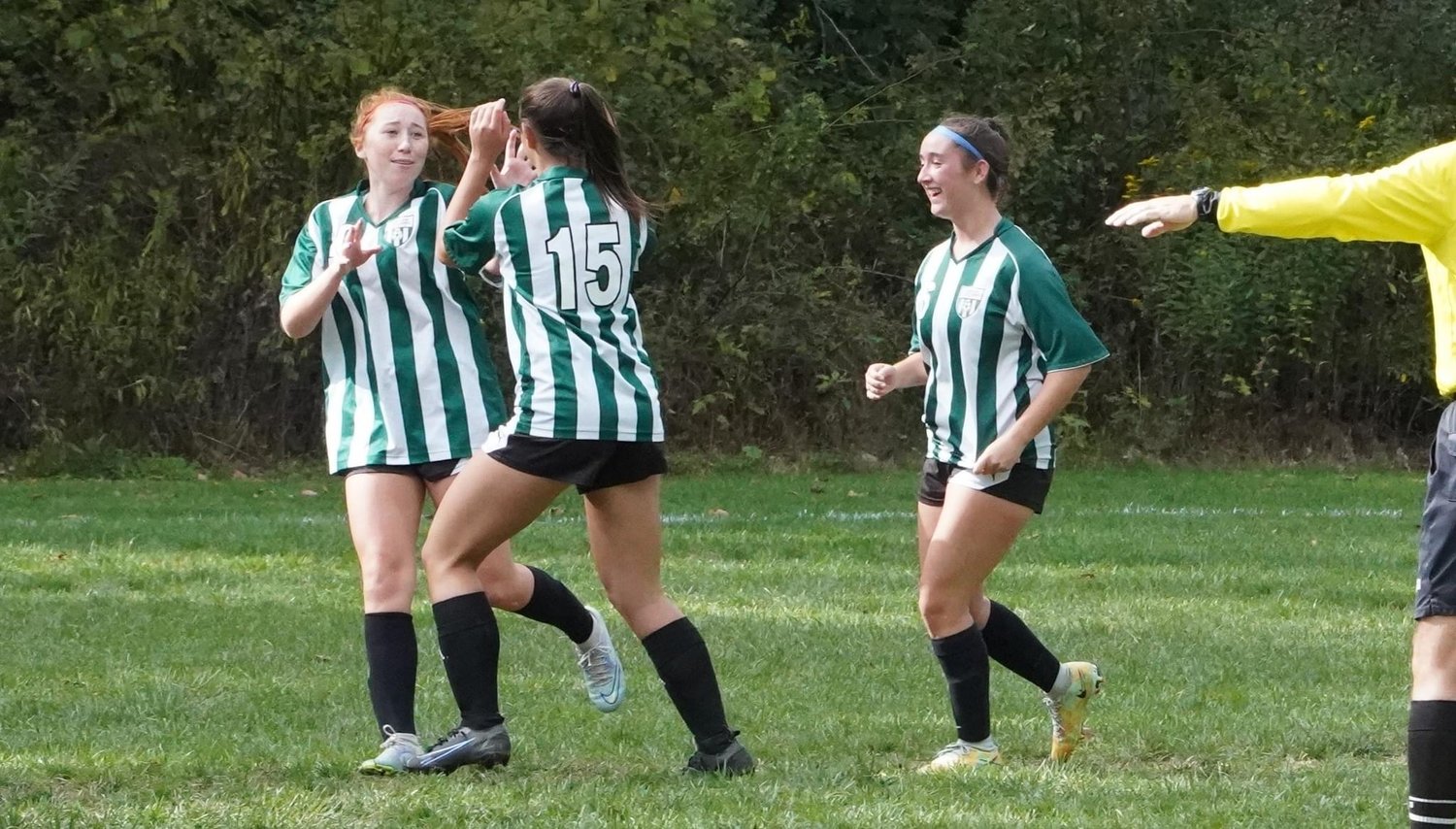 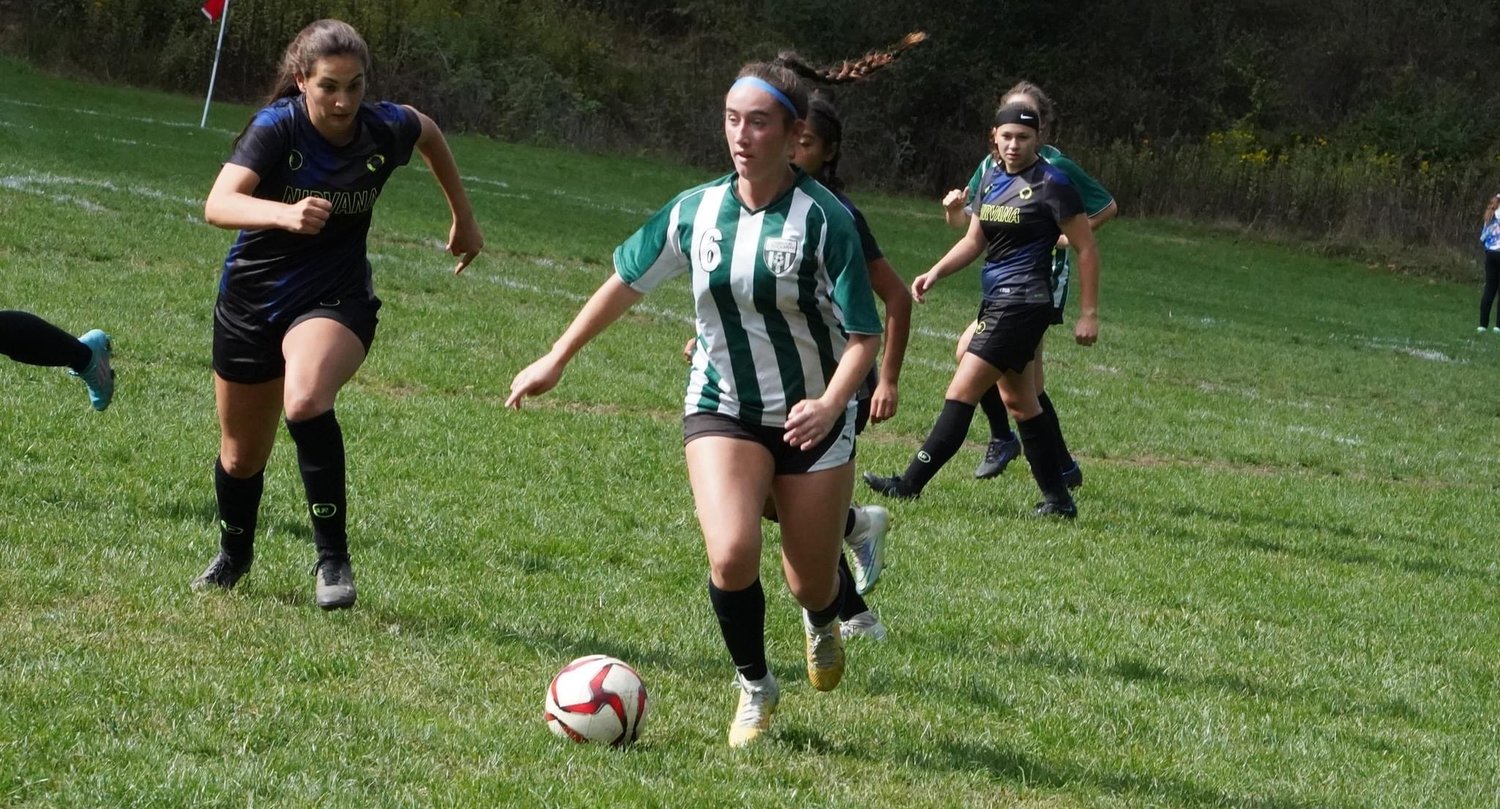 Kailey Dunne, No. 6, runs the ball up through the midfield to push the team ahead in the tournament.
Courtesy Mike Dunne
Previous Next
By Daniel Offner

Over the Columbus Day break, the Lynbrook East Rockaway Panthers Girls’ U17 soccer team traveled to Poughquag for the 22nd Annual Beekman Cup. The team went undefeated as they faced competitors from three of the top 30 ranked Early Development Program teams in the state.

The Panthers team notched tough back-to-back draws, in order to place themselves in the championship match.

Coach Mike Dunne said that the girls played a physical, top-level possession-based game throughout the tournament, keeping their sights set on taking home the championship. Each player on the team contributed to this win, with many turning in key performances in different positions.

“It was pretty exciting,” coach Mike Dunne said. “They were able to adjust to changes made during the game and responded perfectly to capitalize on the other team.”

In the end, the Panthers took home the title on goal differentials with a 4-0 victory.

Some of the standout players of the match included Kailey Dunne, center midfielder, who helped control the flow of the game by anchoring the team’s midfield approach. In the closing seconds of the second game, she converted a penalty kick to put the Panthers in a position to take the title.

Mikayla D’Abrosio, center back, helmed the team’s staunch defense throughout the tournament. For the past seven years, she has been one of the team’s strongest players. During the final match, she was moved up to striker, where she performed brilliantly, scoring one goal and two assists.

But the star of the show was Gabby Meszaros, midfielder/forward, whose combined speed, power, and skills make her a force to be reckoned with. Meszaros was a key component to the team’s success, holding down multiple positions to defeat their competition.

Dunne said that over the past nine years that he has coached the Panthers team, he has seen them test their medal against fierce competitors from all over the state.

“The amount of pride and happiness I have for coaching the team has been immeasurable,” Dunne said. “My heart is just in this team. They’re incredible players and they’re all incredible kids.”

The Lynbrook East Rockaway Panthers Girls U17 EDP team registration will begin on Oct. 23, after the high school season comes to an end. To learn more, visit LynbrookPanthers.com.