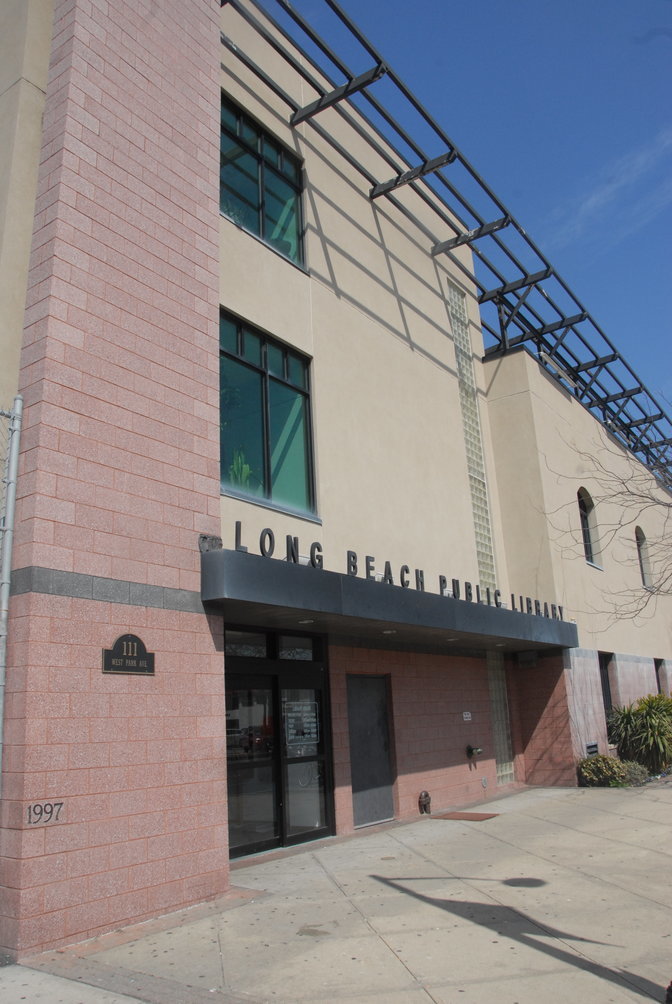 The Library board of trustees meeting became animated during a discussion of political candidates’ use of meeting rooms.
Christina Daly/Herald file photo
By Brendan Carpenter

Meetings of the Long Beach Public Library board of trustees are usually devoid of drama, but Monday night’s session became heated over a controversial proposal to prohibit political candidates from using a meeting room starting 60 days before an election.

After spirited discussion, the board voted down the proposal, 3-2.

The issue arose after Ari Brown, a Republican who was running for the seat in the Assembly’s 20th District, which encompasses Long Beach and the Five Towns, hosted a meeting at the library on Sept. 13 on the best ways to prevent scams.

Brown, who was initially voted into the Assembly in a special election in April, defeated the Democratic Assembly candidate, Mike DeLury, of Long Beach, in November. Brown also held a meet-and-greet at the library on Oct. 4, with library Director Tara Lannen-Stanton.

Brown’s Sept. 13 meeting caused a stir in Long Beach, and as a result, the library board presented a provision to its public meeting room policy. It stated: “Sixty days prior to an election date, no candidate running for office for his/her party or support at such election shall be permitted to utilize meeting rooms or hold sponsored programs. Campaigning for or against a candidate for his/her party is also prohibited.”

“I want to point out that the library has opened up rooms to the public for public discourse and action, and has such created a protected area where free speech is guaranteed,” Saminsky said to the board. “With this provision, it runs counter to that. I beg you to consider what you’re doing here, as it will have ramifications and reverberations well beyond what’s going on here.”

Barry Yomtov, another resident who opposed the provision, said he did not “understand how the board can enforce this.” He said that if the provision passed, the library should investigate who AARP supports in elections, because the organization hosts a number of events in the facility’s meeting rooms.

The issue was complicated by the fact that Brown also gave the library $5,000, in the form of a state grant made available to all Assembly members. Board Secretary Gemma Tansey said that without such a limitation, it appears that “he or she may be trying to buy his way into us” and trying to secure votes. Tansey, who was the most adamant supporter of the provision, had an energetic exchange with Trustee Robin Donovan, who strongly opposed it, and said that “most politicians give the library money.”

“I love the libraries,” Brown said on Monday, adding, of the state grant, “I got $25,000 to divide to all the libraries in my district, so I gave them each $5,000. I made a pledge to have good relationships with all of them. The event I had was well attended, and I never talk politics at any of those events.” Nonetheless, Brown added, “If they ever do make a rule like that, I’d surely abide by it.”

Donovan added that the library was open to other candidates who were running for office, not just Brown.

“When, in the history of this library, have you prohibited people from coming here 60 days before an election,” he added, addressing his fellow trustees, “when you want the residents to learn about views and what the candidates are going to do for the community?”

Before the board voted on the provision, Trustee Sam Pinto said that “it doesn’t make a difference as long as they’re not being partisan … They’re just offering information based on their elected office that they’re currently sitting in, which is much different than having partisanship politics taking place in the library.”

The provision was rejected, with only Tansey and board President Mary Ellen Guarini voting “yes.” Pinto and board vice president Anita LaSpina voted “no,” and Donovan voted “absolutely not.”