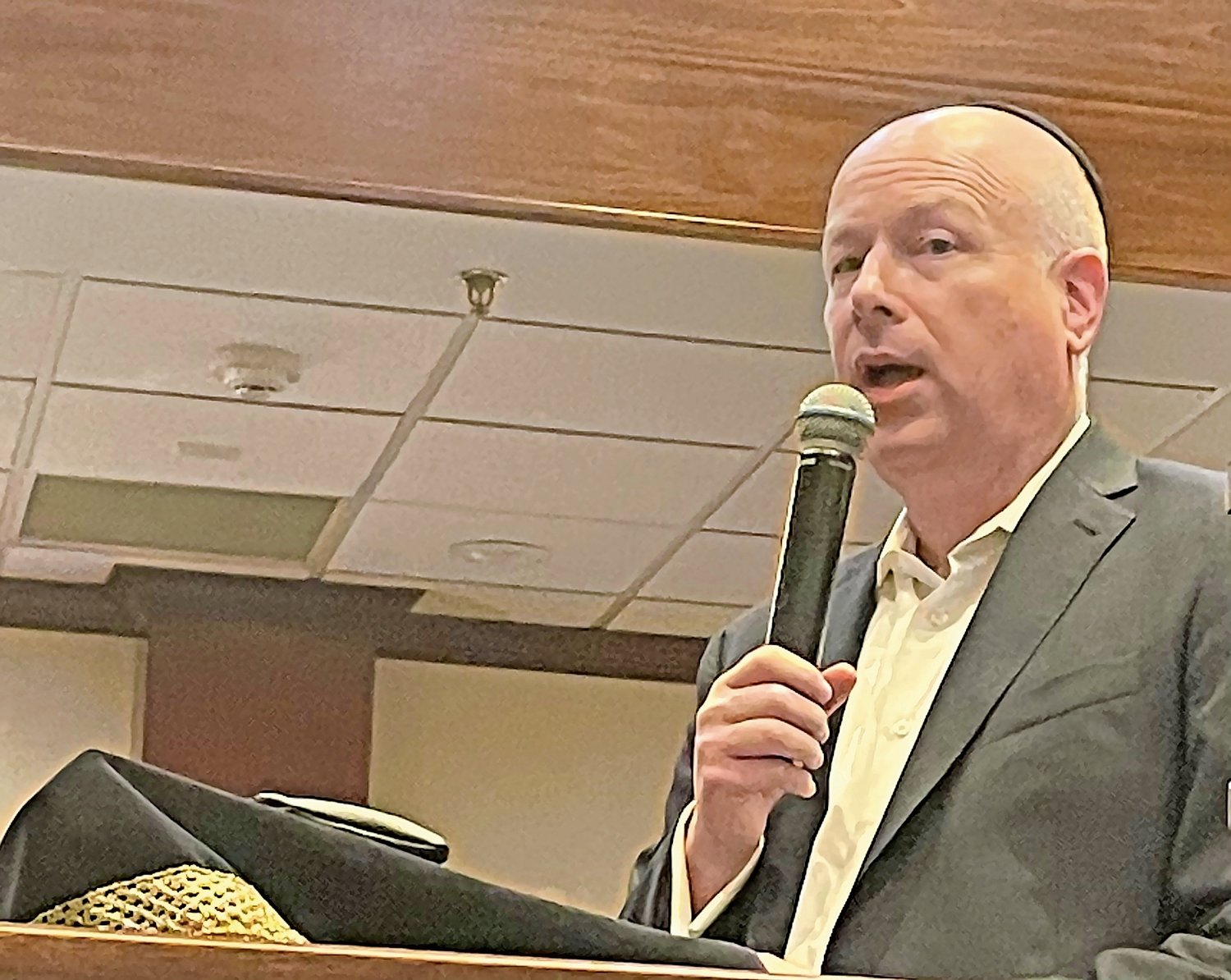 In an open discussion forum, Queens native Jason Greenblatt answered questions and spoke on a wide range of issues stemming from his involvement in creating the Abraham Accords as a White House envoy to the Middle East during the Trump Administration.

Greenblatt, along with former President Donald Trump’s son-in-law Jared Kushner, was an instrumental part of the team that negotiated the accords in 2020.

It refers to a collective set of agreements between Israel, the United Arab Emirates and Bahrain that marked the first public announcement of what is considered normal relations between Arab countries and the Jewish state since the 1994 statement with Jordan.

Standing in the sanctuary of Young Israel of North Woodmere on Sept. 7, Greenblatt made his first local area appearance since the release of his book, “In the Path of Abraham.”

Fielding questions interspersed with his experiences, Greenblatt expounded on and expressed his views of what he thinks is a changing Middle East, while a portion of the world remains stuck in neutral.

Describing himself as an optimist, a realist and a pessimist, Greenblatt said, “I look to the future, not the past.” And then added, “(I) hope for peace but you deal with the cards you are dealt.”

A lawyer, Greenblatt, 55, worked for the Trump Organization beginning in 1997. He became an executive vice president and chief legal officer to Trump and business group, as well as an adviser on Israel.

When introducing Greenblatt, Rabbi Yehuda Septimus said though he had just met the guest speaker, “I feel a deep kinship to him,” noting that they attended the same yeshiva, both went to Yeshiva University and attained post-graduate degrees at New York University. Where their paths diverge, Septimus humorously said he only intervenes in arguments between his teenage daughters, while Greenblatt is negotiating peace in the Middle East.

Referring to a more contemporary Middle East, he said: “The countries are moving in a different direction in terms of their society. Weaning themselves off oil, they all have big plans. Those plans likely include Israel in some way, and I think we need to pay attention to that.”

Kushner had an impact, Greenblatt said. “I thought he was a great friend, a great boss, a great colleague,” he said. “He’s quiet, he’s studious and he has the most optimistic approach to a problem I’ve ever seen.”

After a difficult session, Greenblatt said Kushner functioned as a cheerleader and challenged the group to keep at it and find another direction, akin to solving a maze. Kushner’s optimism continues to coarse through Greenblatt.

“I think the Middle East is on an upswing in lots a ways,” said Greenblatt, who’s book tour has taken him to Los Angeles, Florida and just before the Jewish holidays, South Korea. “Despite Covid, despite the world challenges today it’s a very promising place to be and we should pay attention to it.”