Elmont hanging with the competition 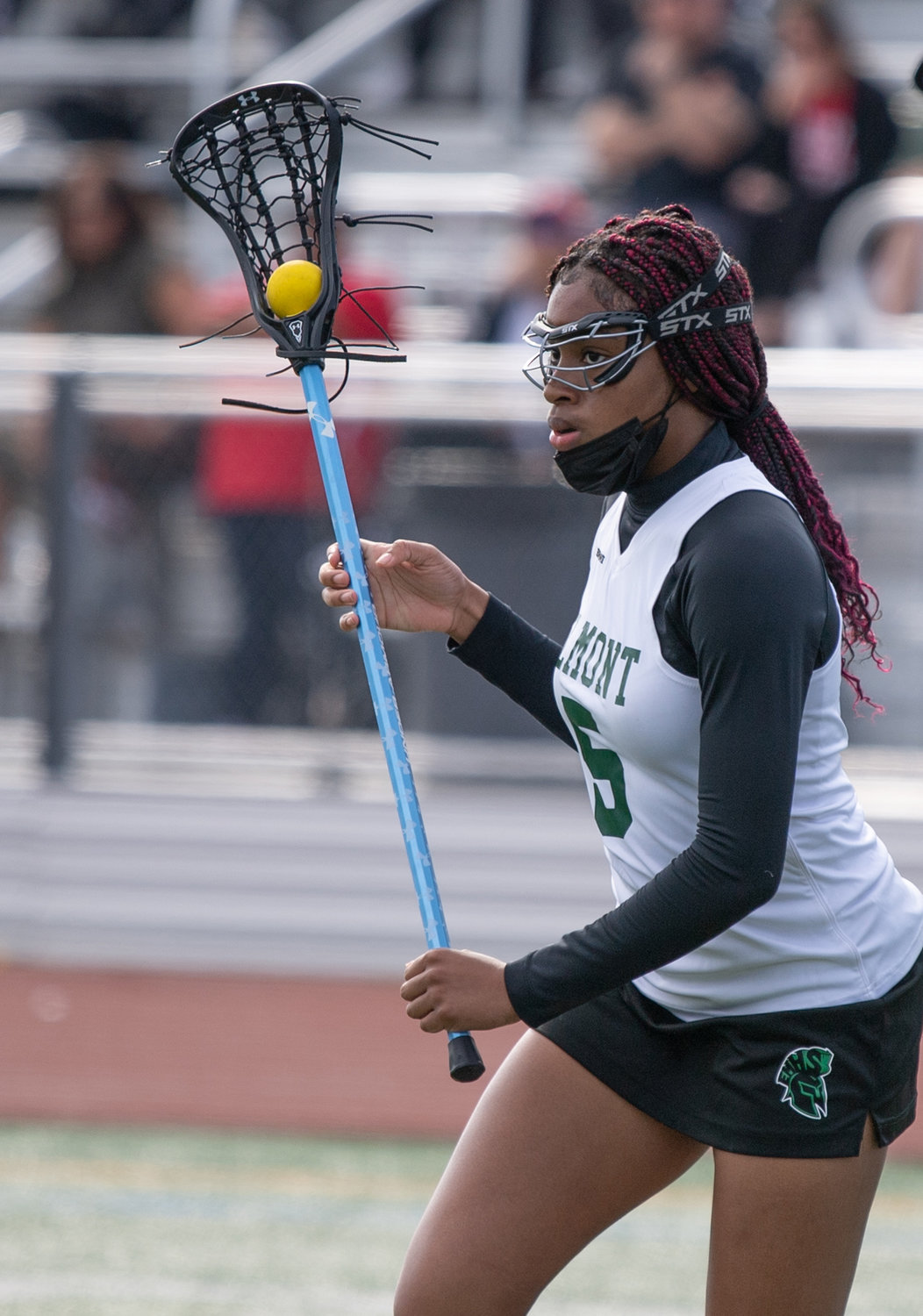 Many things were working for Elmont’s girls’ lacrosse through its first four games of the season. The team currently has a 2-2 record, yet the Spartans have been competitive in every matchup.

Coach Kemola Webster has been elated with the way her roster has responded to the early season challenges. “Up to this point in the year; so far, so good,” Webster said. “The girls are gelling. I think we are learning how to work together. A big component of this season is getting the girls used to my style of coaching and getting used to working with each other. My style can be pretty intense and unquestionably they are stepping up and showing that they can do the things I expect.”

The Spartans only carry 18 on the roster, so it has taken a complete effort to achieve what they have so far. Senior attack Orobo Ogbovoh has been a consistent source of offense, as her 13 goals and 17 points have been invaluable. Fellow senior attack Kelsey Parchment has done well initiating offense, as she has had 6 assists. Junior Anaise Novembre was a big factor in both of the wins, posting a hat trick in each one.

The most impressive facet of the Spartans early season play has been how well the underclassmen have stepped up. Freshman Saradjine Simeon has started in goal, and according to Webster has “stepped up in a way that I didn’t even imagine considering she is so young.” Sophomore midfielder Ivie Ihaza has also been a steady contributor, which is supported by her 9 goals. Freshman midfielder Makayla Noel also has been rock-solid, and sophomore Jade Crossfield scored her first goal against Valley Stream District

Not everything has gone perfect for the Spartans, as they have lost two straight following their initial victories against Sewanhaka and Valley Stream District. They lost to Glen Cove 9-5, and then lost a hard-fought double-overtime battle against Freeport, 9-8. For Webster and her squad, all of these experiences are formative and will make the team better in the long run.

“I think we in a good space, Webster said. “We’ve had some success and some experiences that we are able to learn from which is great for us.”

It will be interesting to see how the Spartans progress over the remainder of the season. Considering the dedication Webster said the girls have demonstrated up to this point, she’s confident they’ll finish strong.

“We’re about halfway through the season now, so we are looking to continue our growth and get more experience in the second half and then see where it takes us from there,” Webster said. “The girls are so motivated to do well, and it keeps them excited, so I look forward to seeing what they have in store. I think they’re going to bring everything that they have and leave it out on the field each game.”

Only one of Elmont’s final four games is at home: May 4 at 5 p.m. versus Great Neck North.