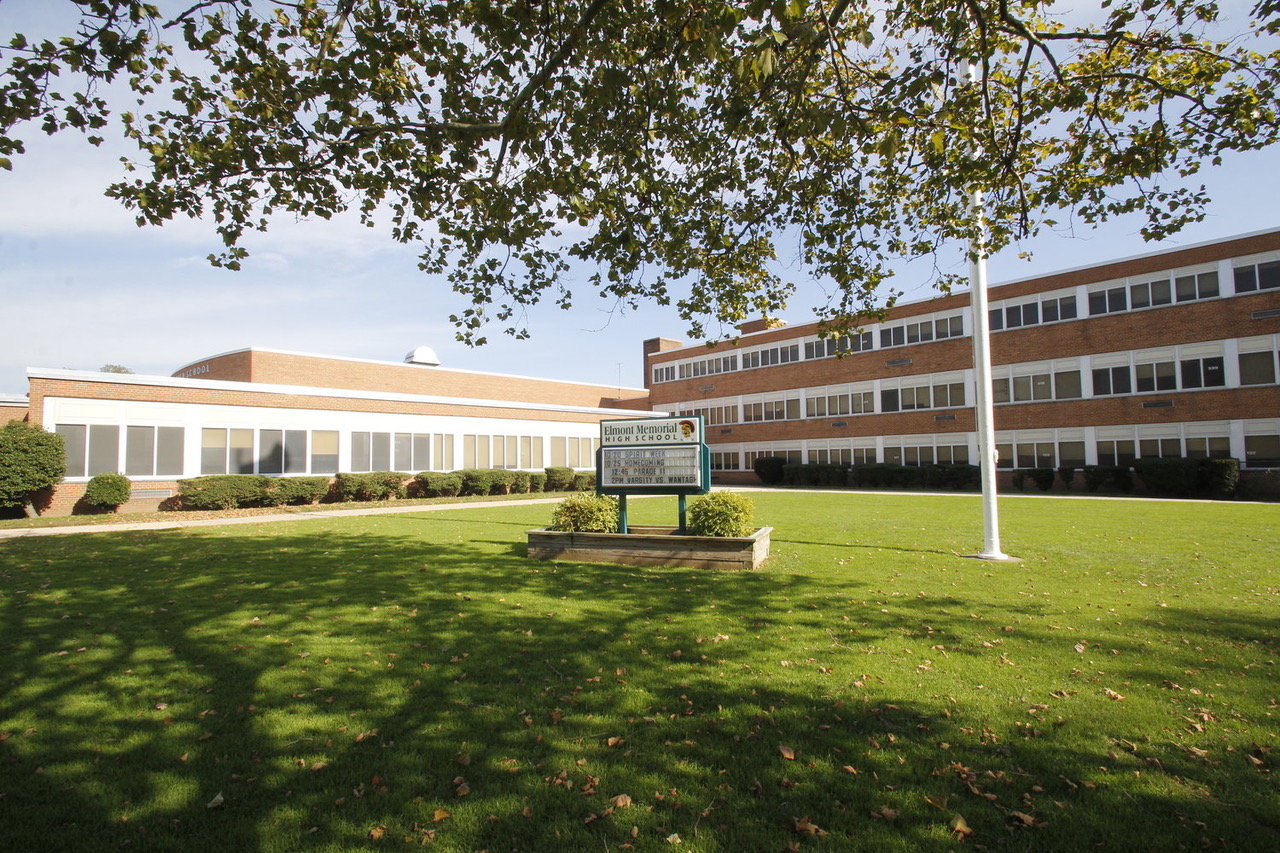 The Elmont school district’s diversity, equity and inclusion policy was created after the killing of George Floyd two years ago.
Christina Daly/Herald file photo
Four phases of the DEI plan

•Phase I: Overview and self-reflection (early to mid-2021) - Inform community, faculty and staff about the current school policies and procedures regarding the district’s equity and diversity practices.

•Phase II: Examining climate and culture (end of 2021) - Promote meaningful interactions between community, staff and students to promote equity in teaching and learning.

•Phase III: Assessing and teaching and learning (early-mid 2022) - Examine the impact and influence race, culture, language and ethnicity have on the district’s curriculum and instructional practices.

Two years after the Elmont Union Free School District took action to create more diverse, inclusive school environments, curriculum and opportunities for students following the nationwide reckoning spurred by the police killing of George Floyd, the district’s four-phase diversity, equity and inclusion program and its implementation of the My Brother’s Keeper program are in full swing.

“We must have the conversation about how we can celebrate diversity and how we can provide equity in all our buildings,” Dr. Tameka Battle-Burkett, vice president of the district Board of Education, said, stressing that open discourse about diversity and equity, and pursuing those goals in schools, is necessary.

In November 2020, the district released a statement condemning racism and affirming that its schools were equitable, anti-racist environments. To that end, and to counter historical inequities, it crafted a DEI policy.

Phase I of the plan, which was undertaken in early to mid-2021, focused on outreach to the Elmont community and district staff to discuss policies that might require change. Phase II, which took place at the end of last year, included a closer examination of the culture and climate of district schools and an assessment of ways to promote equity in teaching and learning.

Phase III, which is now underway, focuses on assessing teaching and learning and features a curriculum review that will address the impact of race and ethnicity on how students are taught.

While Battle-Burkett said the rest of the plan will take time to implement, she added that she expects that its goal, to help students prepare for college and careers beginning in elementary school, will ultimately be realized. “We are going to equip them with all of the skills that they need to be civic-minded, critical thinkers, 21st-century digital innovators,” Battle-Burkett said.

Elmont was the first school district in the state to implement a program with similar goals: My Brother’s Keeper, which was created by the Obama administration and seeks to provide opportunities for young male students of color. That, school board President Michael Jaime said, includes instructional help, and programs that those students normally do not have access to.

In Elmont, student Fellows of the program who attend Sewanhaka High School are currently mentoring elementary school students, doing community service and reading literature chosen by the coordinator of the state MBK program.

“It provides the young boys and young men with an outlet to discuss things that are happening when they normally wouldn’t have that opportunity, and then be able to get out and do outreach,” Jaime said, adding that the program also improves students’ educational outcomes.

Mike Gayle, an Elmont resident and a college-level educator, said he agreed with the overall goals of the plans and lauded the school district, but expressed concerns about how ideas about diversity, equity and inclusion can be applied to curriculum on the elementary level.

“It just needs to be very clear and transparent, with where they’re heading with that, so parents know in advance what they’re really getting,” Gayle said.

The district, Jaime said, partnered with the New York State School Boards Association to review its policies to ensure that they were in line with the ideals of the DEI plan. “Anything found to be punitive were addressed, changed or removed to be more in line with an inclusive environment,” Jaime explained.

As an example of curriculum added as a result of the DEI plan, he noted the district’s Inclusive Community Read program, which uses literature to show students others’ lives and cultures while helping them reflect on their own lives, so they simultaneously see themselves in the text they read and imagine future opportunities for themselves.

The program includes the display of works of more diverse authors as well as a more inclusive portrayal of history throughout school buildings, Jaime said, which parents will soon be able to see as the district begins showcasing them to the Elmont community.

Jaime said that communication with students’ parents and the community at large is a key goal of the DEI plan, to strengthen ties among them. “Often, residents in a community as diverse as Elmont feel nothing is done to celebrate diversity or help families acclimate to school communities and actively participate in their child’s education,” he said.

Another key aspect of the DEI plan has been the training of staff. The district partnered with Eastern Suffolk BOCES to help train personnel, central office staff and then administrators in Elmont’s schools, Jaime said.

Gayle said that while he supports training educators and staff on DEI policies, he believes this approach may be unnecessary, given that many teachers who retired because of the coronavirus pandemic have been replaced by younger educators who recently left college and require less training.

He called instead for hiring more diverse educators who live in Elmont. “We need to see more Black and brown teachers,” Gayle said. “Kids need to see themselves. That’s the best way you can do diversity, equity and inclusion — by representation.”

Jaime agreed: “‘Diversity is our strength’ is the motto Elmont prides ourself on,” he said, adding that he believed the plan was working to achieve a more diverse, inclusive environment.

On May 6, Jaime and three members of the district staff, including Wellingthon Garcia, the director of curriculum and instruction; Natalie Nelson, assistant principal of the Carla H. Carlson school; and Dimitri Bernadel, the district’s ENL coordinator, were named the first annual Regional Equity Champions by Eastern Suffolk BOCES.