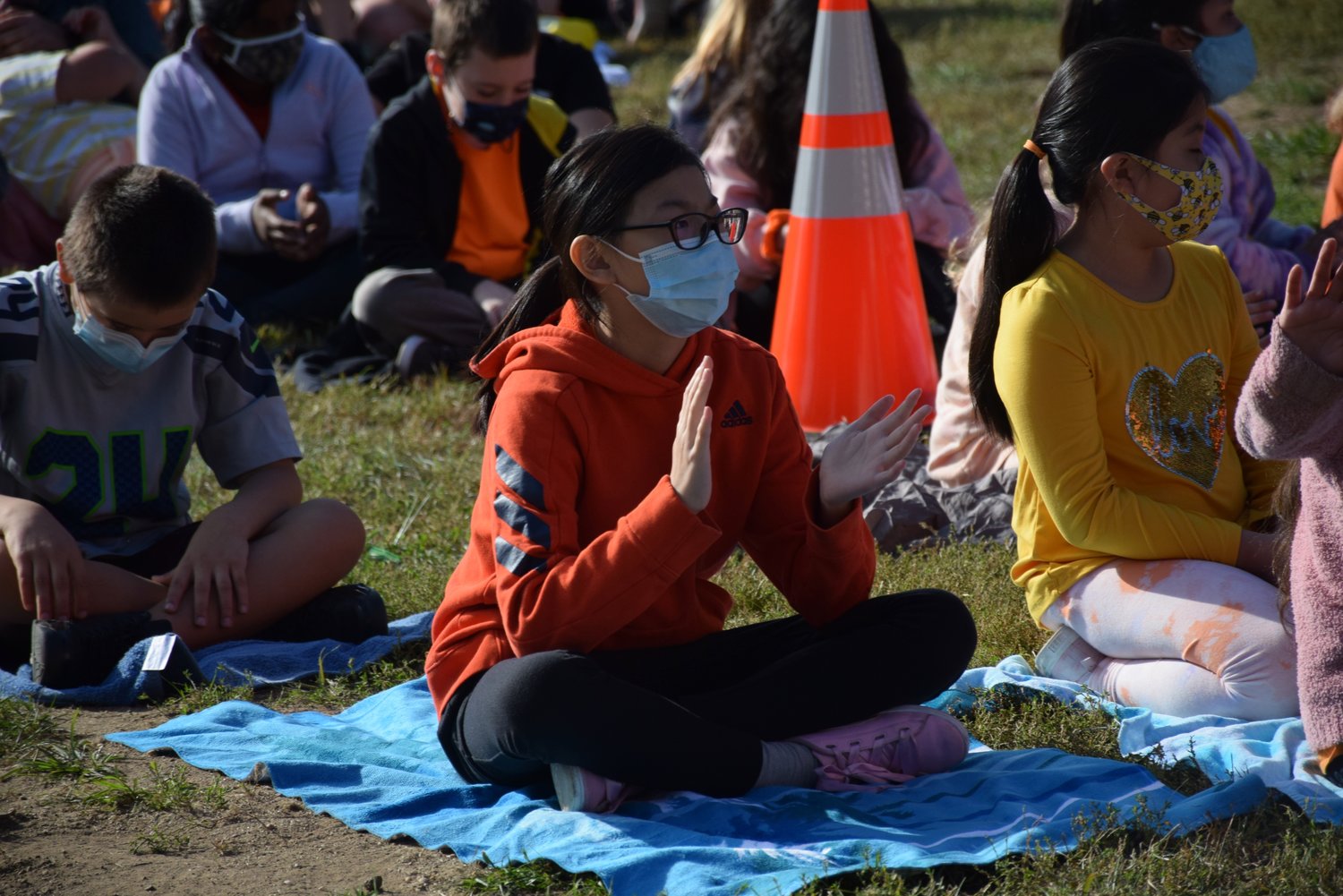 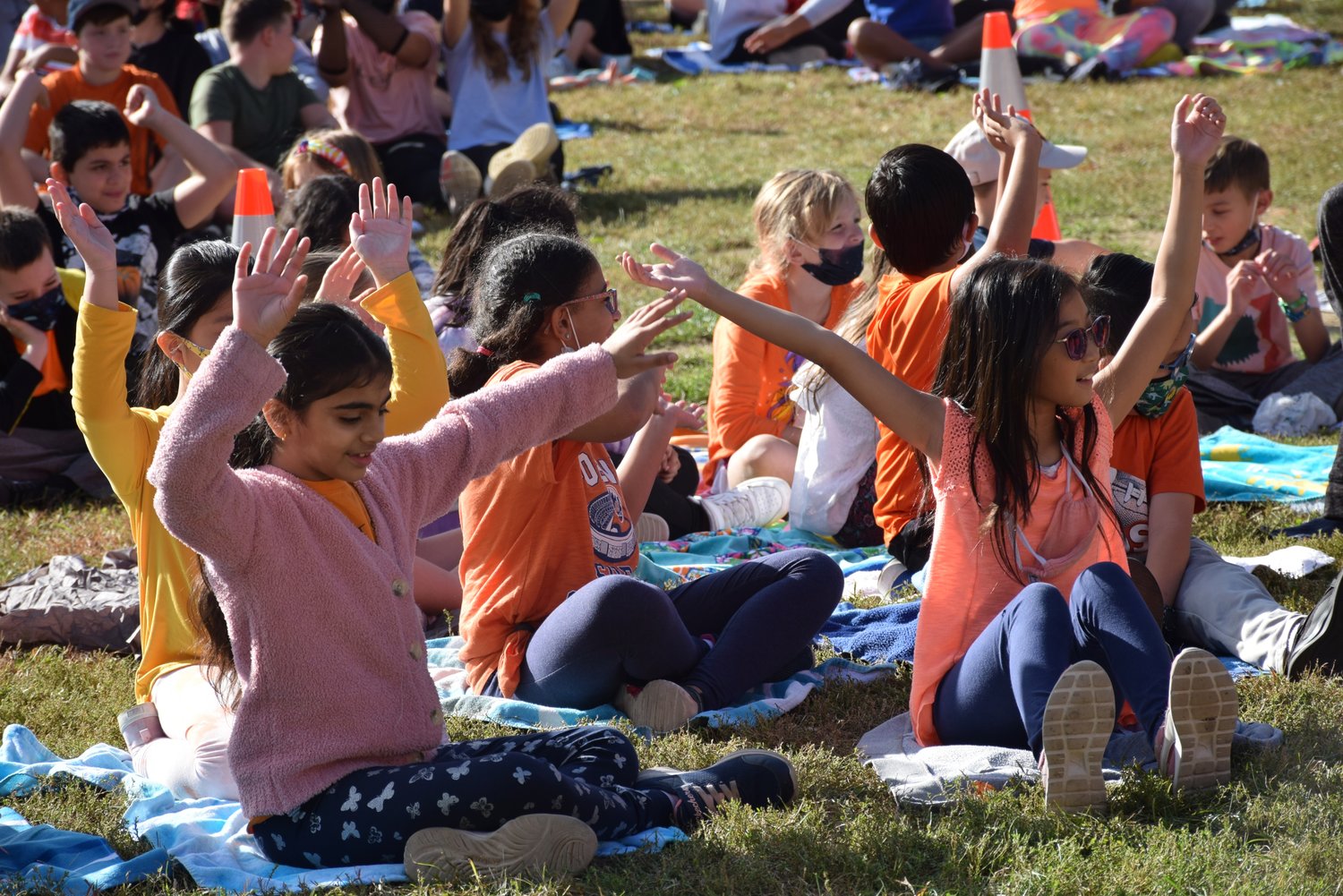 Singer-songwriter Jared Campbell has performed at the school for the past seven years.
Courtesy Floral Park-Bellerose Union Free School District
Previous Next
By Robert Traverso

Students at John Lewis Childs School in Floral Park participated in an outdoor assembly on Oct. 20 to mark this year’s Unity Day, the signature event during National Bullying Prevention Month. Singer-songwriter Jared Campbell performed at the event, and students and staff dressed in orange to support the anti-bullying cause of Unity Day.

Campbell, who has performed at the school for the past seven years, performed a number of songs that featured a character-building message, according to a statement released by the Floral Park-Bellerose school district about the assembly. “His songs focused on kindness, respect and positive character-building messages,” the statement said. Campbell also interacted with students, answering questions and sharing personal stories, in between the songs.

“Think about what you’re going to do to spread kindness,” said school principal Susan Fazio at the assembly, according to the statement. “We want it to be contagious at JLCS,” the principal added.