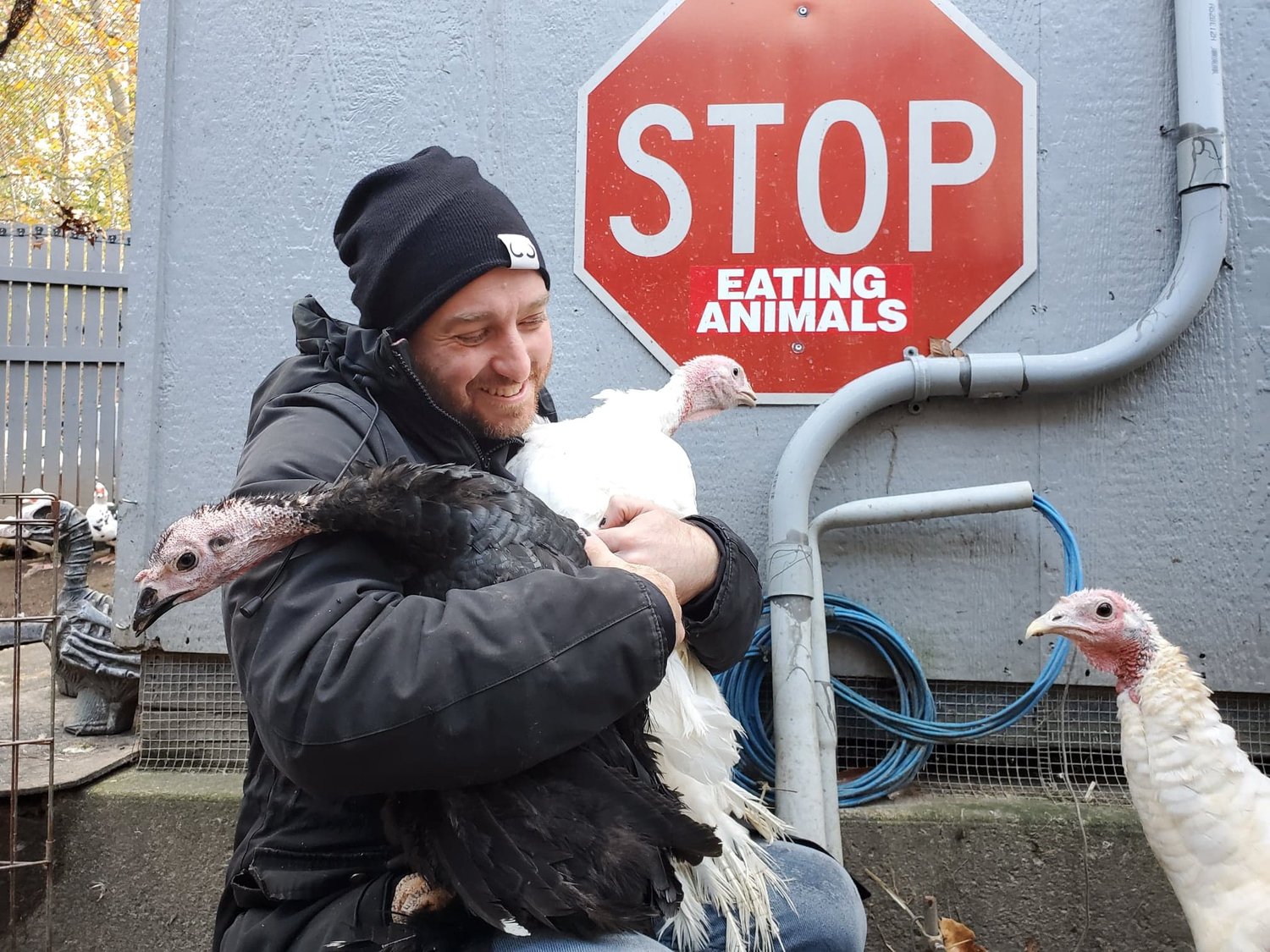 Thanks to the Humane Long Island organization, four domestic turkeys were saved from being Thanksgiving dinner. Founder and animal rights activist John Di Leonardo said one of these turkeys included an almost five month old turkey that was found at 4 a.m. abandoned outside of the Belmont Racetrack on Hempstead Turnpike in Elmont.

The end of the young turkey’s beak was cut off and her toes were mutilated, Di Leonardo said.

“She was freezing and unable to walk or eat,” he said. “Since warming her up and providing her with necessary vitamins and recovery, she’s walking, eating and learning to love life for the first time.”

Once the turkey fully recovers, Di Leonardo said the plan is to place her in a vegan animal sanctuary along with the three other turkeys the group rescued before Thanksgiving. Two of the turkeys were exchanged for a plant-based Tofurky roast at a New York City live market and another was found with a broken leg on the side of the road in the Hamptons after allegedly falling off a slaughterhouse-bound truck.

Humane Long Island also donated a dozen vegan roasts to staff and volunteers at the Evelyn Alexander Wildlife Rescue Center in the Hamptons, who rehabilitated one of the turkey, and to the Southampton Animal Shelter Foundation.