Franklin Square honors those lost on — and after — Sept. 11 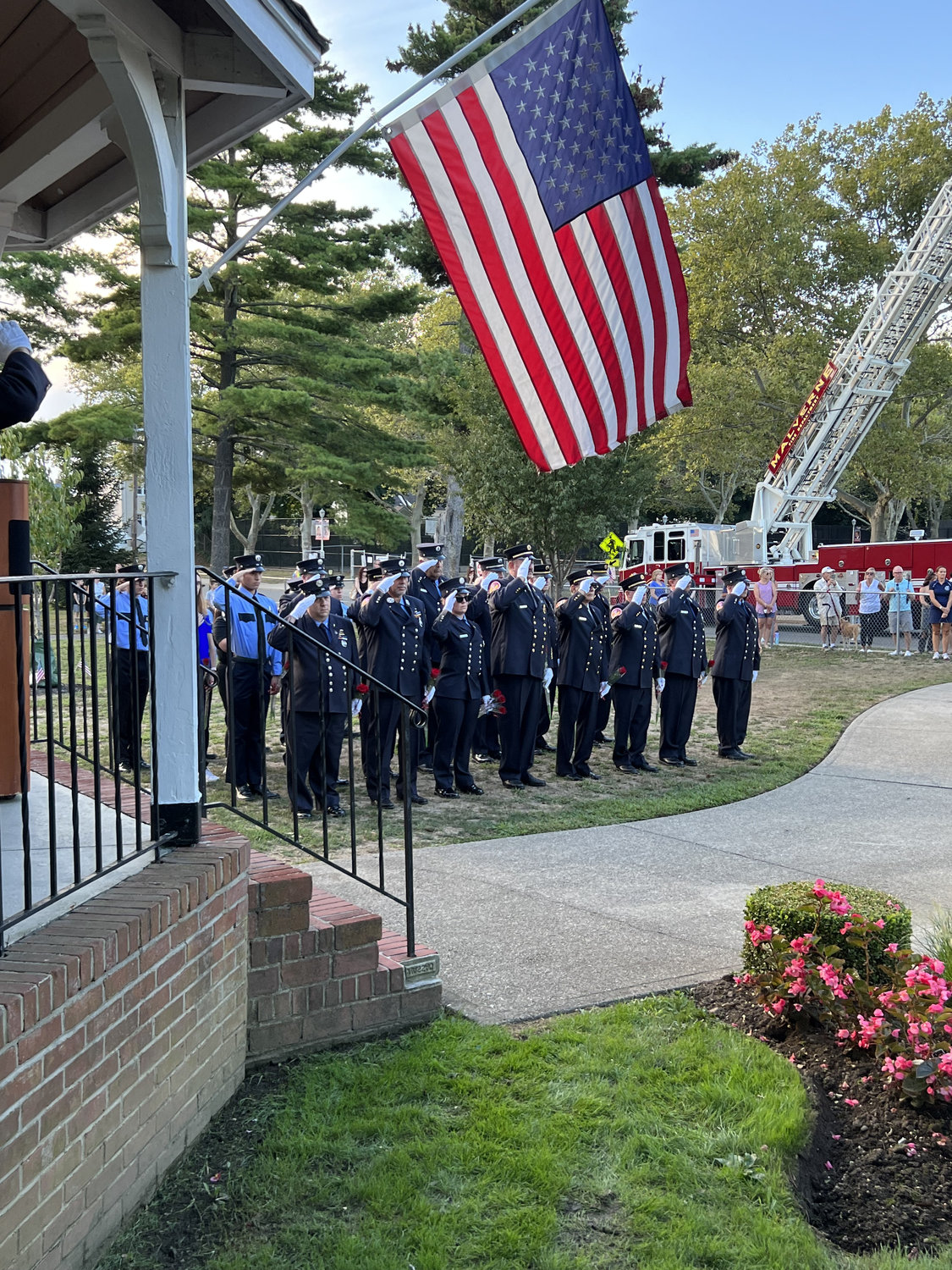 Neighbors gathered last Saturday evening at the edge of Rath Park to remember those lost in the Sept. 11 attacks on the World Trade Center. They unveiled a new stone in memory of Fire Commissioner Joseph Torregrossa and others who have died of 9/11-related illnesses.

The community, Franklin Square & Munson Fire Chief Joseph Gerrato said, gathered to “pay tribute to the enduring spirit of freedom” and to “pay tribute and admire the integrity and commitment” of those who served and sacrificed everything on that fateful day.

“We gather to remember the ultimate sacrifice of all service members that was made that Tuesday morning, in particular by service personnel of Nassau County and our Franklin Square community residents,” Gerrato said.

“The actions of our brothers and sisters are a testament to the resolve of the American spirit,” he added. “They will not be lost in vain.”

The actions of the police and fire departments, Gerrato said, served as an inspiration to the community to give back to one another. “The stone forever will be here, so everybody will be able to reflect,” he said of the new addition to the memorial, which honors Torregrossa, who died last March, and others who have succumbed to illness since the attacks. “Everybody will be remembered.”

“Nineteen men attacked us with a barbarity unequal in our nation’s history,” said Deacon Carol Brosnan, of Ascension Lutheran Church, who gave the invocation. “They murdered people of all colors, creeds and nationalities and made war upon the entire free world.”

Brosnan described Sept. 11 as the modern generation’s Pearl Harbor. “We also witnessed something distinctly American: ordinary citizens rising to the occasion and responding with extraordinary acts of heroism,” she said. “We saw courage from the passengers aboard Flight 93, who recited the 23rd Psalm and then charged the cockpit.”

The losses of that day, Brosnan said, have affected several generations. Children never got the chance to have shared memories with their parents or to be guided through life. She also noted the sacrifice of members of the military, 7,000 of whom have died since Sept. 11.

The Rev. Doug Arcoleo, of St. Catherine of Sienna spoke next. “Like many of the greatest generation can remember where they were when the first Catholic president of the United States of America was assassinated” — and when Elvis Presley died, Arcoleo added — “I would like us all to remember not where we were on 9/11, but where we were on the Sunday after,” he said. “We were in church that Sunday night.”

We were praying, he said, not as Republicans or Democrats, or as conservatives or liberals, or as Mets, Yankees, Rangers or Islanders fans. “We, the people, on that Sunday after 9/11, gathered in church as one nation under God,” Arcoleo said.

Ellen Andrasick, of Franklin Square, a member of the Daughters of Italy, said local communities need to work harder on togetherness, and that the anniversary of Sept. 11 should not be the one time when people come together. Andrasick said she hoped that in the upcoming months there would be less tension and a climate of tolerance and respect that the nation has always fostered.