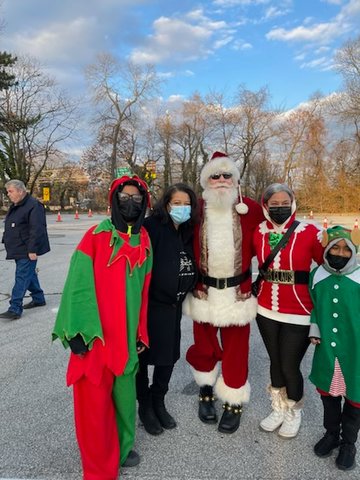 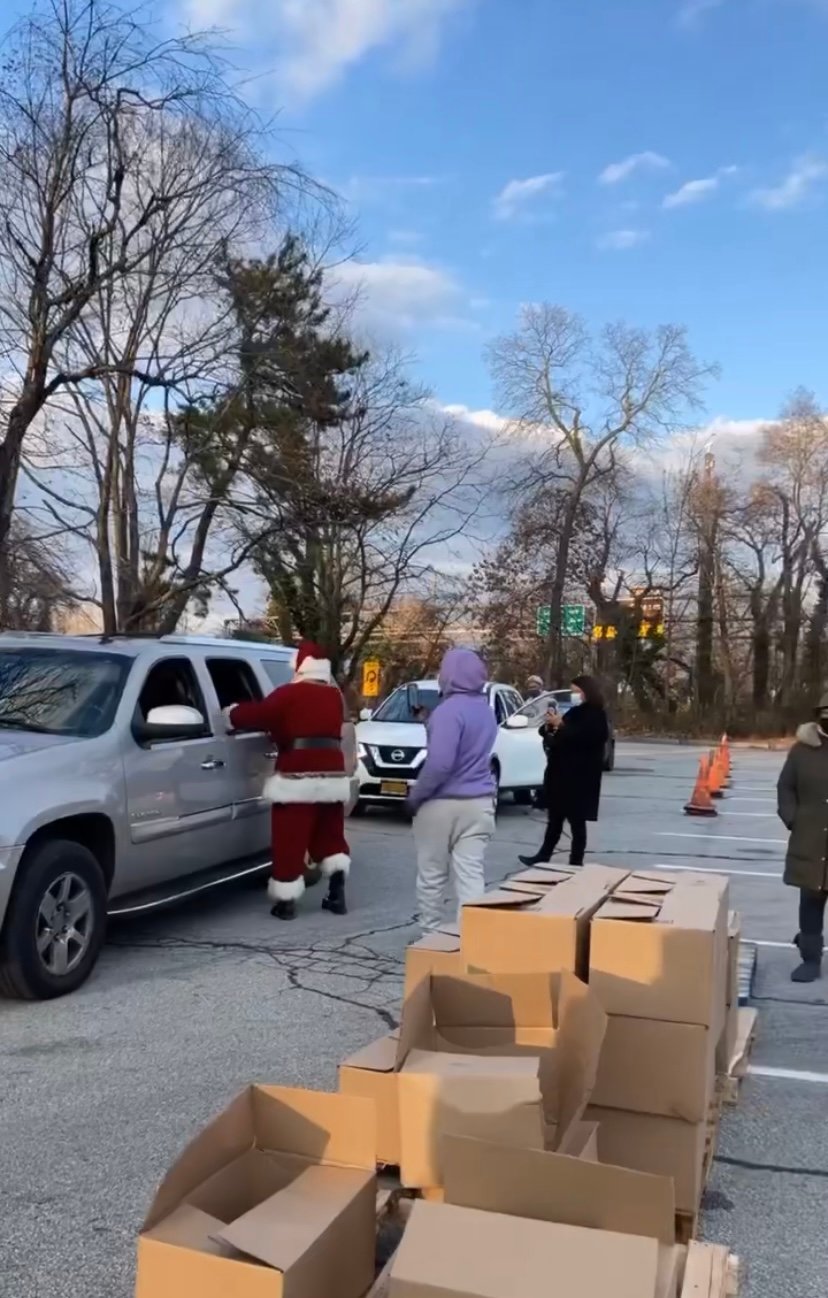 Santa and his elves helped hand out boxes of food so local families could have a holiday meal.
Courtesy Elizabeth Forbes
Previous Next
By Robert Traverso

Ninety-five local families were provided with a meal at a holiday food giveaway held by an Elmont resident’s nonprofit organization on Dec. 22 in Valley Stream.

One hundred cases of produce donated by Island Harvest, which sponsored the event along with the office of New York State Assemblywoman Michaele Solages, were packaged into meals distributed to nearly 100 local families for the holidays.

One holiday meal per household was provided through a drive-through system in the parking lot of Valley Stream State Park off of exit 15A on the Southern State Parkway. Only residents of the 22nd assembly district were eligible for the giveaway, which has been organized in the past by Island Harvest and Solages’ office. Children in each family were also provided with a toy.

Elizabeth Forbes, executive director of the Gift of Giving Foundation, said the event was such a success that one car pulled in right as the event was drawing to a close. “It was actually pretty cool,” Forbes said of the drive-through element of the event, which was implemented because of the rise in coronavirus cases amid the rise of the Omicron variant.

Each family drove through the parking lot after verification that they RSVPed for the giveaway, and then boxes of food were distributed to them within one to two minutes. They were greeted by Santa Claus and his elves, who “shared cheer” with the families in cars, Forbes, who helped package the food together and checked cars at the event, said.

The families Forbes engaged with were “so thankful,” she said. The children, she added, would often “light up” at the sight of the boxed meal before the holidays.

“To know they have a meal for the holidays is nice,” Forbes said, adding that parents who were served food were appreciative of the event. “I definitely can tell it helped, and to know that the community cares and that you’re not alone, that’s what it’s all about,” Forbes added.

“It was nice because we were able to bring smiles to parents and toys to kids,” Solages, who helped hand out meals at the Dec. 22 event, said. “It’s important to help make people happy during difficult times.”

This year’s giveaway was the first collaboration between Solages’ office and Island Harvest and the Gift of Giving Foundation.

“Every little bit helps,” Solages said of the current state of affairs given the surge of cases from the Omicron variant. “It’s tough times.”