Go to the Succos Fair in Cedarhurst Park 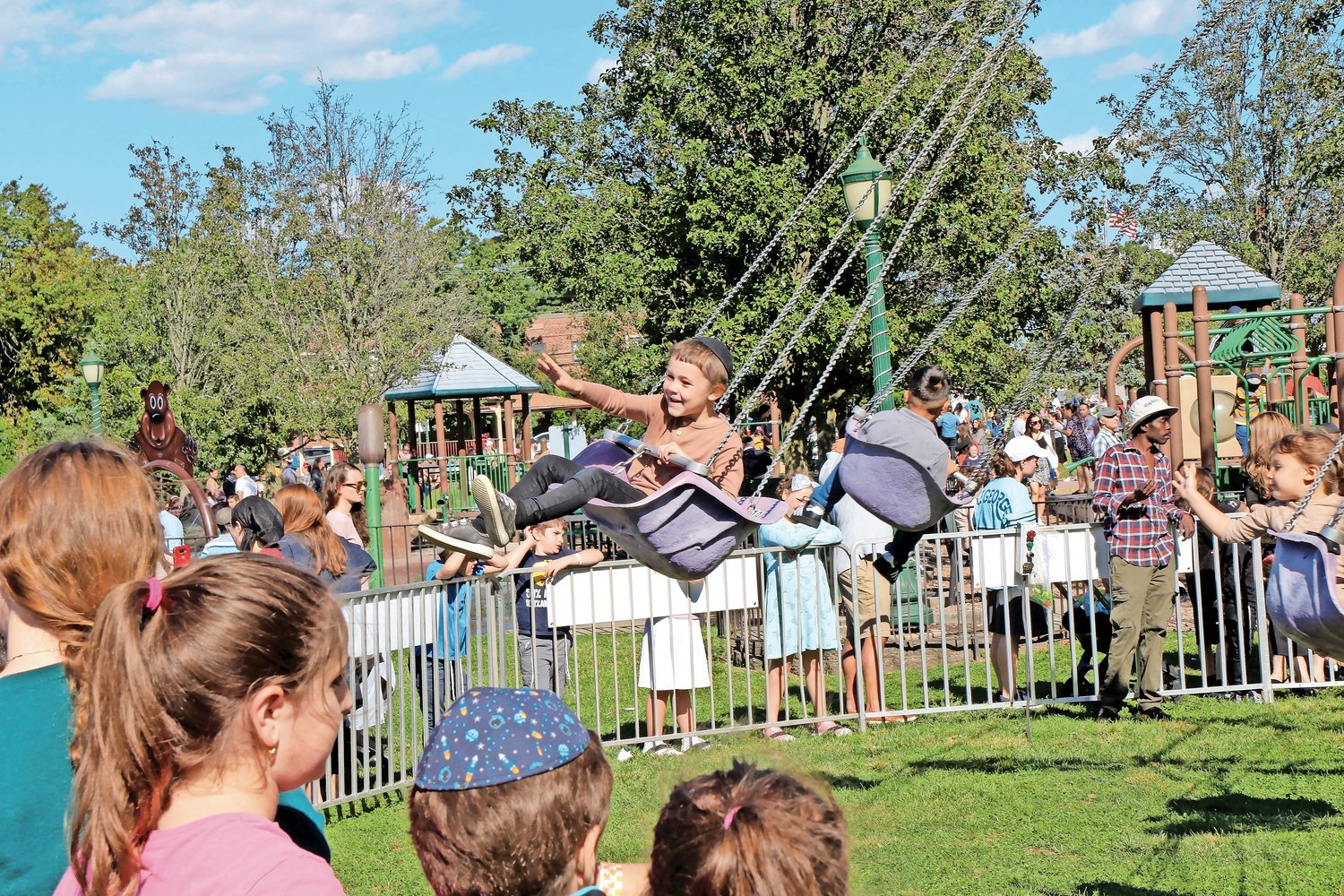 Lieby Waldman, 5, looked like he was having a great time on the swings and waved to his family at the 2021 fair.
Christina Daly/Herald file
By Kepherd Daniel

A partnership between a pair of Five Towns organizations that illustrates the benefits of change in the community will once again bring the Succos Fair to Andrew J. Parse Cedarhurst Park Oct. 12 and Oct. 13.

Succos — or Sukkot, depending on whether you use the Sephardic or Ashkenazi word — marks the 40 years that the Jewish people spent in the desert as they made their way to the Promised Land after being freed from slavery in ancient Egypt.

The fair, now in its third year, began in 2019, but had to skip 2020 due to Covid. Community Chest South Shore, a local nonprofit, ran a three-day fair on Columbus Day weekend for 30 years in Cedarhurst Park, and wanted it to be relevant to the community. So Community Chest collaborated with the Marion & Aaron Gural JCC to operate the fair during Succos, when yeshivas are closed for the holiday and many Jewish people are off from work.

“The community fair was usually over the Columbus Day weekend,” Cal Nathan, Community Chest’s president for the past five years, explained, “but as the community has changed, attendance was waning because many Orthodox people can’t attend on Saturday, so we just thought it was a good idea to transition into the Sukkot fair. We spoke to the Gural JCC about partnering with them, spoke with the village, and were able to secure the dates.”

“It’s something the community looks forward to every year,” Nathan continued, “and we’re honored to partner with the JCC and continue to sponsor family-friendly community events that serve the entire community. We give them roughly $100,000 a year, and part of those funds go to supporting and sponsoring the Sukkot Fair.”

“Feedback has been tremendous,’” said Stacey Feldman, the JCC’s executive director. “Last year we had 4,000 people attend over the two days. It was a great suggestion from the Community Chest South Shore to move the festival to during the holiday of Sukkot.”

The JCC was spawned from the Five Towns Young Men’s–Young Women’s Hebrew Association. The organization eventually became the JCC of the Greater Five Towns and then, in 2015, the Marion & Aaron Gural JCC. Offering a variety of programs and services, the JCC operates out of a building on Grove Avenue in Cedarhurst and the Harrison-Kerr Family Campus in Lawrence.

This year Succos Fair festivities include family-friendly entertainment, kosher food vendors, concerts, rides, games and a petting zoo. It will take place next Wednesday and Thursday from 10 a.m. to 6 p.m.

Wednesday will feature a performance by musician Benny Friedman, and Eli Marcus will perform on Thursday.

Gary Wallin has been the DJ at the fair all three three years. “What I love about this Sukkot fair and a lot of the stuff the JCC does is that it’s very inclusive,” Wallin said. “The neighborhood is a mixture of Reform, Conservative to very Orthodox, and everyone comes and feels welcome, and I love seeing kids with families not only enjoying the holidays but also each other.”