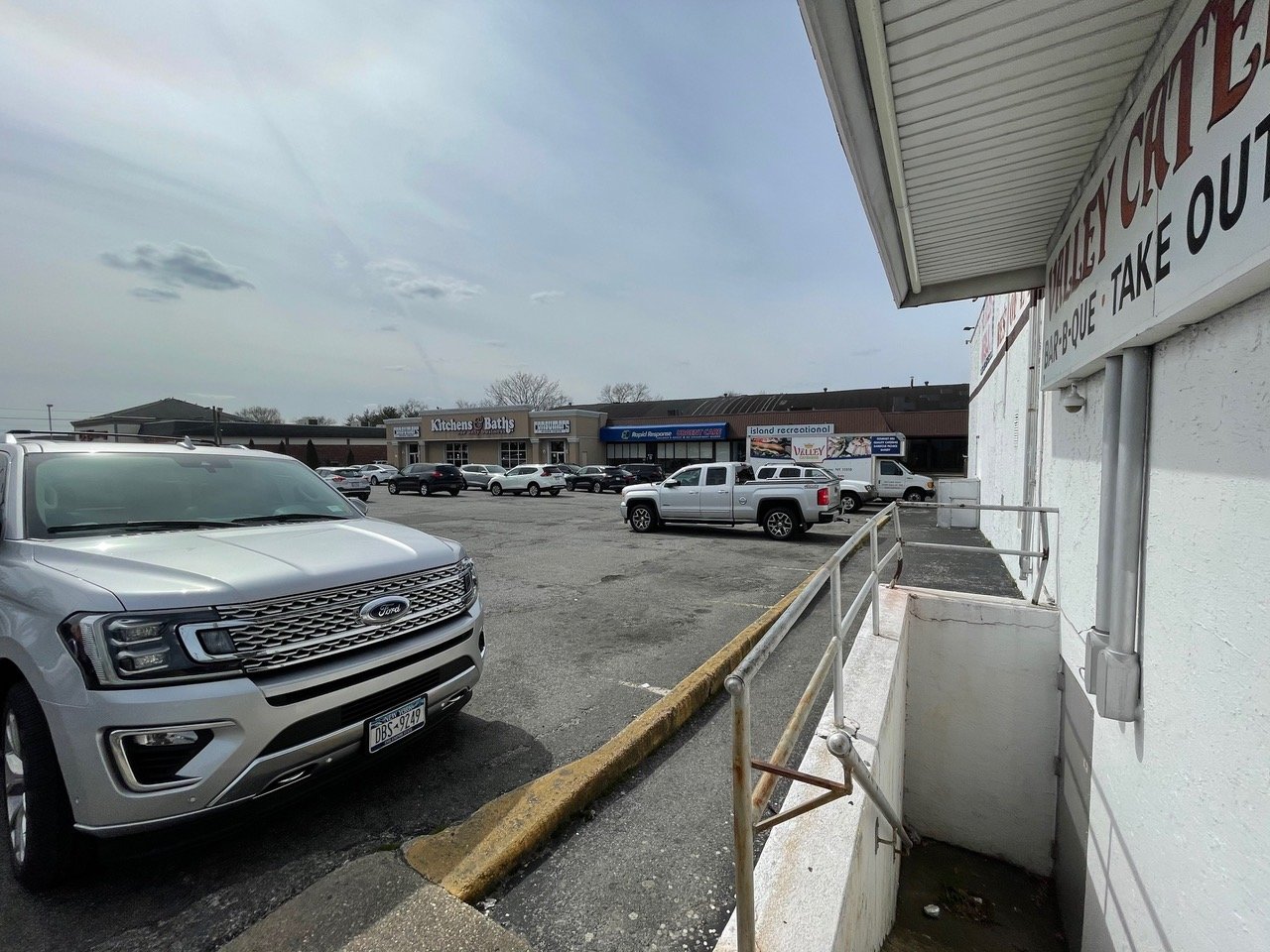 A Town of Hempstead Board of Zoning Appeals hearing on the construction of the storage facility is set for May 11.
Photo Courtesy The Franklin Square Civic Association

Local businesses have joined Franklin Square residents in opposition to the construction of a proposed three-story storage facility at 600 Franklin Ave., near Valley Caterers.

Nearly 700 residents have responded to a survey, created by the Franklin Square Civic Association, to gauge community opinion on the proposal. More than 600 respondents opposed the construction of the storage unit.

Interest in the survey, previously offered only online, has been bolstered by its distribution in printed form by five businesses in town.

Lisa DelliPizzi, president of the Chamber of Commerce, who helped civic association President Frank Culmone share the survey, said she was contacted by a number of local business owners who said that some customers who were either uncomfortable with or unable to access the survey online had asked how they could register their opinions on the proposed facility.

“’What can I do to voice my opinion?’” DelliPizzi said residents have been asking local business owners. So the association and the chamber teamed up to create yellow printed versions of the survey.

“I didn’t think people would want to get this involved,” DelliPizzi said. She stressed, however, that the effort by local stores to help residents voice their concerns does not shock her. “Franklin Square has community spirit,” she said. “We’re a community that sticks together.”

DelliPizzi said that the five local stores, which she did not name, have designated space in their businesses where the surveys can be filled out. She acknowledged that the holidays had slowed the pace of activity, but said she expected it to pick up again this week.

Nauman Hussain, the owner of the Franklin Square gym Synergy Fitness, has requested variances, legal rights to alter structures contrary to zoning rules, in order to knock down a building owned by the gym and re-build the storage facility.

Bigger than the current building, the storage facility would be located in a shopping center just south of Valley Caterers that currently houses Consumers Kitchen and Bath, Rapid Response Urgent Care and the former Island Recreation building.

Dawideit said in a previous Herald story that construction of the storage facility would prevent delivery trucks from delivering products to Valley Caterers, which would effectively cripple his business. He was notified of the plan 10 days prior to a scheduled April 6 hearing that was adjourned until May 11.

Hussain attempted to build a three-story storage unit in 2019, near the corner of Hempstead Turnpike and Franklin Avenue, that triggered community resistance.

Chris Browne, Hussain’s attorney, denied in a voicemail message that the latest application for the storage facility on Franklin Avenue either involves or affects Valley Caterers.

Legal representation for Valley Caterers is seeking a compromise with Browne that would limit the size of the storage facility to ensure that it does not encroach on points of access for the delivery trucks that Valley Caterers depends on.

“All businesses should be protected,” said DelliPizzi, adding that she planned to push for legislation after next month’s hearing that would make it illegal for development to disrupt the operations of mainstay businesses like Valley Caterers, which has been operating in Franklin Square for over 50 years.

Culmone has emphasized that many Franklin Square residents oppose the plan because they believe that a three-story structure in the hamlet, which is home to buildings mostly two stories or shorter, would negatively affect its architectural character.

The printed surveys, he said, have been an asset in spreading the word about the proposed facility. “We don’t want to leave anyone out,” said Culmone, who has stressed that while the civic association is eager to take a stand against the facility, it is working instead to amplify the voices of residents.

The hard-copy surveys are a great way to reach residents who do not use the internet to ensure that their voice is heard. “Everyone is entitled to their opinion,” Culmone said.